‘He Was Pushing Her Under the Water’: Florida Man Accused of Attempting to Murder Girlfriend Who Appeared on 90 Day Fiancé 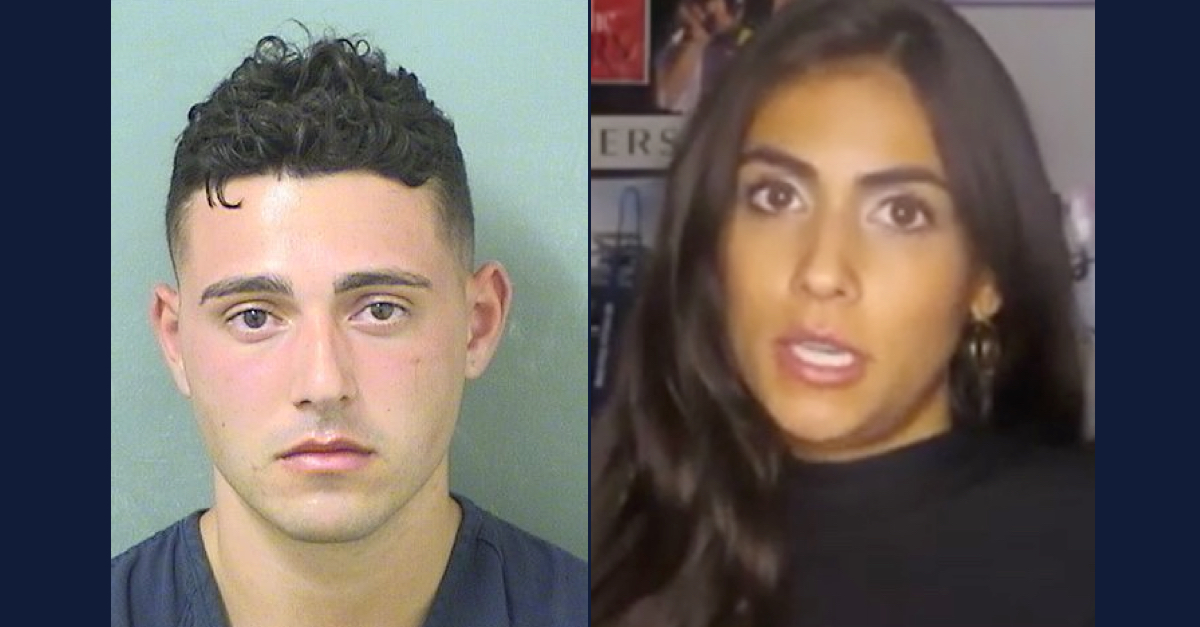 The boyfriend of a woman who appeared on the TLC reality TV show 90 Day Fiancé: Happily Ever After? is accused of trying to kill her over the weekend during an annual boating event in Florida.

Cole Goldberg, 23, is charged with attempted first-degree murder after police say he tried to strangle Caroline Schwitzky, 32, as the two were on a boat on Sunday.

Officers with the Florida Fish and Wildlife Conservation Commission (FWC) were waved down while patrolling the waters of Lake Boca Raton on Sunday. When they arrived at the boat, they found Schwitzky on board and Goldberg in the water.

After pulling Goldberg out of the lake, officers starting interviewing witnesses who saw Schwitzky and Goldberg arguing.

“Caroline tried to get away from Goldberg, to which he was holding her, preventing her to get away,” the police report said. According to one witness, Goldberg was grabbing Schwitzky “very aggressively” and keeping her on the boat. He allegedly grew increasingly aggressive, and Schwitzky “began punching his arms to let her go.”

Schwitzky apparently jumped off the boat and swam to a boat that held the people who would later flag down the FWC officials.

“He jumped in after her,” the police report says. “Caught up to her, and it appeared that he was pushing her under the water.”

Other witnesses told a similar story.

“The man grabbed her by the throat with both hands attempting to strangle her and was holding her under the water in a complete rage,” the report said, paraphrasing what witnesses told the officers. “We were yelling to him but he seemed unresponsive and kept holding her under.”

One witness said that their husband and sister-in-law jumped in the water to pull Schwitzky up while other people on the boat tried to keep Goldberg away.

“His friends also witnessed this and would not let him back on the boat,” witnesses said. “They then drove away and let [sic] him in the water. We called 911 as he was hanging on to our boat.”

Another witness on the boat to which Schwitzky swam said that they had tried to use a makeshift weapon to keep Goldberg away from her.

“[A] young woman asked to use our flotation device because she was tired from swimming,” the witness said. “Then a young man came up from behind her and grabbed her by the neck and pushed her underwater, he held her under water.”

When someone tried to pull Schwitzky away from Goldberg, the witness said, ” I grabbed the boat hook and told him I would strike him with the pole.”

Officers noted that Caroline had bruises on her arms and legs, while Goldberg had “bruises on both knees and scratches.”

Goldberg is also charged with battery.

Schwitzky told officers that she and Goldberg had been dating for about a year and that the couple did not live together.

The altercation happened during the “Boca Bash,” an annual boat party event in Lake Boca Raton.

Schwitzky, a talent agent, appeared on the show 90 Day Fiancé: Happily Ever After? in 2016, according to People.

Representatives for TLC, the network behind 90 Day Fiancé, did not immediately respond to Law&Crime’s request for comment.

Court records show Goldberg has been released from custody. A judge issued an order that he not contact Schwitzky or any other witnesses.