‘He Penetrated Me With His Fingers’: Joe Biden Accused of Sexual Assault 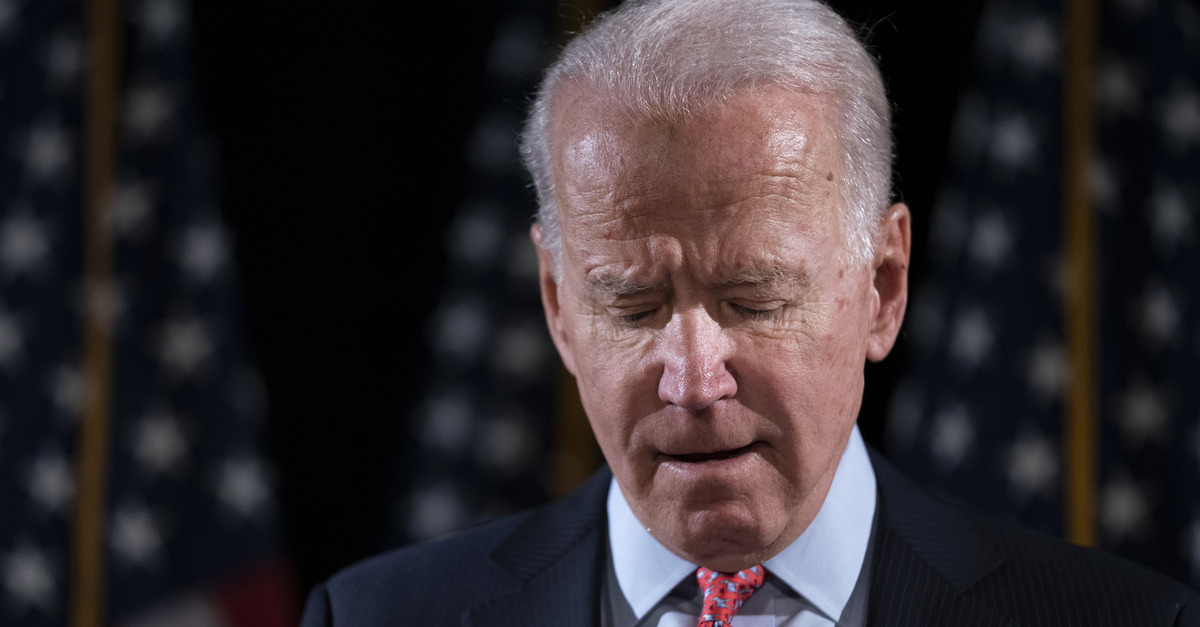 Democratic Party presidential candidate Joe Biden has been accused of sexual assault by one of his former Senate staff assistants. According to the alleged victim, Biden forcibly penetrated her against her will with his fingers in Washington, D.C. in 1993.

“I remember the assault itself, and then the aftermath, and the reverberating effects of that,” Tara Reade said during an appearance on Rising with Krystal and Saagar on Hill TV Thursday. Reade said that “there are spots” where her she doesn’t remember certain aspects of the alleged incident because she has “worked so hard not to remember it anymore.”

“I was walking to the Capitol and to the Russell Building to go down the stairs,” she said. “It was somewhere in either the Russell or the Capitol. I’m not sure, all told. But we were in a semi-private place; it wasn’t completely private. He was, at first, talking to someone, they went away, and then he said ‘Come here,’ and then when I gave him the gym bag, it happened all in one motion almost.”

“And he had me against the wall,” Reade continued. “And then his hands were down my skirt and up my skirt. And I was wearing–I wasn’t wearing stockings underneath. And then, with his hand, he went from there and entered me–with his hand–and as he was trying to kiss me, and saying things to me.”

“Everything kind of happened at once but there were incremental parts to it,” she added during her Rising interview.

He was trying to kiss me, and I was pulling away. And what I remember of that time is feeling really shocked and surprised because there was no real conversation right beforehand. There was no precursor. It just happened. And then, when he did that, I was obviously pulling away. And he pulled back and said, you know, ‘Come on man, I heard you liked me,’ something to that effect. And that’s what kind of jolted me–I was trying to think what I did wrong to bring that on to me. He looked angry and irritated with me.

“And I–that’s when I knew it was really–I was in a very difficult position because he was my boss and he was like my dad’s age at the time. And I trusted him. I looked up to him. And I–it was not like I disliked him. I liked him but I just didn’t like him in that way. It was just shocking. It was shattering, actually. And he said to me, when he pulled back, he pointed his finger at me, he said, ‘You’re nothing to me. You’re nothing.’ And he straightened his clothes and he went away.”

Reade initially made the accusation during an interview on The Katie Halper Show on Wednesday.

“We were alone and it was the strangest thing,” she told the Rolling Stone journalist. “There was no exchange, really. He just had me up against the wall. And I was wearing, like a skirt, you know, a business skirt, but I wasn’t wearing stockings. It was kind of a hot day that day. And I was wearing heels. And I remember my legs had been hurting from the marble, you know, of the Capitol–like walking. So, I remember that kind of stuff. I remember, like, I was wearing a blouse and he just had me up against the wall and the wall was cold.”

And I remember he–it happened all at once–the gym bag, I don’t know where it went. I handed it to him and it was gone. And then his hands were on me and underneath my clothes. And then he went–he went down my skirt and then up inside it. And he penetrated me with his fingers, whatever. And I–he was kissing me at the same time and he was saying something to me. He said several things and I can’t remember everything he said. I remember a couple of things. I remember his saying, first, like as he was doing it, ‘Do you want to go somewhere else?’ and then him saying to me, when I pulled away, he got finished doing what he was doing and I, how I was pulled back and he said, ‘Come on man, I heard you liked me.’ And that phrase stayed with me because I kept thinking what I might have said. And I can’t remember exactly if he said ‘I thought’ or if ‘I heard.’ It’s like he implied that I had done this.

“For me, everything shattered in that moment because I knew we were alone, it was over,” she continued. “He wasn’t trying to do anything more. But I looked up to him. He was like my father’s age. He was this champion of women’s rights in my eyes and I couldn’t believe it was happening. It didn’t seem–it seemed surreal. I just–I knew–I just felt sick.”

Reade is one of eight women who previously accused Biden of sexual harassment and inappropriate touching in early 2019. Former Nevada State senator Lucy Flores sparked that raft of accusations, but the concerns were largely dismissed.

At the time, Reade’s accusations were limited to allegations that she was objectified, inappropriately touched by Biden, and later retaliated against after complaining. She now says she wanted to come forward with the additional allegation but was afraid to do so because she was smeared as a Russian agent by the former vice president’s allies.

Reade was reportedly initially encouraged, but ultimately shut down, by the Time’s Up Legal Defense Fund–the organization which handles #MeToo claims for the National Women’s Law Center–because the group feared that launching litigation against someone running for president might jeopardize its nonprofit status.

As of May 3, 2019, the District of Columbia eliminated the statute of limitations on all sex crimes. Before that date, the statute of limitations was 15 years for sexual abuse (which is the District of Columbia’s term for rape) in the first and second degrees and 10 years for sexual abuse in the third degree.

Law&Crime repeatedly reached out to the Biden 2020 campaign for comment on Reade’s claims over the past two days, but no response was forthcoming at the time of publication.

On Friday, Biden’s campaign denied the sexual assault allegation by issuing a statement to Fox News.

“Women have a right to tell their story, and reporters have an obligation to rigorously vet those claims,” Kate Bedingfield, Biden’s deputy campaign manager and communications director said. “We encourage them to do so, because these accusations are false.”