GOP Opponent Says Gov. Inslee ‘Has His Knee On the Neck of Business Owners’ and ‘They’re Suffocating’ 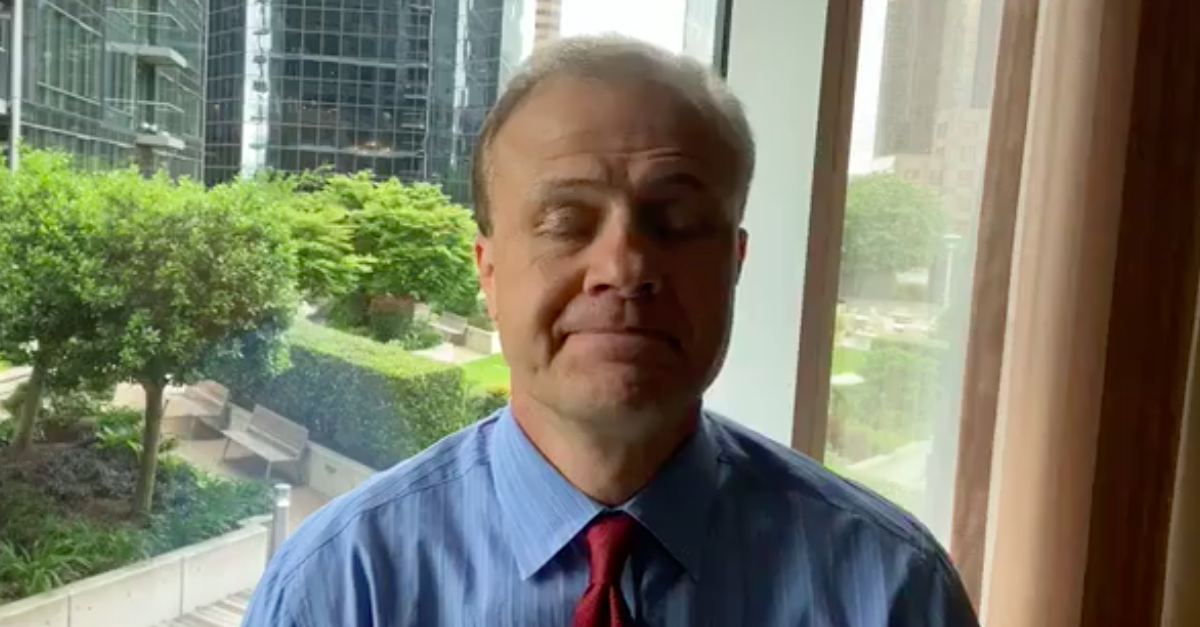 The Republican candidate for governor in the state of Washington on Thursday likened the emergency health restrictions put in place by Democratic Gov. Jay Inslee to the actions of former Minneapolis police officer Derek Chauvin, who is charged with second-degree murder in the homicide of George Floyd.  Chauvin was the officer caught on video with his knee on Floyd’s neck for nearly nine minutes.

In a 20-minute Facebook Live video, Republican gubernatorial candidate Tim Eyman attacked Trump nemesis Inslee as “clueless,” saying it was evident that the governor “knows he doesn’t know what he’s talking about” because of “the way he overdoes it when it comes to anyone bringing up a criticism.”

Then, in what he said was a line he’d used before, the Republican challenger compared the effects of pandemic health restrictions on local businesses and non-essential workers to the manner in which George Floyd was killed.

“And so, what I’m leading up to is, I during Facebook Live but very clearly also in [inaudible], I made it very clear that Jay Inslee has his knee on the neck of business owners and citizens throughout the state and they’re suffocating under that,” Eyman said.

Eyman then said he wouldn’t apologize for what he said Tuesday. He said he decided to make a Facebook Live video on Thursday because the media would never let anyone hear his real explanation.

“My immediate reaction was I wanted to put it in writing. I wanted to make sure that I said exactly the way I felt in the response. And as I wrote it – as I poured my heart out on it – I realized they would never ever play it,” Eyman said.

Later, the Republican candidate again compared Inslee’s actions to those of the former Minneapolis cops charged in Floyd’s death, suggesting that the public should be equally outraged.

“People are dying. People are suffering. People are crying out for help and Inslee calls them heartless. George Floyd was killed and were there not a camera to record it, then his passing would gone unnoticed. I refuse to let Jay Inslee get away with inflicting this much pain and suffering upon so many people without the same justified outrage that we all feel for George Floyd,” he said.

See the full video of Eyman’s statement below:

KING 5 asks Tim Eyman if he stands by what he said on Facebook live about Jay Inslee. He will answer them here and now:

Posted by Tim Eyman for Governor on Wednesday, June 3, 2020