Joseph Anderson Killed His Family, Then Himself: Authorities

Four People, Including a 2-Year-Old and 5-Year-Old, Found Dead in Apparent Murder-Suicide 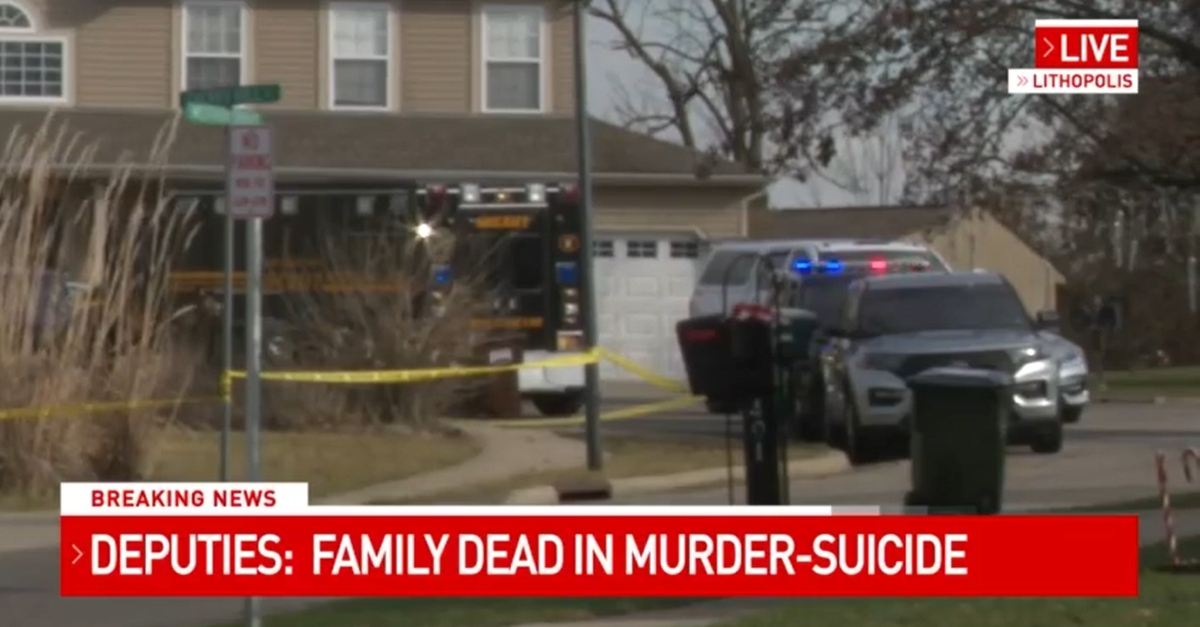 Deputies and police in an Ohio village are investigating an apparent murder-suicide. A family was found dead in Lithopolis on Wednesday morning. Fairfield County Sheriff Alex Lape initially said that a woman and two young children were apparently killed, while a man took his own life, according to WBNS.

The sheriff identified the adults as Kiara and Joseph Anderson, but he did not initially specify their relationship. Lape later named the children as Joseph Anderson Jr., 5, and Jeffrey Anderson, 2.

Authorities eventually said Joseph and Kiara Anderson were husband and wife, and the boys were the couple’s sons, according to WSYX.

Fairview County deputies and Lithopolis police reportedly said they got called about a shooting on Westview Terrace on Wednesday morning. They found the bodies with gunshots wounds when they entered the home, Lape said.

The sheriff did not suggest an alleged motive. The investigation is ongoing.

The FCSO has reported four people died of gunshot wounds in a Lithopolis home Wednesday morning. Deputies are treating it as a homicide-suicide. https://t.co/EvVUo1qYZy

What a terrible, awful, story out of Fairfield County. Prayers up for this family.

“Deputies found the bodies of a man, a woman and two children under the age of five.”https://t.co/jSPgdW1pJ3

The 911 caller got the information about the possible shooting secondhand, according to Lape in a Lancaster Eagle Gazette report.

This is currently being investigated as a homicide-suicide, and there is no reason to suspect anything else, the sheriff said.