Fort Worth Cop Who Killed Atatiana Jefferson Resigned Before He Could Be Fired, Faces Local and Federal Probes 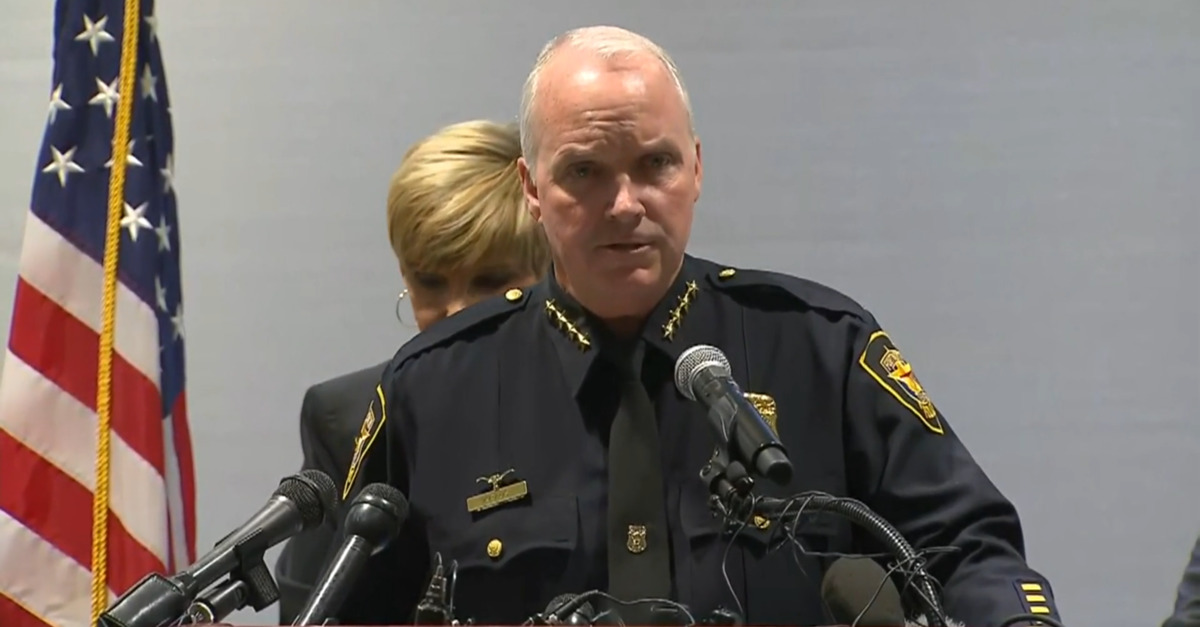 A Fort Worth Police officer who shot and killed Atatiana “Tay” Jefferson has resigned in the wake of the killing. That now-former officer has been identified as Aaron Dean.

Dean was hired in August 2017 and was commissioned as a licensed peace officer in April 2018.

According to Fort Worth Police Chief Ed Kraus, Dean was to be fired today but resigned before the department had the chance to give him the boot. Paperwork will reflect that Dean was dishonorably discharged, Kraus said during a press conference Monday.

“The officer who shot Atatiana was served his written administrative complaint on Sunday,” Kraus said. “At that time he was also placed on detached duty and stripped of his badge and firearm. My intent was to meet with him today to terminate his employment with the Fort Worth Police Department, however, the officer tendered his resignation this morning before we met.”

All indications from the press conference suggest that Fort Worth officials will likely charge Dean with a crime.

“Even though he no longer works for the city we will continue the administrative investigation as if he did,” Kraus added.

In a preemptive attempt to quell concerns from community members, Kraus stressed that two separate investigations were currently looking into Dean’s killing of Jefferson.

“I demand a thorough, transparent and speedy investigation,” Kraus said. “This will not be an opportunity for us to make excuses but rather to investigate this case to the fullest to provide the justice we all seek for Atatiana.”

“Had the officer not resigned I would have fired him for violations of several policies including our use of force policy, our de-escalation policy and unprofessional conduct,” Kraus said.

The interim police chief said that Dean was no longer protected by the state’s civil service law and that his name and identification number were now public information. Kraus also said that Dean likely faces local criminal charges and possibly federal charges as well.

“We have also presented a preliminary case to the FBI to review the officer’s actions for potential civil rights violations,” he said.

Fort Worth Mayor Betsy Price later addressed the media and apologized for the incident.

“The entire city is in pain. As a mother, a grandmother, a sister, an aunt: I can’t imagine anything worse and I am so sorry,” Price said. “On behalf of the entire City of Fort Worth, I’m sorry. To Atatiana’s family: it’s unacceptable. There is nothing that can justify what happened on Saturday morning. Nothing.”

Jefferson was gunned down by Dean during the early morning hours on Saturday while she was inside her own home and playing video games with her nephew, according to family attorney Lee Merritt.

“She was playing video games with her nephew when they heard what they believed to be a prowler creeping around the back window of the home,” Merritt noted in a social media post over the weekend. “When she went to see what was going on she was confronted by an officer with his gun drawn shouting commands. With just seconds to comply, she was shot through the window.”

Adarius Carr is Jefferson’s brother. He believes Dean should face consequences, but doubts the competency of local authorities to investigate his sister’s death.

“Fort Worth PD cannot investigate themselves,” Carr said. “This man murdered someone. He should be arrested.”