A 47-year-old Indiana businessman who was a Republican state senator from 2004 to 2016 has been charged, along with a second defendant, in a conspiracy to violate campaign finance laws. Darryl “Brent” Waltz and John S. Keeler, the 71-year-old former vice president and general counsel of a gaming entity called New Centaur LLC, were charged in the U.S. District Court for the Southern District of Indiana on Tuesday.

The DOJ alleges that the purpose of the conspiracy was to “facilitate and cause unlawful and unreported corporate contributions from New Centaur, LLC, through [political consultant Kelley] Rogers and [Rogers’ employee and political consultant Charles ‘Chip‘] O’Neil, to the Brent Waltz for Congress campaign.”

DOJ claims this was done for multiple reasons:

Here’s how DOJ’s press release summarized the allegations continued in the indictment [emphasis ours]:

To conceal the true nature of the payments as illegal corporate contributions, Keeler and Rogers agreed that Rogers would create phony invoices and agreements that purported to reflect services to be performed for New Centaur LLC, by Rogers. Upon receiving the payments from New Centaur LLC, Rogers recruited several straw donors, including Waltz, to each contribute $2,700 to Waltz’s campaign, the maximum permitted under federal law at the time. The straw donors were reimbursed by Rogers using the money from New Centaur LLC. Rogers also transferred a large portion of the New Centaur LLC money to Waltz, who recruited additional straw donors to each donate $2,700 to his campaign. Waltz either reimbursed or paid these straw donors in advance. Waltz and Keeler concealed these illegal contributions from campaign officials, causing them to unwittingly file materially false reports with the Federal Election Commission.

Prosecutors allege that more than a dozen straw donors, many of them Waltz’s relatives, were recruited in order to make prohibited contributions to Waltz’s 2016 campaign. 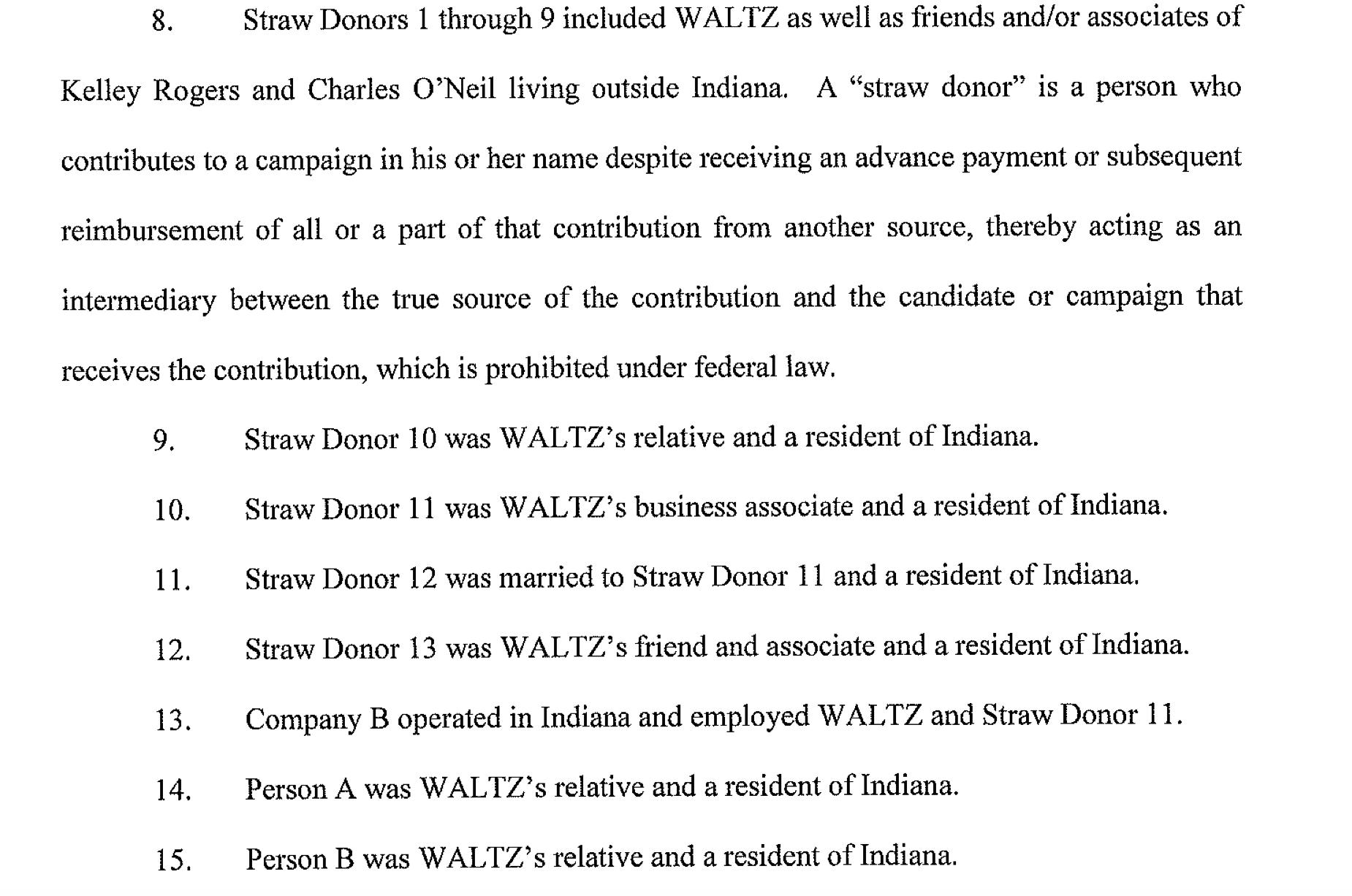 The FBI confirmed on Monday that it executed a search warrant at Waltz’s home.