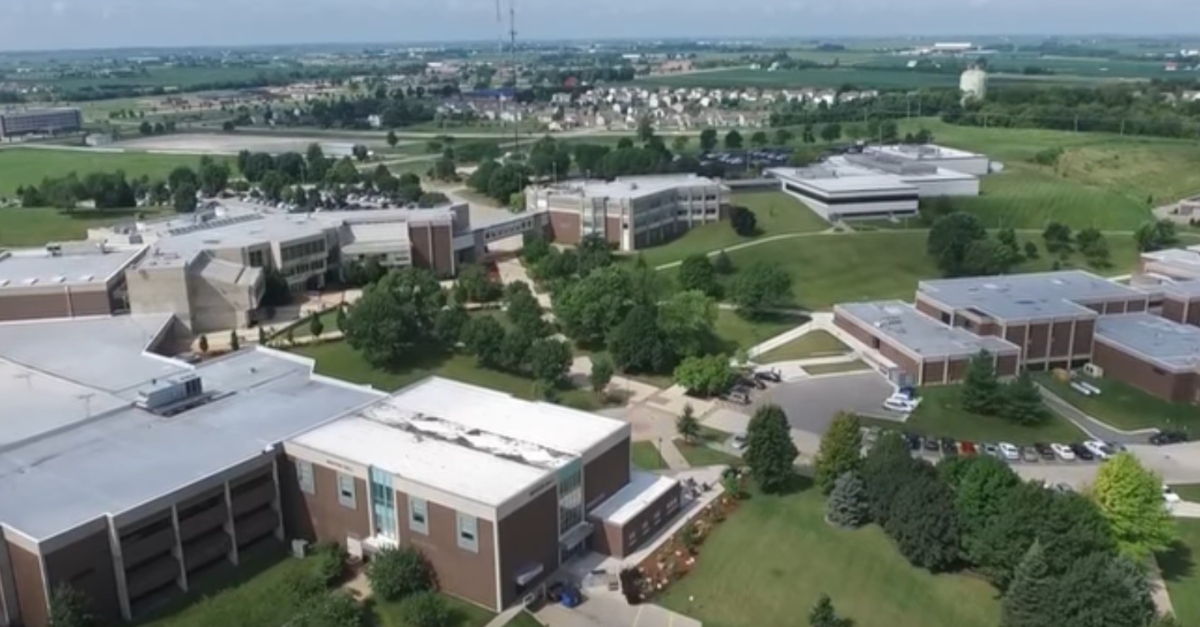 A newly resigned professor in Iowa says he plans on suing his former school for how officials handled blowback to his controversial online statements. Does he have a legitimate claim under the law? A legal nonprofit says his employers actions violated his First Amendment rights.

The controversy stems over incendiary, hostile online comments from Jeff Klinzman, a professor at Kirkwood Community College in Cedar Rapids. A report from KCRG showed that he had written in a Facebook group called Iowa Antifa. He commented on a post featuring a tweet from President Donald Trump, who alleged antifa were “gutless Radical Left Wack Jobs who go around hitting (only non-fighters) people over the heads with baseball bats.”

Klinzman’s response: “Yeah, I know who I’d clock with a bat…”

He also made a statement in 2012 against evangelical Christians: “It’s not pretty, and I’m not proud, but seeing what evangelical Christians are doing to this county and its people fills me with rage, and a desire to exact revenge.” He included a poem, saying, “Kill them all and bury them deep in the ground.”

His social media activity and ensuing resignation from the school caught attention from outlets with reputations that skewed more conservative or libertarian, like Fox News, Reason, and The Washington Examiner.

In a follow up interview with The Gazette, Klinzman denied belonging to an organized form of antifa, but said he was against fascism in general. He said he planned on suing his former school for how they handled it: He claimed they replaced him in class, and gave him an ultimatum: resign or get fired. He agreed to leave when they promised to pay him for the fall.

I worked with Jeff Klinzman for years at Kirkwood Community College. Sat with him in the adjunct lounge…. https://t.co/h9eqtdNwK7

Kirkwood President Lori Sundberg denied aspects of his story. She said that yes, she removed him from the course, and the school agreed to pay him for the fall, but she denied that they asked him to quit.

She showed an email, attributed to Klinzman.

“Due to the controversy surrounding reporting about my activism, and in the interest of preserving the safety of the Kirkwood campus, its students, faculty, and staff, I resign my position as a member of the English faculty effective immediately,” he wrote.

Nonetheless, Sundberg said she was fine if she ended up being on the wrong side of this controversy, legally speaking. She cited safety concerns. (Klinzman said he was told they were getting thousands of complaints, including threats of burning down the school.)

“As of Thursday of last week, he was going to be teaching Monday, and we were well aware of the content,” Sundberg said. “There is no evidence that he has espoused those views in his class. But then once the news story ran and we had this outcry from the public and what we perceived as threats — at the end of the day for me, if I’m found legally wrong on this, I can live with that. But if I make a wrong decision regarding the safety of the students, and he’s harmed, our students are harmed, or other faculty are harmed, I can’t live with that.”

This quote caught the attention of FIRE, a legal group specializing in First Amendment cases on college campuses in the United States. They argued that the school gave in to critics.

“There is little doubt that institutions face difficult choices in responding to concerns for public and student safety, but public institutions like Kirkwood have a First Amendment obligation to avoid placing that burden on the speaker as an expedient shortcut to ending the controversy. Doing so capitulates to the heckler’s veto. As the United States Court of Appeals for the Sixth Circuit has explained, the ‘heckler’s veto will nearly always be susceptible to being reimagined and repackaged as a means for protecting the public, or the speaker himself, from actual or impending harm,'” they wrote, citing a 2015 case.

Kirkwood had other options to address the safety concerns, and in fact executed those actions.

“Per the college’s statement, the institution has involved local law enforcement and are increasing the presence of security on campus,” the FIRE wrote. “Those are steps Kirkwood can take without chilling First Amendment rights.”