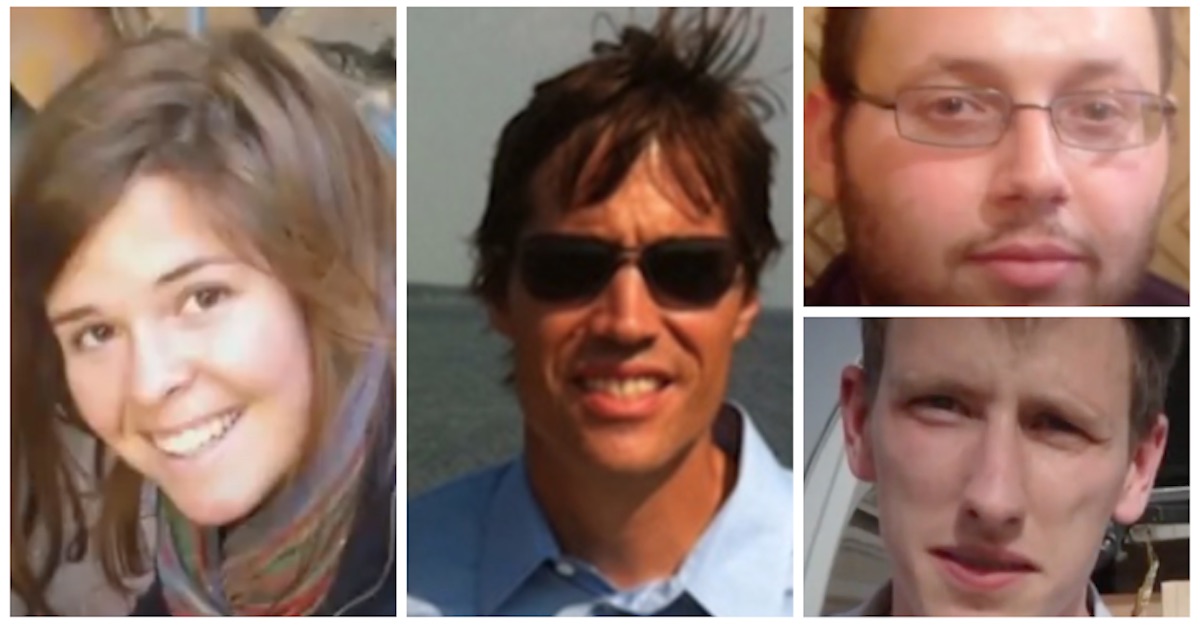 A federal jury has convicted a high-level ISIS operative for his role in the deaths of four American citizens who had been taken hostage in Syria.

El Shafee Elsheikh, 33, was a high-ranking ISIS fighter and “an integral member of a wide-ranging conspiracy involving the captivity of 26 hostages in Syria,” according to a Department of Justice press release.

In 2014, ISIS released videos showing the beheadings of Foley and Sotloff, both journalists, as well as a video showing the decapitated head of Kassig, an aid worker. In February 2017, Kayla Mueller’s family received an email from ISIS confirming her death in Syria.

He was convicted of the following charges:

Elsheikh is a former British citizen who was part of a group of ISIS members known to hostages as the “Beatles” for their British accents.

Evidence presented at trial revealed that Elsheikh was one of three ISIS members who supervised the jail and detention facilities where the hostages were held. They engaged in a “prolonged pattern of physical and psychological violence against hostages that was meant as an effort to subdue the hostages,” the DOJ said.

Trial evidence also showed that Elsheikh and his co-conspirators participated in “forcibly exposing the hostages to the murder of other hostages held by ISIS, including a Russian hostage who was killed in or about February 2014 and a Syrian prisoner who was executed in or about April 2014.”

“This is a small piece of justice that will help us heal a little,” Carl Mueller, Kayla’s father, said at a press conference following the conviction. “But I don’t think there will ever be closure.”

Syrian Democratic Forces captured Elsheikh in 2018 as he and his co-conspirator, Alexanda Amon Kotey, 38, were trying to escape to Turkey. They were charged in October 2020.

One of their co-conspirators, Aine Lesley Davis, was convicted on terrorism charges in Turkey in 2017. ISIS confirmed the death of a fourth co-conspirator, Mohamed “Jihadi John” Emwazi, in 2016.

Kotey pleaded guilty to all federal charges against him in September 2021 and will be sentenced on April 29. According to the DOJ, he faces a mandatory sentence of life in prison.

Elsheikh faces the same sentence, and his hearing is set for Aug. 12.