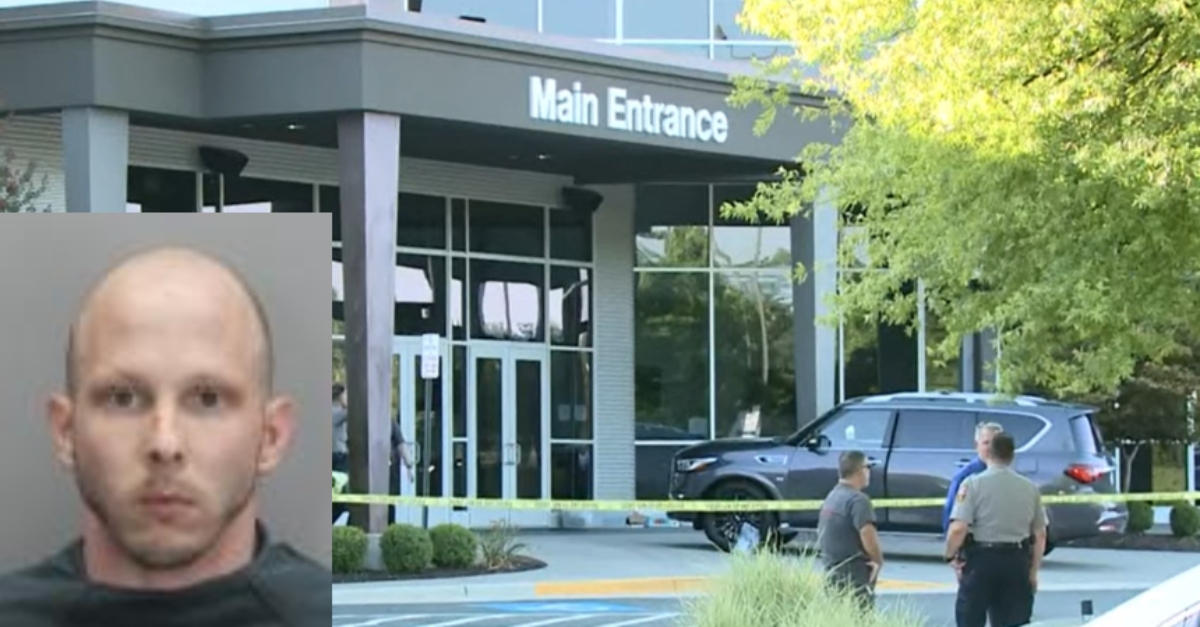 Cops in Fairfax County, Virginia identified the defendant who allegedly stabbed a pastor and another man at their police chief’s church. The suspect name is Chance Harrison. He is a 32-year-old resident of South Riding in Loudoun County, officials said on Sunday.

According to police, they responded to reported stabbing around 3 p.m. at the Grace Covenant Church. They found Harrison being restrained by several of the congregation members including Fairfax County Police Chief Edwin C. Roessler Jr., according to this account.

Harrison, who was not injured, was taken into custody, but a few other people got hurt, police said.

The defendant had entered the church, and stabbed a person who cops described as a “staff member.” That victim was previously identified by a witness as a pastor, according to NBC Washington. A man intervened, but Harrison also stabbed him, cops said. Finally, Roessler and others managed to subdue him, police said.

The stabbing victims only had to go to the hospital for non-life threatening injuries, according to the official account. Roessler got hurt too, but these were “preliminarily believed to be minor injuries,” officials said.

Harrison was held without bond at the Fairfax County Adult Detention Center, and faces two counts of aggravated malicious wounding, one count of felony assault on a police officer, and one count of misdemeanor assault. It’s unclear if he has an attorney in this matter.

Police are continuing to investigative. From a press statement:

Before Harrison was identified, Grace Covenant Pastor Brett Fuller said in a statement obtained by NBC that the suspect was a member of the church, but there was no sign he had problems with anybody there. In an interview with The Washington Post, Fuller identified the pastor who had been stabbed as Sean Clemons. Witnesses claimed that Harrison seemed to have been in an altered mental state, he said.