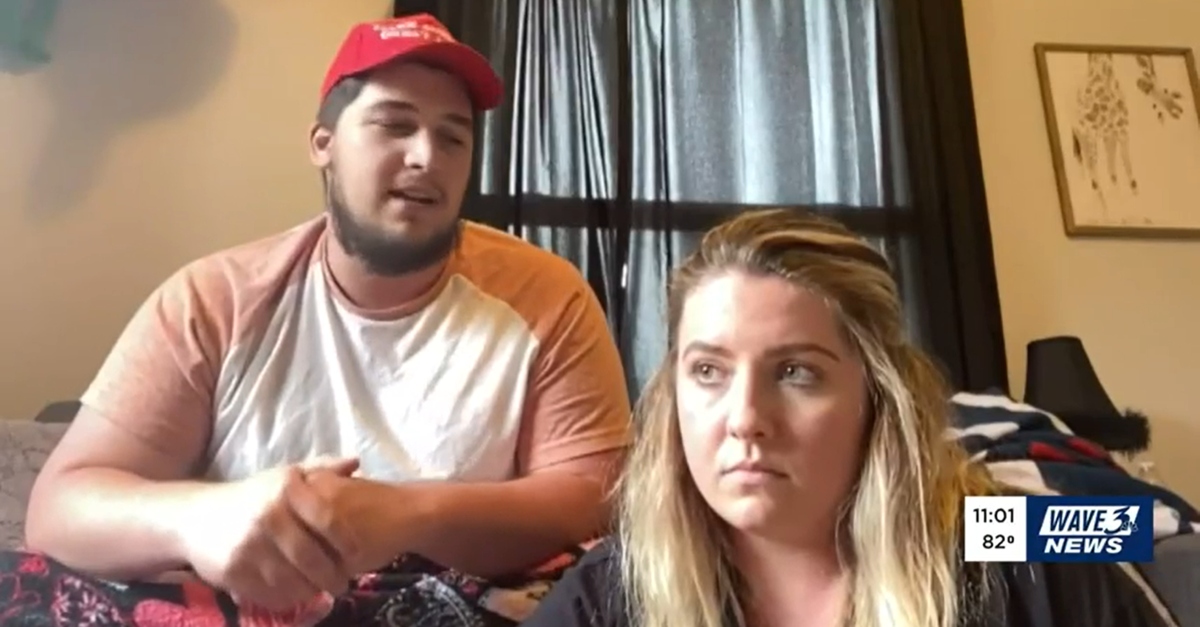 A Kentucky couple ended up on house arrest after refusing to sign a self-isolation order. Wife Elizabeth Linscott, who tested positive for COVID-19 but didn’t show symptoms, said she didn’t sign the papers because of a section telling her and her husband to obtain approval from the Department of Public Health before any travel.

“I could not comply to having to call the public health department prior if I had an emergency or I had to go pick something up for my child or myself as a necessity and could not wait,” she told The News-Enterprise.

Here’s how the section reportedly read:

I will not travel by any public, commercial or health care conveyance such as ambulance, bus, taxi, airplane, train or boat without the prior approval of the Department of Public Health.

Linscott learned she had the virus because she got tested before a planned trip to see her parents in Michigan.

“My grandparents wanted to see me, too,” Linscott told WAVE-TV. “So just to make sure if they tested negative, that they would be OK, everything would be fine.”

But Linscott tested positive, although she did not show symptoms. The local health department asked her to sign the self-isolation order. She said no. Then, the Hardin County Sheriff’s Department went to her home, according to her account.

“I open up the door and there’s like eight different people,” her husband Isaiah Linscott said. “Five different cars and I’m like what the heck’s going on? This guy’s in a suit with a mask, it’s the health department guy and he has three different papers for us. For me, her and my daughter.”

The couple said they had no problem with self-isolating. The issue was the wording on the document. Elizabeth Linscott said the Director of the Public Health Department falsely told the judge she was refusing to self-isolate.

Now the couple plans on getting an attorney.