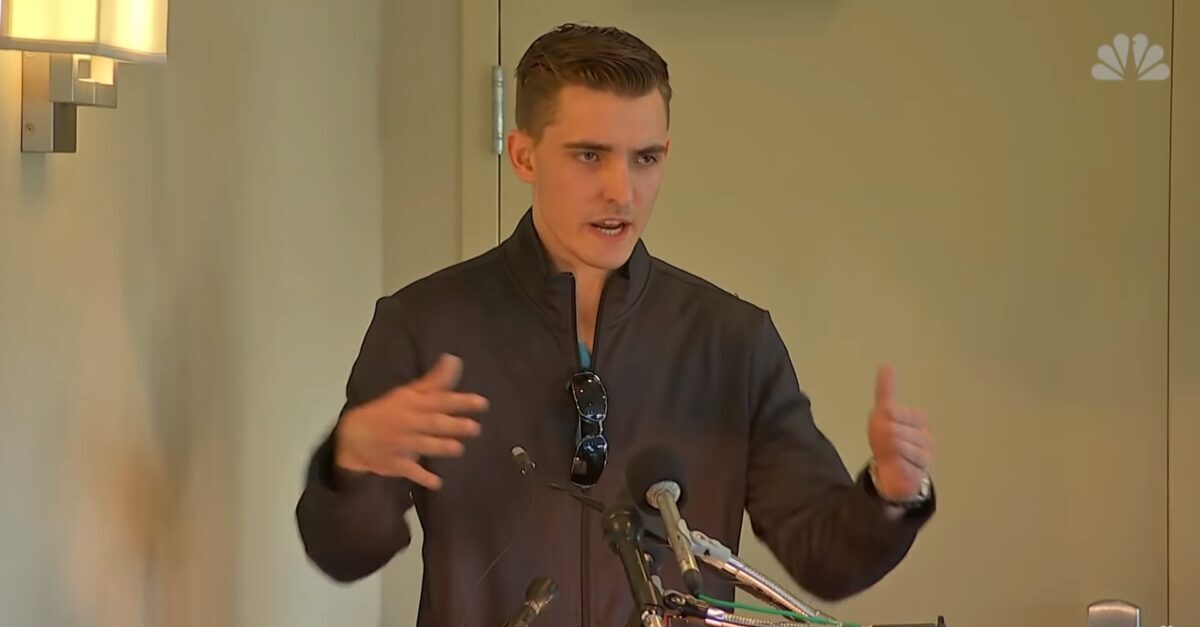 Facing criminal prosecution in two states, hard-right hoaxers Jacob Wohl and Jack Burkman had their civil liabilities dramatically expand on Wednesday, with a federal judge giving the green light to New York Attorney General Letitia James’s (D) effort to stick them and others with a $2.75 million fine for robocalls allegedly designed for voter suppression.

“There is no doubt that the NY AG has a strong interest in stopping Defendants’ allegedly discriminatory efforts to impair New York citizens’ voting rights,” U.S. District Judge Victor Marrero found in a 14-page order.

The ruling means that the attorney general will join the National Coalition on Black Civic Participation and a little more than a half-dozen voters in their lawsuit accusing Wohl, Burkman, their companies, and unnamed alleged accomplices of violating the Ku Klux Klan Act by scaring thousands of New Yorkers about the effects of voting by mail.

In the civil arena, Judge Marrero previously likened the calls to a campaign of “electoral terror” that functioned as modern-day equivalent of KKK-era intimidation.

“In the current version of events, the means [Burkman and Wohl] use to intimidate voters, though born of fear and similarly powered by hate, are not guns, torches, burning crosses, and other dire methods perpetrated under the cover of white hoods,” Marrero wrote in a ruling issued days before Election Day, which blocked the duo from making other calls like it. “Rather, [Burkman and Wohl] carry out electoral terror using telephones, computers, and modern technology adapted to serve the same deleterious ends.”

Wohl and Burkman, who have pleaded not guilty to their criminal charges and are fighting the civil lawsuit, opposed the attorney general’s entrance into the fray as unnecessary and duplicative.

Rejecting that argument, Judge Marrero noted that the attorney general seeks to enforce additional statutes against them and wants to pursue additional penalties. The modest $500 fine per violation of New York Civil Rights Law sought by the attorney general multiplied to a multimillion-dollar penalty when all the robocall recipients were tallied. James also wants to sue two new defendants: their telecom provider Message Communications and its owner Robert Mahanian.

“Finally, the NY AG has demonstrated that her interest is not protected adequately by the parties to the action because she seeks broader relief,” Marrero wrote, noting that the attorney general wants to argue for the interests of “all New Yorkers”—not only the ones those named in the original lawsuit.

After Wohl and Burkman’s counsel claimed that James is not seeking direct relief from their clients, Judge Marrero wondered whether they read the attorney general’s filing.

“The Court is puzzled by this assertion, as it is directly belied by the proposed complaint in Intervention, which the court presumes—perhaps incorrectly—Defendants reviewed,” a footnote of his ruling states.

Wohl and Burkman also claimed that the attorney general waited too long before trying to intervene in a case that has been pending for month. Her office justified the delay on an ongoing investigation—in which she claims the duo were uncooperative.

“The NY AG indicates that her office had been serving prefiling subpoenas and spent time effecting proper service through process agents due to Defendants’ counsel’s refusal to accept service,” Marrero said. “The NY AG further notes that her office waited for a response, but Defendants ignored the subpoenas that were served through process agents, prompting this intervention request.”

An attorney for Wohl and Burkman did not immediately respond to an email requesting comment. Neither did the attorney general’s office.