Federal Judge Gives U.S. More Time to Decide Whether to Weigh in on Suit by Jamal Khashoggi’s Fiancée Against Saudi Crown Prince 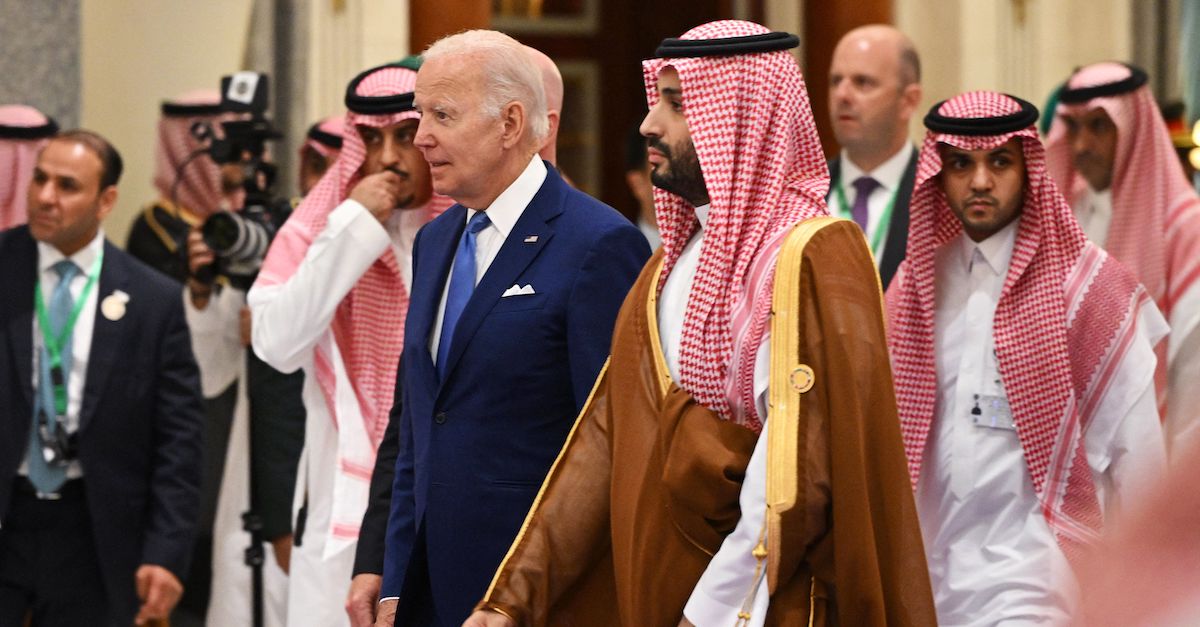 Days after President Joe Biden met with the Crown Prince in Saudi Arabia, the U.S. government asked a federal judge for more time to decide whether to respond to a lawsuit that the fiancée of murdered journalist Jamal Khashoggi filed against Mohammed bin Salman. The judge granted the request on Monday afternoon.

A little more than a year and a half ago, Khashoggi’s fiancée Hatice Cengiz filed a federal lawsuit seeking to hold Saudi Arabia’s de facto ruler — known by his initials MBS — liable for the slain Washington Post journalist’s murder.

“The ruthless torture and murder of Mr. Khashoggi shocked the conscience of people throughout the world,” the lawsuit began. “The objective of the murder was clear – to halt Mr. Khashoggi’s advocacy in the United States, principally as the Executive Director of Plaintiff DAWN [Democracy for the Arab World Now], for democratic reform in the Arab world. The murder was carried out pursuant to a directive of Defendant Mohammed bin Salman, the Crown Prince of Saudi Arabia.”

U.S. District Judge John D. Bates initially set an Aug. 1 deadline for the United States to provide a statement of its interests in the case, but the government’s lawyers find that schedule too ambitious.

“The United States appreciates the Court’s invitation and has initiated a decision-making process to determine whether to file any statement of interest in this litigation and, if so, on what issues,” the Justice Department’s trial attorney James R. Powers wrote in a notice on Monday. “Although the Government has endeavored to comply with the schedule set forth in the Court’s order, it has determined that it will not be able to do so by the date established by the Court.”

The government says that responding “requires consultation among multiple entities within the Executive Branch with respect to complex issues of international and domestic law.”

A hearing considering the Crown Prince’s motion to dismiss has been scheduled for Aug. 30, 2022.

The United States asked for an additional 60 days to consider whether to provide the court with a statement, which means any statement would fall after that date. The government said the judge can decide whether it would be appropriate to postpone that hearing. In a Monday afternoon minute order, Judge Bates ordered the U.S. to submit any statement of interest by Oct. 3, 2022:

Cengiz initially filed her lawsuit against the Crown Prince and others during the waning days of the Donald Trump administration. On the campaign trail, Biden harshly criticized the Trump administration’s response to Khashoggi’s murder and pledged to turn bin Salman into a “pariah.” Critics have described his record delivering on that promise as mixed, at best.

In February 2021, Biden’s Director of National Intelligence released a report assessing that the Crown Prince “approved” an operation to “capture of kill” Khashoggi. The Trump administration had refused to release the report, even after Congress mandated its release.

But Biden ultimately decided that he could not avoid dealing with bin Salman, as Russia’s invasion of Ukraine sparked sharp spikes in oil prices.

With the 2022 midterm elections approaching, Biden took a trip to Saudi Arabia and controversially greeted the Crown Prince with a fist bump, the president’s greeting of choice amid rising COVID-19 infections. Biden bristled at reporters asking him about outrage surrounding the gesture, which the kingdom’s foreign minister described as a “win.”

Biden told reporters that he confronted the Crown Prince about Khashoggi’s murder at their meeting.

“You raised it forcefully and for that I am grateful,” Elatr wrote in a letter that she posted on Twitter.

Cengiz, the Turkish woman whom Khashoggi had been trying to wed, sharply disagreed with that assessment. She said that her late fiancé would have tweeted to Biden: “The blood of MBS’s next victim is on your hands,” in a statement over the controversial fist bump.

An attorney for Cengiz did not immediately respond to Law&Crime’s email requesting comment.

Read the DOJ filing below: