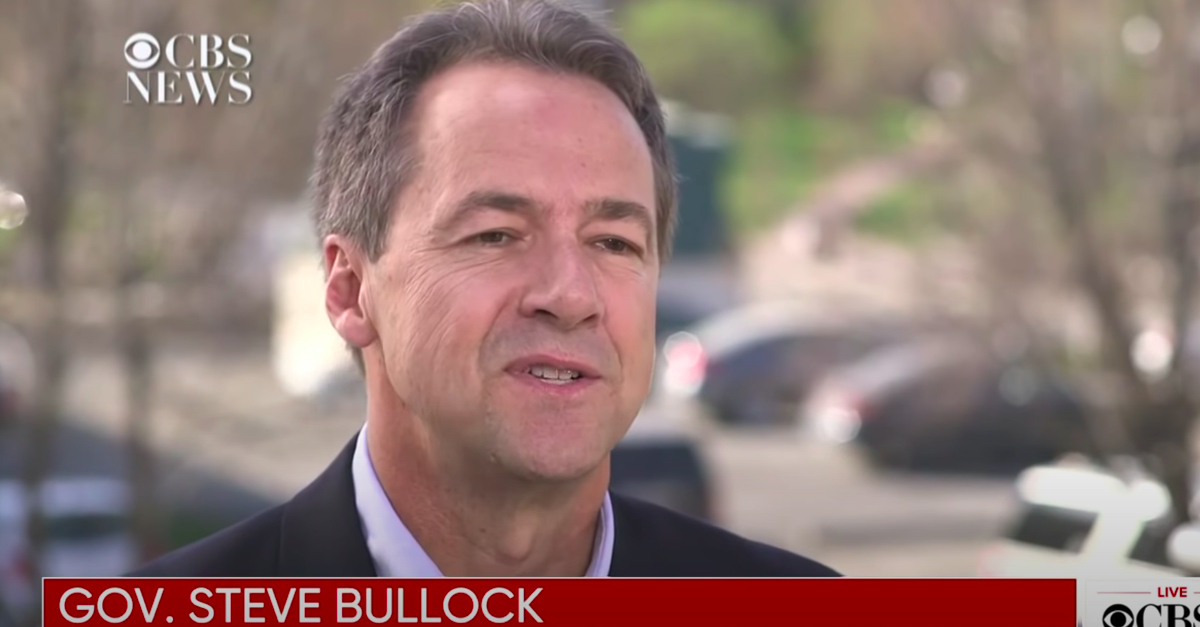 A federal appeals court on Tuesday sided with Montana’s Democratic Governor Steve Bullock, rejecting a request by Republicans for an emergency injunction of an executive order aimed at increasing access to mail-in voting.

A three-judge panel on the U.S. Court of Appeals for the Ninth Circuit denied a petition filed by the Ravali County Republican Central Committee, Joe Lamm, and several Republican voters who argued that Bullock exceeded the power of his office with his Aug. 6 directive. That directive allowed all Montana counties to send eligible voters mail-in ballots regardless of whether those ballots were requested. Bullock justified suspending a state law prohibiting federal elections in Montana to be conducted via mail by issuing an emergency declaration due to the health threat posed by the still ongoing COVID-19 pandemic.

After seeing huge increases in voter turnout by conducting most of their primary elections via mail earlier this year, 45 of Montana’s 56 counties decided to continue the process in the general election. The system still allows all citizens to vote in-person if they choose.

A district court judge last month upheld Bullock’s power to suspend the state law through an emergency declaration. President Donald Trump’s re-election campaign and a slew of GOP groups filed suit against Bullock. In a 46-page order, U.S. District Judge Dana L. Christensen refused the campaign’s request for an injunction, reasoning that the plaintiffs’ stated reason for seeking the injunction—the “cognizable risk of ballot fraud”—had no basis in reality.

“The Plaintiffs maintain that because the Directive permits counties to conduct the November 3, 2020 general election by mail ballot, this election will be ripe with fraud and thus result in unconstitutional disenfranchisement of a both direct and dilutive nature. Yet, Plaintiffs have not introduced even an ounce of evidence supporting the assertion that Montana’s use of mail ballots will inundate the election with fraud,” read the order from Christensen, an appointee of then-President Barack Obama.

“Indeed, as indicated at the beginning of this Order, at the September 22, 2020 hearing on the merits, counsel for both the Member-Plaintiffs and Lead-Plaintiffs conceded they do not possess any evidence establishing prior incidents of voter fraud in Montana, which has an established and well used absentee voting system. The Court is thoroughly unconvinced that will change in counties electing into the Directive’s mail ballot option,” the judge continued.

The Trump re-election campaign has not separately appealed the ruling.

The mail-in ballots are currently scheduled to be sent to voters in Montana on Friday.

See below for the Ninth Circuit’s denial: