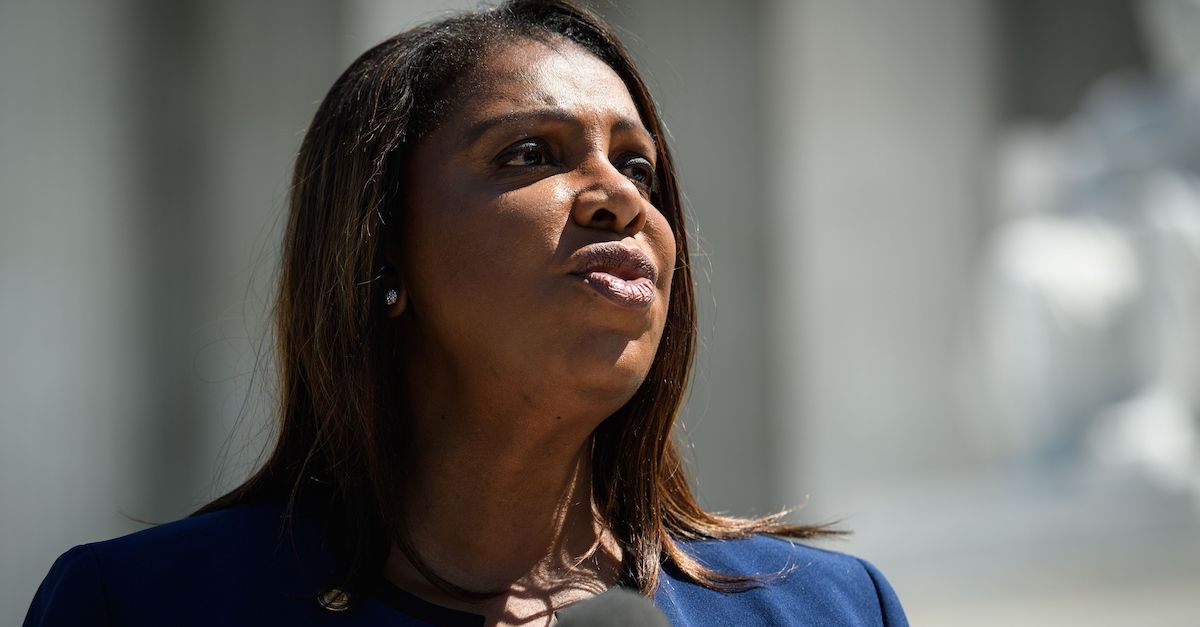 A federal appeals court in New York on Monday ruled against an Erie County clerk who sued Gov. Andrew Cuomo (D) and Attorney General Letitia James (D) claiming that a state law directing the Department of Motor Vehicles (DMV) to issue driver’s licenses to undocumented immigrants would leave him open to criminal prosecution.

Michael Kearns, whose duties include processing driver’s license applications, challenged New York’s “Green Light Law” last year, asserting that it was preempted by federal immigration law and presented a “credible threat” that he would be prosecuted under the Immigration and Nationality Act. The law requires New York’s DMVs to accept various foreign documents as proof of applicants’ identification and age for standard licenses, and prohibits the department from inquiring about applicants’ immigration status. Kearns contended he could face charges under 8 U.S.C. § 1324 for “harboring, concealing, or shielding from detection” undocumented immigrants if he performed the functions imposed on him by the Green Light Law.

The complaint was dismissed in Nov. 2019 when a district court reasoned that Kearns failed to plausibly allege any scenario under which abiding by the law would expose him to criminal liability, saying his claim rested on “speculation about a series of implausible events.”

The Second Circuit Court of Appeals on Monday affirmed the lower court’s ruling, similarly reasoning that Kearns “hypothesized” injury was “conjectural, not ‘actual or imminent.’” The court also emphasized that violations under § 1324 require that a defendant “substantially help” an “alien unlawfully” remain in the country by helping to prevent authorities from detecting their presence.

“New York implements this provision by accepting foreign proofs of identity before issuing standard licenses but then labeling those licenses ‘Not for Federal Purposes’ It is implausible—indeed inconceivable–that Congress passed a law and the Department of Homeland Security promulgated a rule that, if complied with, would require county clerks such as Kearns to engage in illegal activity,” U.S. Circuit Judge Barrington D. Parker, an appointee of President George W. Bush, wrote for the three-judge panel.

“Moreover, assuming without deciding that a driver’s license is a material comfort, there is no suggestion in the complaint that Kearns would issue any such license with the intention of preventing the applicant’s detection by immigration authorities or police,” the court continued. “Instead, Kearns would be acting in a purely ministerial capacity, performing a duty assigned to him by his employer. As a  result, he would not be subject to prosecution under § 1324.”

“The Green Light law is legal and enforceable, and today’s decision marks the third federal court to dismiss challenges brought seeking to enjoin the law,” the statement read. “This law provides protections to all New Yorkers by making our roads safer, growing our economy, and allowing immigrants to come out of the shadows to sign up as legal drivers in our state. As the state’s attorney and chief law enforcement officer, I am proud to have vigorously defended this law and will continue to do so against all who oppose it.”

New York’s Green Light Law has previously been targeted by the Trump administration. Earlier this year the president directed the Department of Homeland Security to deny New Yorkers expedited travel privileges even though 14 states have such laws in place. New York sued over the move, which last month resulted in a federal judge castigating administration attorneys for repeatedly making “misleading, if not false, representations, in some instances under oath” during the litigation.