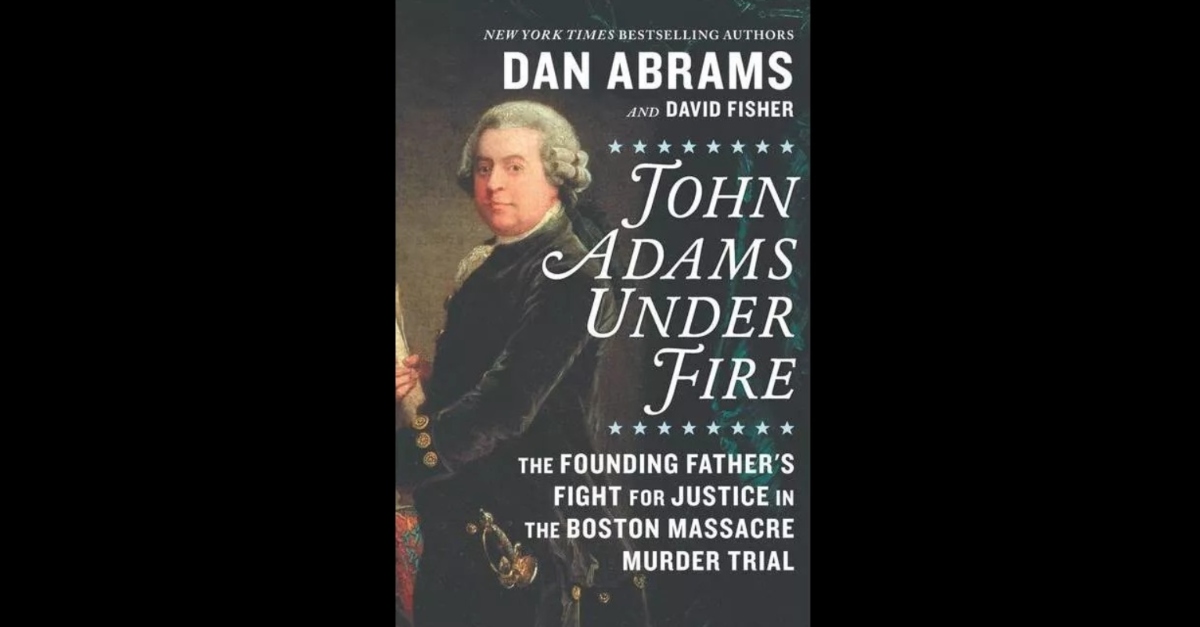 When the Boston Massacre happened in March 5, 1770, founding father John Adams was a 34-year-old up-and-coming attorney. The soon-to-be United States were still British colonies. Young Adams would’ve likely found it ludicrous if anyone suggested he’d one day lead a country that didn’t even yet exist. Instead, he was just a young lawyer, gambling his career on the most controversial murder case of the day. Authors Dan Abrams and David Fisher bring you the real life tale of how a future president defended British soldiers in the alleged murders of five Americans. John Adams Under Fire: The Founding Father’s Fight for Justice in the Boston Massacre Murder Trial is set for release on March 3.

You probably remember the main parts of the story from history class. British soldiers shot and killed five Americans during a riot in Boston, Massachusetts. Tensions were bubbling, bringing the colonies closer to the revolution of 1775. That’s how Adams understood it years later.

“On that night the formation of American independence was born.”

But he agreed to represent the British soldiers, despite his problems with the British. For him, this was a fight to make sure these defendants received a fair trial. Not even the most tense political atmosphere possible could get in the way of justice. Rule of law mattered above all else.

“Facts are stubborn things,” he told jurors in closing arguments.