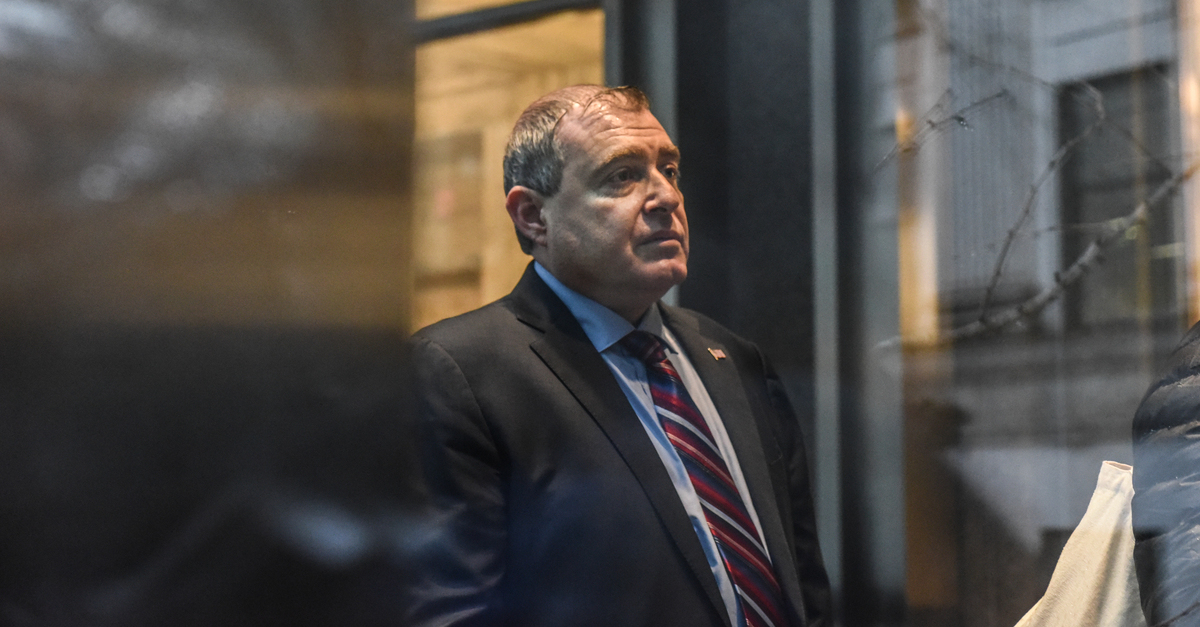 Now that two of his co-defendants have copped guilty pleas, former Rudy Giuliani associate Lev Parnas confirmed on Tuesday that he still plans to make his case to a jury. He pleaded not guilty to his third superseding indictment in a hearing where a federal judge made preparations for his trial a week from today.

On Sept. 10, Parnas’s accused co-conspirator Igor Fruman pleaded guilty to soliciting a contribution from a foreign national to advance a cannabis business. David Correia, another defendant from the initial indictment, pleaded guilty to two federal charges last October. Neither Fruman nor Correia will be cooperating with the government.

The final pre-trial conference on Tuesday gave a rare glimpse into the failed plea negotiations that paved the way to the long-anticipated trial of Parnas and his accused co-conspirator Andrey Kukushkin.

“No offer was actually extended,” Roos said, adding there were “ongoing discussions” for around “nine months or so.”

As described by Parnas’s lawyer Joseph Bondy, those offers were hardly attractive and included a demand that his client “eat every count.”

The prosecutor disclosed that the discussions with Kukushkin were even thinner.

In the early stages of their prosecution, the allegations swirling around Parnas and Fruman focused largely on the themes of then-President Donald Trump’s Ukraine scandal that inspired his first impeachment. The initial indictment gave a then-unprecedented glimpse into the alleged plot of oust former U.S. Ambassador to Ukraine Marie Yovanovitch. Yovanovitch would later testify in Congress that Giuliani and a corrupt Ukrainian prosecutor worked together to smear her and push her out of office because of her anti-corruption efforts. The ambassador reportedly stood in the way of their alleged plot to dirty up Joe Biden, when the now-U.S. president was Trump’s most formidable election rival.

Since the case began in October 2019, prosecutors deleted all references to Trump’s Ukraine scandal in subsequent indictments. Assistant U.S. Attorney Hagan Cordell Scotten described this in court on Tuesday as striking the “speaking allegations” to clarify the indictment for the jury.

The third superseding indictment charges Parnas and Kukushkin with six counts combined. Prosecutors also allege the defendants took part in a foreign donor scheme to funnel cash from from Russian investor Andrey Muraviev in order to obtain licenses for a recreational marijuana business that never materialized.

Parnas’s attorney Bondy is a prominent advocate for the normalization of cannabis laws.

A month before Correia’s guilty plea, federal prosecutors added charges to Parnas’s indictment in connection with the company Fraud Guarantee, which the government alleges to have been aptly named. Prosecutors had accused Parnas and Correia of bilking the company’s investors in a company purporting to detect and prevent fraud. Giuliani, who has not been charged with any wrongdoing, was reportedly paid $500,000 as the company’s consultant, according to Reuters.

“We couldn’t say it better ourselves – the behavior alleged today is indeed fraudulent – guaranteed,” FBI Assistant Director William F. Sweeney Jr. quipped in a statement on Sept. 17, 2020, a little more than one year ago.

Though the latest indictment removes explicit references to Ukraine, those alleged connections remain a matter of public record.

Sessions, a then-House Rules Committee chairman referred to as “Congressman-1” in the initial indictment, would write a letter seeking Yovanovitch’s ouster after meeting with the pair. The Texas Republican lost reelection amid the scandal, but he won his old office back after the controversy simmered. Prosecutors do not accuse the congressman of wrongdoing.

Though the third superseding indictment still alludes “Congressman-1,” prosecutors removed the language explaining the context of those contributions.

“They have pictures of Giuliani and Trump, people like that,” Lefcourt said.

Prosecutors claim these figures will come up “peripherally,” within the context of Parnas and Fruman boasting about their ties to people in power. Prosecutors claim that Parnas gave unlawful six-figure contributions to the pro-Trump super-PAC America First Action.