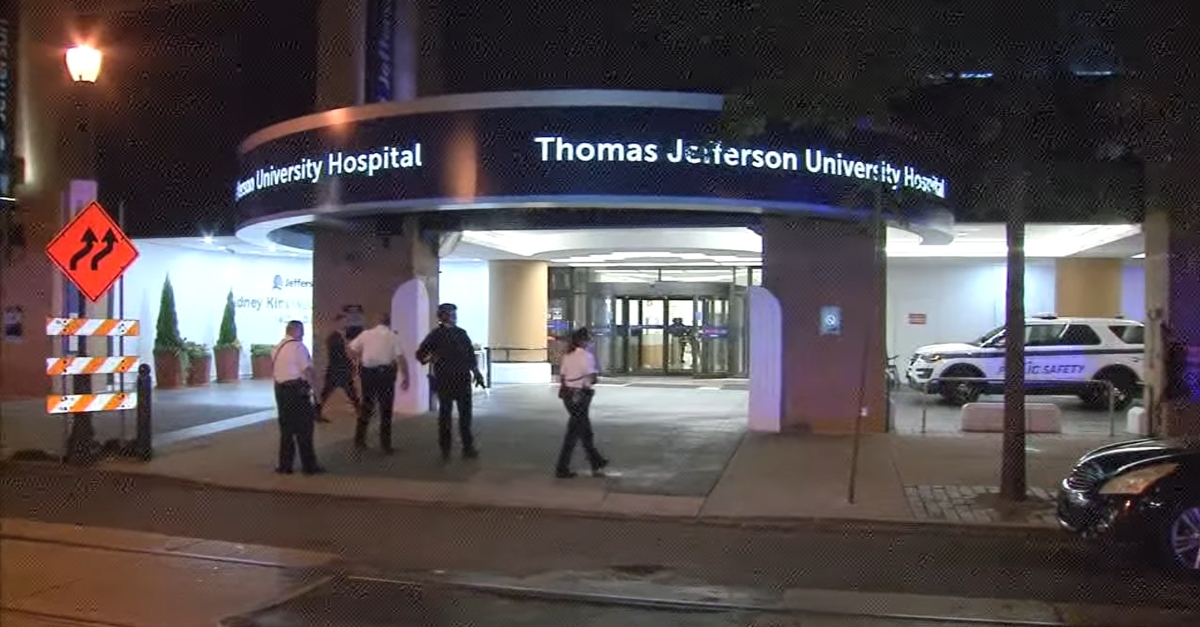 A hospital nursing assistant gunned down a co-worker and got into a shootout with police, authorities alleged in unveiling murder and other charges on Tuesday.

Officers early Monday morning said they received a call at approximately 12:11 a.m. about a shooting at the Thomas Jefferson University Hospital, police said. They found nursing assistant Anrae James, 43, who had been struck multiple times. He was pronounced dead at 1:11 a.m.

“The shooter, who was wearing scrubs, fled from the hospital in a U-Haul truck,” police wrote. Minutes later, officers got a call of gunshots around 4100 Parkside Avenue. They found Hayes shooting a rifle, officers said.

“While surveying the area for the gunshots, the officers heard the gunfire,” police wrote. “In addition, civilians directed the officers in the direction of where they believed the gunshots emanated from. While in the rear of the schoolyard (School of the Future) at 3800 Lansdowne Drive, officers observed the defendant, who was wearing body armor, discharging a rifle.”

According to police, they told him to drop the weapon several times, but he ignored them and kept firing.

“In response, the officers discharged their weapons, striking the male in his right and left collarbone area,” officers wrote. “He was transported to Penn Presbyterian Medical Center in critical condition.”

An officer sustained a gunshot wound to his right arm, while another received a graze wound to the area of his nose, police said. Like Hayes, they were taken to Penn Presbyterian Medical Center, but they were in stable condition.

Family told police that Hayes had been having mental health issues, according to WPVI.

A police source who watched the surveillance video said Hayes, wearing scrubs and a mask, walked over to James, stood above him, and began firing, according to WTXF. Sources said he previously petitioned for courts to return his guns to him.

“I just want to be able to protect myself and my family if needed,” he reportedly had said about his firearms, including an AR-15 rifle and a shotgun.

Court records do not state whether Hayes retained an attorney in this matter. Assistant District Attorney Chesley Lightsey said Monday that they are still investigating the motive.

The @philadao’s Chesley Lightsey says authorities are still investigating a motive in connection to this morning’s shootings that killed a hospital worker and injured two officers https://t.co/hOTWj52Crm pic.twitter.com/GXnchvVIt7

“Our office has no comment at this time, as the investigation remains open,” Philadelphia District Attorney’s spokesman Dustin Slaughter told Law&Crime in an email.

James is reportedly survived by his wife, son, and daughters.

“I’m just devastated that something like this could happen to an individual doing everything the way that they say life is supposed to go for a working man,” Anrae’s father William James told WTXF. “Going to work, leaving his family that night, being on the job, and someone can walk up on him and commit–assassinate him on the job. That’s what it really was. It was an assassination.”