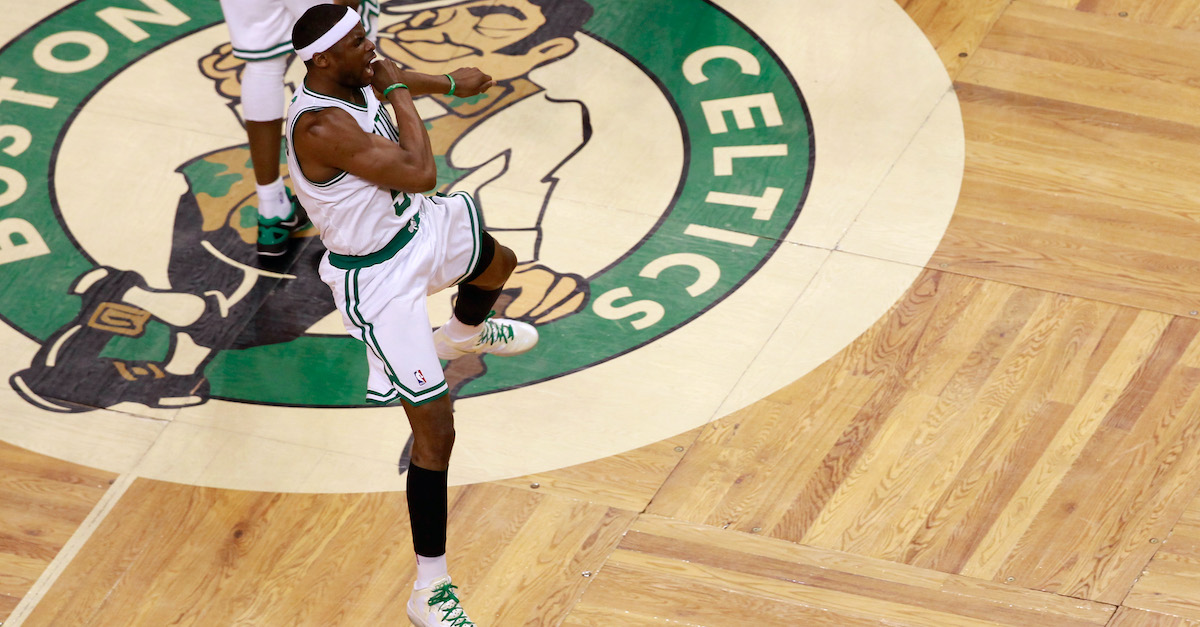 Keyon Dooling #51 of the Boston Celtics reacts in the first half against the Miami Heat in Game Four of the Eastern Conference Finals in the 2012 NBA Playoffs on June 3, 2012 at TD Garden in Boston, Massachusetts.

Former National Basketball Association guard Keyon Dooling, 15 other ex-players, a doctor and dentist have been charged with an alleged scheme to defraud at least $5 million from the league’s health and welfare benefits.

Upon announcing the superseding indictment, Manhattan U.S. Attorney Damian Williams said in a statement that it shows that his office will “investigate, and where appropriate charge, individuals involved in fraud schemes including medical providers who abuse their positions to defraud others.”

According to the 44-page indictment, the scheme spanned roughly half a decade, starting in 2017 and up to this year.

Prosecutors say that Wahab provided Williams and Dooling with false invoices for dental services that were not rendered, but were reimbursed by the National Basketball Association Players’ Health and Welfare Benefit Plan.

Washington allegedly did the same for wellness services.

In a message quoted in the indictment, Williams appeared flabbergasted by Wahab’s hesitation.

“It’s all good, From the jump it’s clearly been about making you money… and getting bread and you mad about getting money for printing a paper lying to the bitch at the front desk about shit And mot having to work on a… mouth but make money you really got an issue with me making money doing all the work[?]” Williams asked.

According to the indictment, Wahab replied: “Fine you can have the invoice but you gotta deal with the dudes direct to get the money,” a message that apparently enraged Williams.

“YOUVE MADE THOUSANDS OF F[—]ING DOLLARS TO PRINT A INVOICE WITH A NAME AT THE TOP like you f[—]ing kidding me[?],” Williams allegedly wrote. “We not gonna act like you doing dental work.”

“Get Me the Whole NBA”

At least ironically, the scheme allegedly had high ambitions.

A little less than a year earlier, prosecutors say, Wahab and Dooling exchanged messages about creaking fake invoices for another ex-NBA player, whose identity is obscured in the indictment as “CC-3.”

Prosecutors quote the pair talking about bringing the player into the scheme on April 23, 2018:

WAHAB: Do you need a receipt for him so he can be reimbursed?

DOOLING: Yes sir! But I won’t it set up as a prepay so [i]t goes direct to us and take it from there[.]

WAHAB: Ok so I can just make a receipt for what you guys need so he can get reimbursed[.]

According to the indictment, the pair continued the discussion a week later on April 30, 2018:

All of the defendants are charged with one count of conspiring to commit health care fraud and wire fraud, which carries a maximum sentence of 20 years in prison.

Williams, who allegedly created fraudulent invoices and letters of medical necessity, also faces two additional counts of aggravated identity theft, which carries a mandatory minimum sentence of two years in prison. Anderson, in addition to his conspiracy charge, faces only one additional identity theft count. Prosecutors say the identity theft charges would run consecutively with any other sentence imposed.

The docket does not list an attorney of record for Dooling, a former Los Angeles Clippers and Orlando Magic guard whose presentment was slated for a federal court in that state. Wahab and Washington also did not have attorneys listed on the docket by press time.

Read the superseding indictment, below: