Election Official Accused of Subverting His Own Agency’s Mission 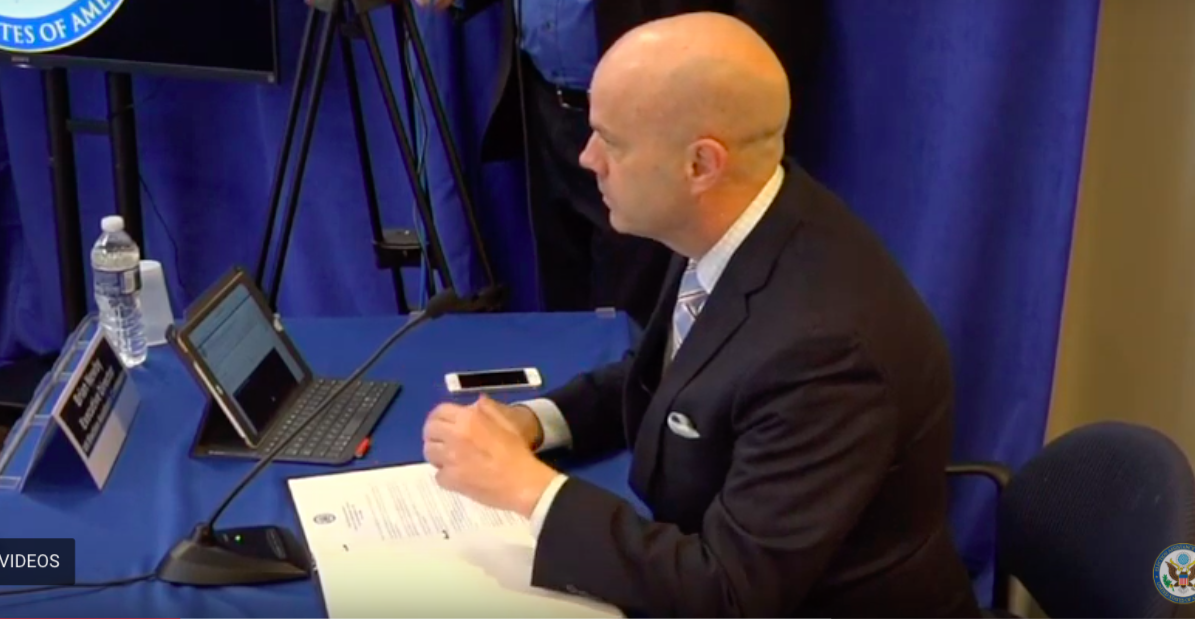 The Election Assistance Commission (EAC), a small but critical federal agency that plays a crucial role in protecting the security of American elections is currently in the grips of a leadership crisis that could potentially have catastrophic consequences according to a Saturday report from Politico.

EAC executive director Brian Newby has reportedly spent the last four years heading the agency blocking election security initiatives at every turn, micromanaging agency employees’ communications with colleagues at other agencies with that have parallel mandates, and ignoring direct questions and requests from agency staffers. Politico spoke with seven different sources in the course of their reporting, all of whom spoke on the condition of anonymity in order to speak freely.

Overall, with an unprecedented nine EAC office directors having left office since Newby’s arrival, the report paints a grim picture of a federal agency in utter disarray at a time when its services are essential to preserving America’s voting apparatus.

Congress created the EAC in the aftermath of the 2000 presidential election’s mismanagement (resulted in the hanging-chad fiasco) with the intention that it serve as a clearinghouse for proper election administration procedures. The agency is led by four politically appointed commissioners  who are charged with policy decisions such as approving the Voluntary Voting Systems Guidelines, while the executive director manages the staff and acts as a conduit in presenting their work and findings to the commissions.

Following confirmation of Russian interference in the 2016 election, the significance of the EAC’s role in election supervision has taken on unprecedented importance.

However, according to former employees, Newby is doing everything in his power to prevent the agency from taking tangible steps to prevent similar election interference in 2020.

“The executive director was not supportive of [cybersecurity guidance] and put [up] roadblocks,” whenever possible according to a former federal employee interviewed by Politico. The former employee also said that Newby provided “zero response to direct questions,” leaving staffers in the dark about their objectives, but would then reprimand them for whatever it is they were doing. The dynamic led the agency to a stand-still as employees feared that doing certain work would get them into trouble.

A second former employee said that Newby actively prevented agency staff from taking part in any election security events, conferences, panels and training sessions. “It was constant frustration,” he added.

Additionally, a voting security researcher who had previously worked with Newby told Politico that the EAC director “doesn’t fully understand election security or why it’s important.”

In one example, the voting security researcher recalled an instance in which he attempted telling Newby Microsoft’s plan to develop secure electronic voting technology for use in elections. “He was gobsmacked and kind of suspicious…like, ‘why would a large corporation care about stable democracies?’”

A former election official who essentially described Newby as an absentee director when it came to working with other agencies and election administrators summed up his tenure by saying, “If you asked most people, ‘Does Brian Newby provide value to you in your job? You would probably get, ‘Who’s Brian Newby?,’” in response.

When questioned about the allegations in Politico’s report, Newby said he couldn’t respond to any claims about blocking work on cybersecurity best-practice documents “without knowing what those documents are. He also said he was unaware of any efforts to keep staff from participating in election security events and conferences, but did point out that those complaints may have been the result of some travel restrictions required due to budgetary constraints.