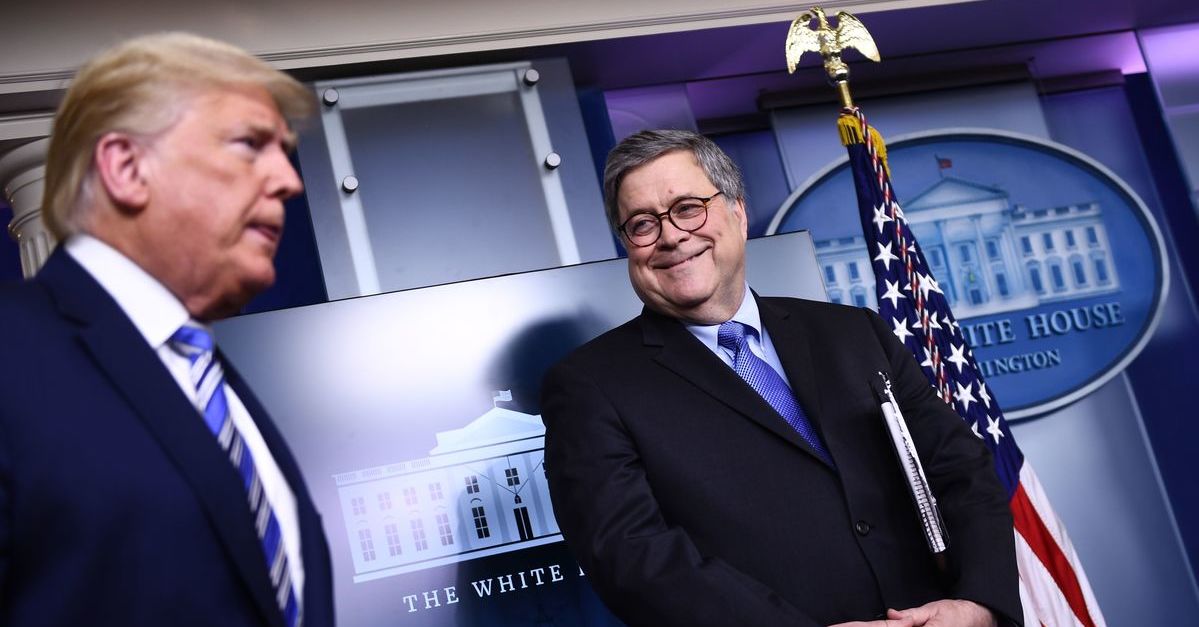 The Department of Justice confirmed the existence of a legal memorandum penned by the Office of Legal Counsel (OLC) outlining the department’s rationale for declining to charge President Donald Trump with obstruction of justice based on the Mueller Report. However, the DOJ is refusing to provide the legal justification OLC relied upon in reaching the conclusion that there was insufficient evidence to charge Trump, only releasing a heavily redacted version of the memo after protracted litigation.

The DOJ initially rejected CREW’s request claiming that the documents were “not a matter in which there exist possible questions about the government’s integrity that affect public confidence,” resulting in a lawsuit that eventually produced more than 250 pages of internal White House documents.

But in a letter accompanying the memo from an attorney in the DOJ’s Office for Information Policy, the office stated that the OLC’s legal reasoning was being withheld based on a widely used exemption to FOIA. That exemption states that documents are protected from the law if they “would not be available by law to a party other than an agency in litigation with the agency, provided that the deliberative process privilege shall not apply to records created 25 years or more before the date on which the records were requested.”

In a report detailing the newly obtained documents, CREW said that the DOJ had gone to “considerable lengths” to conceal the existence of the memo from the public, suggesting that Barr and Trump may not truly be as confident in the underlying legal reasoning as they’ve led the American people to believe.

“One possible answer is that the memorandum would not withstand scrutiny from legal experts, including those who worked on the Special Counsel investigation,” the group said, noting that the former Special Counsel had previously criticized Barr’s 4-page “summary” of the Mueller report.

“Another possibility is that the memorandum contributes to a body of evidence suggesting that Barr was hand-picked by Trump to discredit and undermine the eventual findings of the Special Counsel—especially with respect to the obstruction case against the president,” the group suggested.

That notion appears to hinge on the unsolicited memo Barr submitted to the president and his attorneys prior to his nomination as attorney general. Barr argued that the president could not be charged with obstruction. At the time, many viewed Barr’s memo as an audition for the AG role.

The documents procured by CREW raised questions about whether DOJ made an objective decision based on the evidence presented.

“Internal DOJ emails suggest that Barr’s team may have been preparing to absolve the president regardless of what the Mueller report said. In an April 7 email, Engel makes reference to an ‘action memo,’ another undisclosed document that may have been the group’s playbook for clearing the president or obfuscating the damning evidence of obstruction compiled by the Special Counsel,” the report stated. “The centrality of Engel and OLC’s involvement in the effort to exonerate the president is yet another example of the office, under current political leadership, serving as an extension of the White House Counsel’s office rather than an independent office.”

CREW is still litigating its FOIA request with the DOJ in hopes of obtaining a full response.

See the most recent document’s produced in the case below:

CREW 1 by Law&Crime on Scribd

CREW 2 by Law&Crime on Scribd