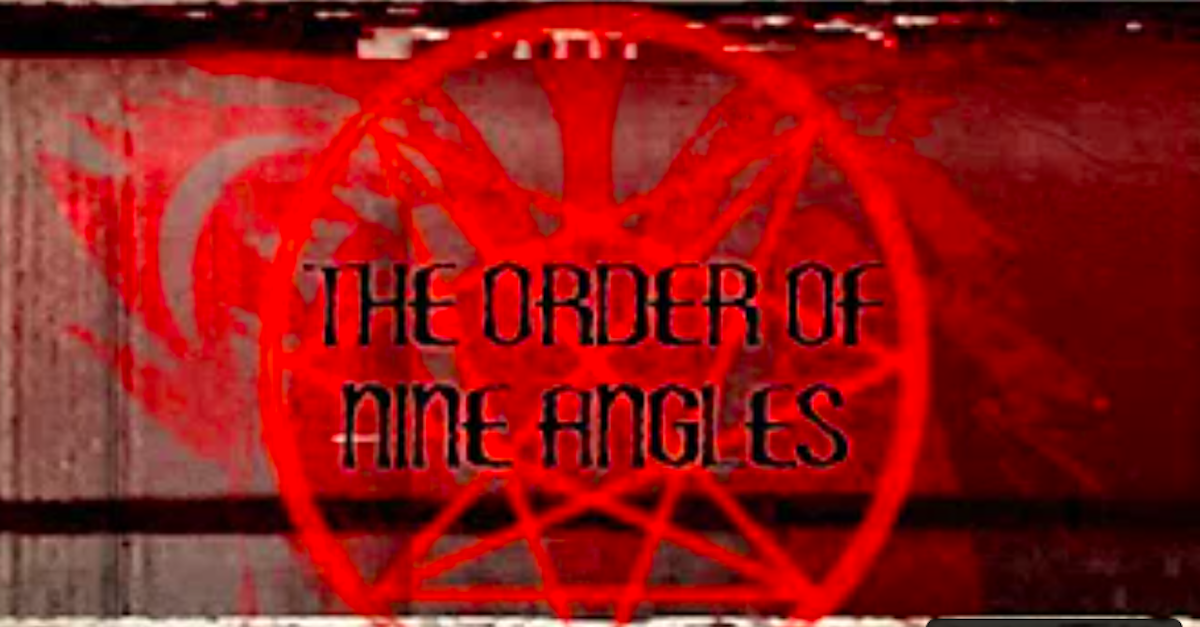 Update, 5:17 p.m.: the defendant has been identified as Ethan Phelan Melzer (a.k.a. Etil Reggad), a private in the U.S. Army. He has been charged with conspiracy to murder service members in his Army unit:

On or about May 2020, in an offense begun and committed outside of the jurisdiction of any particular State or district of the United States, ETHAN PHELAN MELZER, a/k/a “Etil Reggad,” the defendant, who is expected to be first brought to and arrested in the Southern District of New York, unlawfully, willingly, and knowingly attempted to and aided and abetted the attempt to kill an officer and employee of the United States — which killing is murder as defined in Title 18, United States Code, Section 1111(a) — including any member of the uniformed services, while such officer and employee was engaged in and on account of the performance of official duties, and any person assisting such an officer and employee in the performance of such duties and on account of that assistance, to wit, MELZER supplied confidential U.S. Army information about the Unit to CC-1, with the intention that CC-1 would use that information to facilitate a mass casualty attack on the Unit.

The plot to materially support terrorism was allegedly geared towards “a mass casualty attack on his U.S. Army unit (the ‘Unit’) once it deployed to Turkey”:

In response, MELZER wrote “[y]ou just gotta understand that currently I am risking my literal free life to give you all this” and “expecting results.” After the CS pressed MELZER about whether he understood that an attack on his convoy, i.e., the Unit, could also jeopardize MELZER’s life, MELZER responded: “Your kidding right. If we were to trigger this the right way the amount of shit this would cause would cover it. My life would be absolutely meaningless in the amount of shit it would cause after. Ok that sounds retarded but really it’s true.”

Melzer allegedly admitted that he shared the location of the Army unit with a Nazi-Satanist group in the hopes that an attack was cause as many deaths of his fellow service members as possible:

MELZER used a particular username (“the Melzer Username”) on the Messaging Application to send sensitive details regarding his U.S. Army unit to members and associates of groups with anarchist, neo-fascist, neo-Nazi, and anti- Semitic beliefs, known as the RapeWaffen Division and the Order of Nine Angles (“O9A”), who are supporters of, among other things, jihadist terrorism, including information about the Unit’s weaponry, movements, and location. During an interview on or about May 30, 2020, MELZER confessed to his role in plotting the attack, which was to be carried out by members of a terrorist organization, admitted that he intended for the planned attack to result in the deaths of as many of his fellow service members as possible, and declared himself to be a traitor against the United States whose conduct was tantamount to treason.

A soldier in the United States Army is facing federal charges after allegedly providing classified information to a United Kingdom-based Nazi-Satanist group, according to a Monday report from NBC News.

According to the report, the charges – which are expected to be announced Monday afternoon – claim that the soldier handed over classified information about U.S. troops stationed overseas to a group called the “Order of the Nine Angles,” also known as ONA and O9A.

Details on the charges are expected to be announced later today.

The UK organization “Hope Not Hate” earlier this year released a report on O9A, calling the organization one of “the most extreme” ideological groups in the world.

“In brief, O9A seeks to harness supernatural forces and overthrow the alleged ‘Nazarene/Magian’ (Jewish) influence on society, reduce the population of ‘mundane’ through acts of extreme barbarism, and usher in a new imperial aeon (age) ruled by a race of Satanic supermen who would colonize the solar system,” the report stated.

Several UK political groups such as the Jewish Labour Movement and multiple members of UK parliament including Shadow Cabinet Office minister Stephanie Peacock and Shadow Policing Minister Louise Haigh have called for the group to be outlawed.

The U.S. military has had a “white supremacist problem” for decades. Earlier this year the Military Times released a report stating that “more than one-third of all active-duty troops and more than half of minority service members say they have personally witnessed examples of white nationalism or ideological-driven racism within the ranks in recent months.”

The poll of more than 1,600 active-duty troops also showed that examples of white supremacy among the military was on the rise:

The 2019 survey found that 36 percent of troops who responded have seen evidence of white supremacist and racist ideologies in the military, a significant rise from the year before, when only 22 percent — about 1 in 5 — reported the same in the 2018 poll.