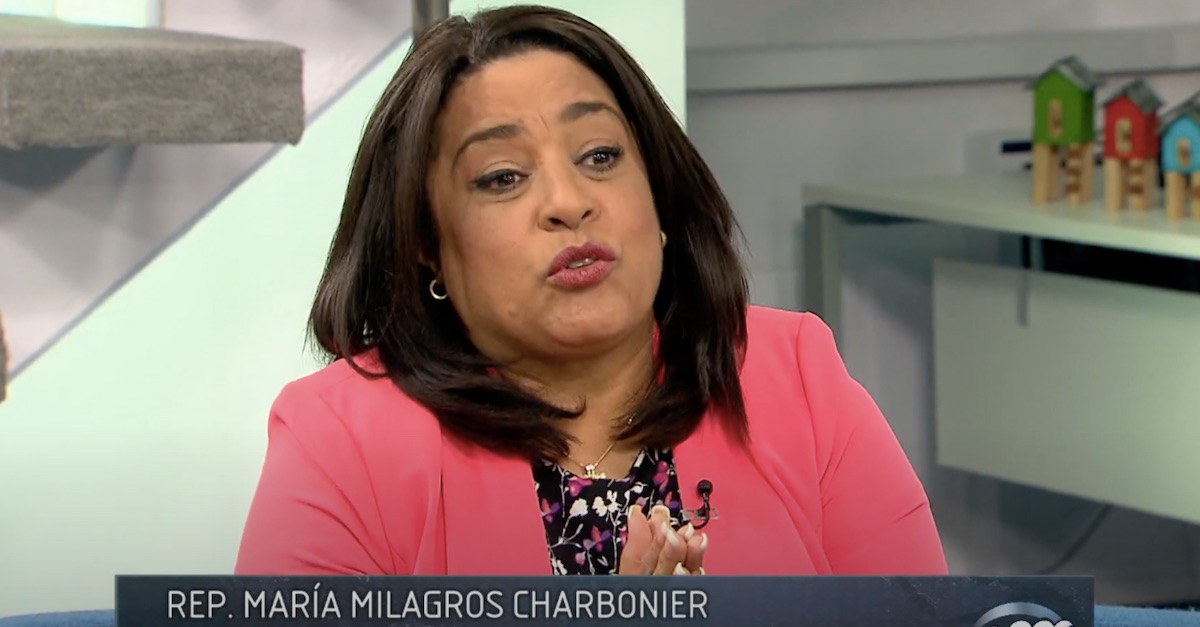 The Department of Justice (DOJ) on Monday indicted a prominent member of Puerto Rico’s House of Representatives for allegedly overseeing a long-term conspiracy to defraud the Commonwealth that included theft, bribery, kickbacks, and money laundering. A federal grand jury returned a 13-count indictment against Representative Maria Milagros Charbonier-Laureano (Charbonier), also known as “Tata,” along with her husband Orlando Montes-Rivera (Montes), their son Orlando Gabriel Montes-Charbonier, and her assistant Frances Acevedo-Ceballos (Acevedo).

Charbonier is alleged to have more than tripled the salary of Acevedo on the condition that she would provide a kickback to the legislator or a member of her family. Acevedo began working for Charbonier in 2014 earning a net bi-weekly salary of approximately $800 from the government. Her salary remained steady until early 2017 when her bi-weekly pay more than doubled to over $2,100. A few months later, Acevedo’s received another pay-bump and was netting between $2,700 and $2,900 per pay period.

However, according to the indictment, Charbonier artificially inflated Acevedo’s salary after they had agreed to a kickback scheme in which the lawmaker would receive a kickback of approximately $1,000-$1,500 from her assistant’s paycheck. That kickback was paid through myriad means directly to Charbonier, or else to her son or husband, authorities allege.

“Puerto Rico legislator María Milagros Charbonier-Laureano, her family, and her associates allegedly carried out a brazen scheme to defraud the Commonwealth of Puerto Rico through bribery, kickbacks, theft, and fraud,” said Acting Assistant Attorney General Brian C. Rabbitt of the Justice Department’s Criminal Division. “When elected officials betray the people’s trust in order to enrich themselves at the public’s expense, the Justice Department will hold them accountable.”

The money laundering charges against Charbonier and her family stemmed from a series of furtive monetary exchanges and transfers which were allegedly intended to conceal the nature of the illegally derived funds.

Charbonier was also charged with one count of obstruction of justice. According to the DOJ, after learning about the investigation into her office, Charbonier is alleged to have deleted certain data on her cell phone. The indictment stated that she “deleted nearly the entire call log, nearly all WhatsApp messages, and nearly all iMessages” on her phone.

See below for the full indictment:

Charbonier Indictment by Law&Crime on Scribd