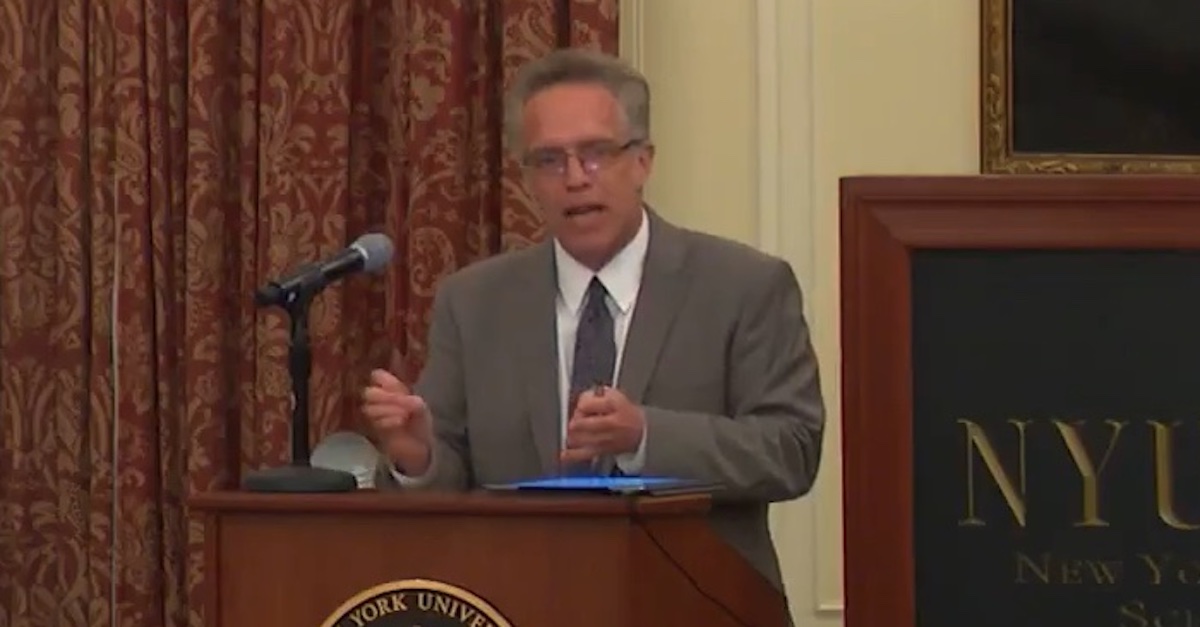 A federal appeals court has agreed to hear arguments on Texas state officials’ request to address what they say are lingering legal issues that remain after a U.S. Supreme Court ruling on the state’s so-called “Heartbeat Law”—legals issues that lawyers for the abortion providers in the case say don’t exist.

On Dec. 10, the U.S. Supreme Court issued a ruling on a lawsuit brought by abortion providers over the Texas law known as SB 8. That law allows private citizens to sue anyone who they believe performed an abortion, or facilitated an abortion in any way, after embryonic cardiac activity is detected, usually around six weeks into pregnancy. The Supreme Court ruled that certain state officials, including Attorney General Ken Paxton (R), could not be sued, but that the state licensing officials could be sued.

On Dec. 16, Texas state officials filed a “motion to certify” with the conservative U.S. Court of Appeals for the Fifth Circuit, asking that the federal appeals court certify questions of law to the Texas Supreme Court.

Lawyers for the plaintiff abortion providers call the move a stall tactic.

“At bottom, defendants’ motion is a transparent attempt to forestall relief by sending this case to the Texas Supreme Court, to indefinitely prevent plaintiffs from obtaining any effective relief from the district court in the face of a law that is clearly contrary to Supreme Court precedent,” the plaintiffs said in their opposition to the motion to certify. “Defendants’ motion should be denied and the case remanded to the district court immediately.”

The plaintiffs said that the motion to certify is an attempt to make an end run around the U.S. Supreme Court, because eight justices already decided that the case against the licensing officials could proceed.

The plaintiffs’ lawyers said that the Supreme Court was unambiguous in its decision that the case could continue against the licensing entities.

“Indeed, at least three separate times in its opinion, the Supreme Court made it explicit that ‘this case may proceed past the motion to dismiss stage against” the licensing-official defendants,” the plaintiffs’ brief says. “The sole Justice [Clarence Thomas] who disagreed with that holding would have “reverse[d] in full the District Court’s denial of respondents’ motions to dismiss and remand[ed] with instructions to dismiss the case for lack of subject-matter jurisdiction … And the Chief Justice [John Roberts] urged that ‘the District Court should resolve this litigation and enter appropriate relief without delay’ None of the Justices’ opinions suggests that this Court is permitted to reconsider—based on certification to the Texas Supreme Court or otherwise— whether plaintiffs’ claims against the licensing officials should be dismissed [citations omitted].”

Lawyers for the plaintiffs suggested that the state official’s motion to certify is a last-chance attempt akin to grasping at straws.

“[Defendants could have made their certification request to the U.S. Supreme Court, but they did not do so,” the brief says. “And they have already filed their opening brief in this Court, yet they did not seek certification there either. They belatedly do so now only after the Supreme Court has already resolved the issue against them at the motion-to-dismiss stage and affirmed the district court’s order.”

For their part, the Texas officials say the issue of whether the licensing officials can take discipline those who violate the state law.

“The Court should certify the question whether Texas law allows the Texas Medical Board, the Texas Board of Nursing, the Texas Board of Pharmacy, or the Texas Health and Human Commission to take disciplinary or adverse action of any sort against individuals or entities that violate the Texas Heartbeat Act, given the restrictions on public enforcement in [the law],” the government argues. “Certification, rather than remanding for the district court to make [a] guess without guidance or direction from the state judiciary, is appropriate.”

The state officials say that this “indirect” enforcement of SB 8 hasn’t been addressed by the Texas Supreme Court, and that “[a]llowing that Court to make a definitive ruling now would provide that needed authority” in order to determine whether the licensing officials are the right defendants in this case.

“This issue will be dispositive if resolved in the executive officials’ favor,” the state argues. “If the Supreme Court of Texas agrees that the executive licensing officials lack the indirect enforcement authority that the Supreme Court of the United States found adequately alleged on the pleadings, then plaintiffs’ claims would have to be dismissed for lack of Article III standing.”

It was not clear from the order who made up the majority panel in the ruling, but U.S. Circuit Judge Andrew Higginson filed his own dissent. He would have rejected the request from the state officials, and he made his dissatisfaction with the majority opinion clear in an eight-page dissent filed along with the order Monday.

“I do not find any ambiguity in the majority’s judgment,” Higginson, a Barack Obama appointee, wrote in his dissent. “The defendants already lost this point in the Supreme Court. They should not get a second bite.”

Higginson said that by even considering the state’s motion to certify, the Fifth Circuit is adding an unnecessary layer to legislation and jurisprudence that is already muddled and complex.

“Given our oath to ‘protect and defend’ the Constitution, I would not add yet another stack to this matryoshka doll’s despairing design,” Higginson wrote, making perhaps a pointed reference to wooden “nesting” dolls that traditionally depict women, with each doll containing a smaller one inside of it. He continued:

“The Supreme Court’s opinion and remand does not allow us to place new impediments in the path of federal court review of this mutinous law—above all not obstacles that the Court has already held do not exist. It is indignity enough that states feel emboldened to nullify constitutional rights expounded by the Court.

Contrary to the Supreme Court’s accelerated relief, what this court does today adds impermissible delay to the vindication of the constitutional rights of Texas women in federal court. I would deny the defendants’ motions and remand this case to the district court as soon as possible, so that what remains of the plaintiffs’ lawsuit can proceed. As Chief Justice Roberts wrote, with no demurrer from other members of the Court: ‘Given the ongoing chilling effect of the state law, the District Court should resolve this litigation and enter appropriate relief without delay.'”

Higginson said that the Supreme Court “has properly ignored the public controversy surrounding this case,” and expressed confidence that it would not allow lower courts to undermine its own rulings.

“Writing as but one judge on an inferior federal court, albeit the court entrusted to enforce an earlier, actively resented Supreme Court decree, I am confident that, in this case as in Terry, the Supreme Court will not allow the Constitution to be circumvented and itself to be enfeebled,” Higginson wrote.

Read the order and Higginson’s dissent, below.