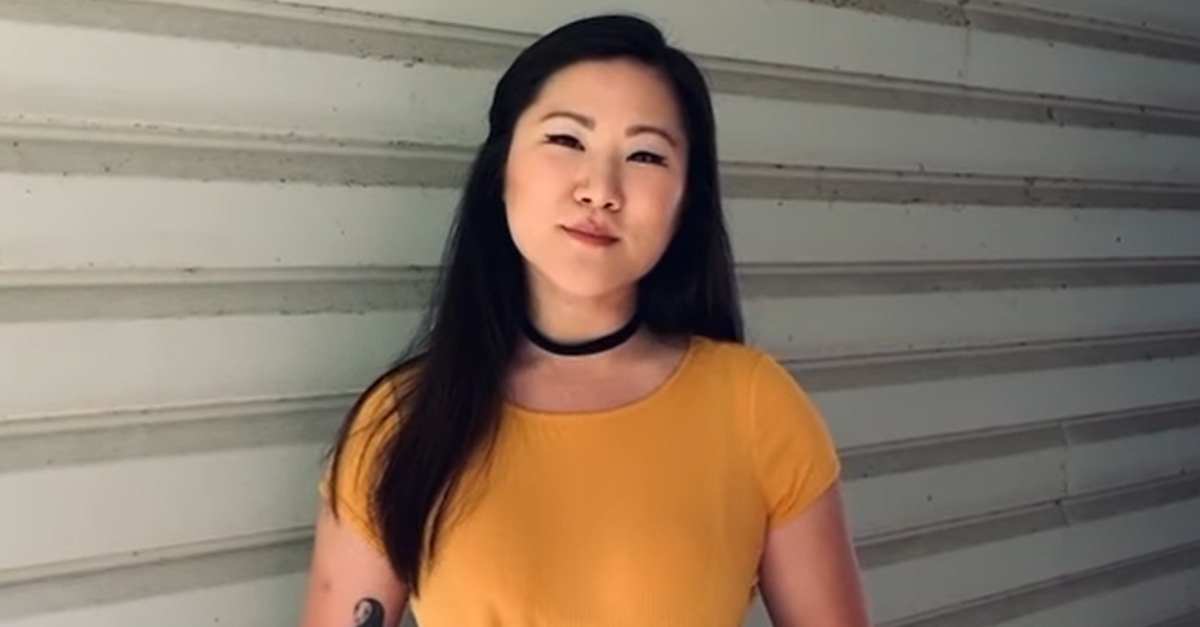 Lauren “El” Cho in a singing video shared by her family.

Deputies in California found human remains during their search for a missing woman, but they have not yet confirmed the identity of the deceased person.

The San Bernardino County Sheriff’s Department announced that they discovered unidentified remains on Saturday when looking for Lauren “El” Cho, 30, but deputies noted it could take weeks to figure out identification. From deputies on Sunday:

The New Jersey native had moved down to Yucca Valley, California, with boyfriend Cody Orell. They stayed at “The Whole,” a series of Airbnbs, where she worked as a chef. It is on the 8600 block of Benmar Trail, deputies said.

Cho had purchased an old school bus and was converting it to a food truck.

“Lauren wanted a different life,” Orell, who was just a friend when she disappeared, told the Hi-Desert Star in early July. “She wanted to move from the East Coast and taste freedom. She quit her job and moved into the bus with me. The idea was she was going to come here and open the food truck and follow her dreams.”

But Cho went missing since approximately 5:10 p.m. on June 28, San Bernardino County deputies said. Orell called for help at 5:13 p.m., saying Cho walked into the hills between Yucca Valley and Morongo Valley after she got upset, according to the sheriff’s report obtained by the Star. He told deputies that she did not bring food, water, or her phone.

“Anyone with information regarding the search for Ms. Cho is urged to contact Detective Edward Hernandez or Sergeant Justin Giles, Specialized Investigations Division, at (909) 387-3589,” deputies wrote in a Sept. 21 update. “You may remain anonymous by contacting the We-Tip hotline at 800-78-CRIME (27463) or www.wetip.com.”

As part of their efforts to find Cho, her family started up a Facebook page with updates on the case, and included pictures of her tattoos.

“El has a number of tattoos,” they wrote in a Sept. 26 post. “Many of them are not regularly visible in everyday street clothing, but we want to point out a few that could be easily noticed and are fairly unique.”