Dems’ Experts Unanimous That Trump Committed Impeachable Offenses: ‘Worse Than the Misconduct of Any Prior President’ 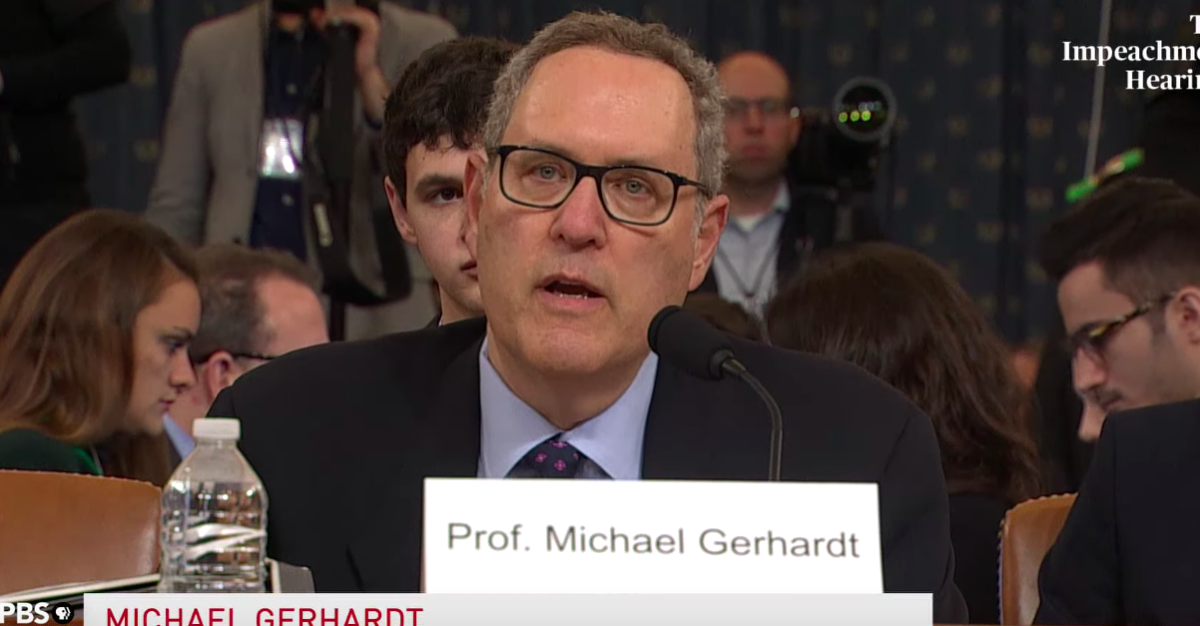 The impeachment inquiry into President Donald Trump moved to the House Judiciary Committee on Wednesday where four professors of constitutional law are providing expert testimony regarding the historical and constitutional grounds for removing a sitting president.

As noted by the written version of his opening statement, University of North Carolina Law Professor Michael Gerhardt would contextualize the gravity of Trump’s conduct in office against the actions of past presidents’ actions, concluding that Trump abuses of power are far worse than anything ever done by his predecessors.

“The president’s serious misconduct, including bribery, soliciting a personal favor from a foreign leader in exchange for his exercise of power, and obstructing justice and Congress are worse than the misconduct of any prior president,” he said.

After a thorough investigation of the available evidence and public testimonies regarding the President’s behavior, Gerhardt concluded that Trump has used the power of the presidency to chip away at the Constitutional safeguards specifically put in place by the Founders to prevent against the establishment of an American monarchy.

“The president’s defiance of Congress is all the more troubling due to the rationale he claims for his obstruction: His arguments and those of his subordinates, including his White House Counsel Pat Cipollone in his October 8th letter to the Speaker and three committee chairs, boil down to the assertion that he is above the law,” Gerhardt continued. “No misconduct is more antithetical to our democracy, and nothing injures the American people more than a president who uses his power to weaken their authority under the Constitution as well as the authority of the Constitution itself.”

Gerhardt, who specializes in the legal relationship between Congress and the President and may be the most influential expert of the subject of presidential impeachments, also spends a significant portion of his statement unfavorably comparing Trump’s actions to the conduct that led former president Richard Nixon to resign from office in disgrace.

“Even President Nixon agreed to share information with Congress, ordered his subordinates to comply with subpoenas to testify and produce documents (with some limited exceptions), and to send his lawyers to ask questions in the House’s impeachment hearings,” Gerhardt stated. “The fact that we can easily transpose the articles of impeachment against Nixon onto the actions of this president speaks volumes – and that does not even include the most serious national security concerns and election interference concerns at the heart of this president’s misconduct.”

He said that if Trump’s actions aren’t impeachable, nothing is.

“On the basis of the testimony and evidence before the House, President Trump has committed impeachable high crimes and misdemeanors by corruptly abusing the office of the presidency,” Feldman said in his opening statement. “Specifically, President Trump abused his office by corruptly soliciting President Volodymyr Zelensky to announce investigations of his political rivals in order to gain personal advantage, including in the 2020 presidential election.”

“[E]verything I know about our Constitution and its values, and my review of the evidentiary record, tells me that when President Trump invited — indeed, demanded — foreign involvement in our upcoming election, he struck at the very heart of what makes this country the ‘republic’  to which we pledge allegiance,” she said. “That demand constituted an abuse of power.”

Gerhardt Statement by Law&Crime on Scribd