Death of Charles Vallow was Necessary in Order for Chad Daybell and Lori Vallow to Fulfill Religious Prophecy: Police 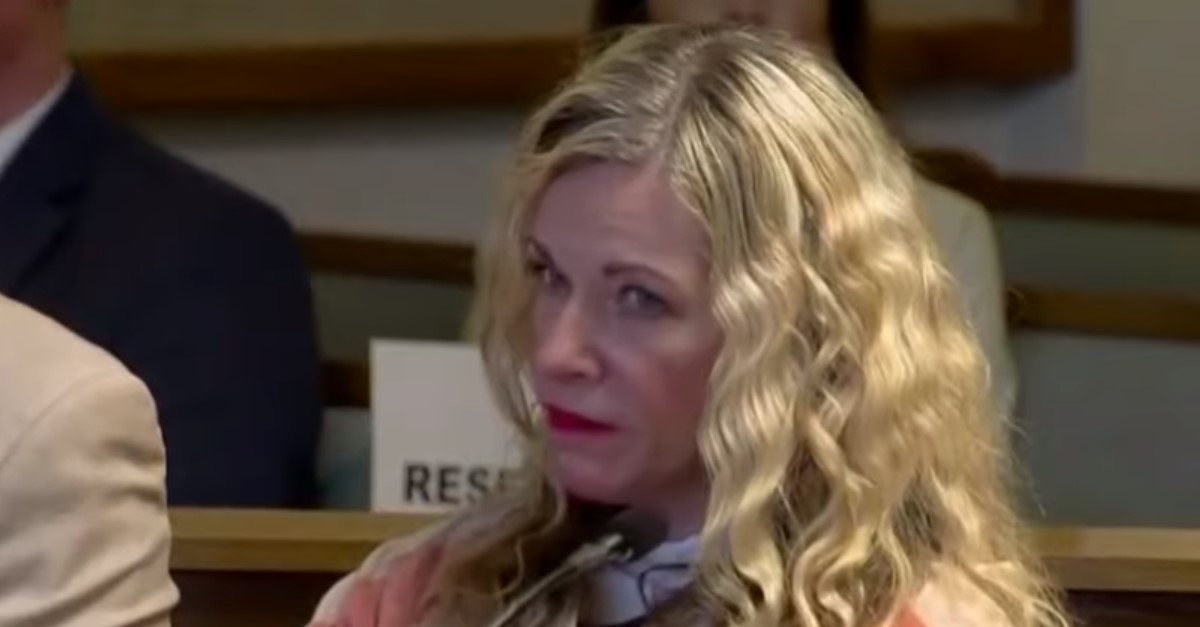 Accused triple-murderess Lori Vallow Daybell conspired to kill her fourth husband in order to fulfill a bespoke religious prophecy and clear the way for the marriage to her fifth husband, according to court documents recently released by law enforcement in Arizona.

Charles Vallow was shot and killed by his then-wife’s brother Alex Cox on June 11, 2019. The culprit phoned 911 dispatchers and told authorities that he had killed his brother-in-law in self defense.

Police were immediately suspicious due to “a potential bullet strike on the ground near Charles Vallow’s body,” but held off on filing charges because none of their concerns “would immediately provide probable cause for the arrest of anyone present at the time of the murder and [because] more investigation was necessary,” according to a probable cause affidavit obtained by Law&Crime.

As days and weeks went by, however, the timeline of events leading up to the slaying increasingly gave investigators pause.

According to police, the couple had been having marital problems that focused on the wife’s state of mind and the husband’s alleged infidelity. A separation ensued. The kids, seven-year-old Joshua “JJ” Vallow and seventeen-year-old Tylee Ryan, did the typical thing and went to go stay with their mom in Arizona. Charles Vallow stayed in Texas. His Arizona visit on June 10, 2019 would be the last time he’d ever see any member of his family–or they him–ever again.

Those bedroom issues were cause enough for concern but police eventually learned quite a bit more about Lori’s thoughts during the trial separation that become as permanent as can be.

“It was also learned that during the uncertainty of their relationship Lori left JJ with Charles and disappeared for over two months,” the filing notes. “It was also learned that Charles was concerned for Lori’s mental health as she had begun to express that she was selected to prepare 144,000 people for the end of the world. Concerned for her well-being and that of the children, Charles filed a mental health petition asking for a mental health evaluation. In this petition, Charles talked about how Lori had told him that he was possessed by a dark spirit by the name of Ned Schneider. Lori would even refer to Charles in conversation and documentation by the name of Ned.”

A few months passed. They were not at all uneventful.

In early October, Cox became the principal suspect in the drive-by-shooting attempt on the life of Brandon Boudreaux, ex-husband to Lori Daybell’s niece, Melani Boudreaux Pawlowski. Boudreaux has long been the foremost source of information on the doomsday cult beliefs of the Daybell family–by way of bizarre, zombie-laced testimony filed in a custody dispute with his ex-wife.

Also in October, the two children were reported missing for the first time by JJ Vallow’s grandmother. They were last seen alive in September 2019 and a welfare check that November turned up something police thought was odd: “Lori had relocated to Rexburg, Idaho with Alex Cox” but without her children.

The suspect mother “indicated that the kids were staying” in Arizona. Police quickly found out that wasn’t true. A second story was offered for the whereabouts of her children. That one fell apart, as well.

Then something doubly off-base began to chew at the police’s heels.

“During this time, investigators learned that Lori Vallow had married Chad Daybell who was a resident of Rexburg, Idaho,” the document says. “Strangely, Chad’s wife Tammy Daybell died in her sleep on 10/19/2019. Lori and Chad would marry within a month of Tammy’s passing.”

Not convinced about victims of happenstance, several local, county and federal law enforcement agencies were eventually brought into the fold. Over the next year-and-a-half, the children’s bodies would be found, Chad Daybell would be indicted for their murder, his nascent bride along with them. Earlier this month, Lori Daybell would be charged for murder again in the death of her fourth husband.

Those investigative efforts eventually led the Chandler Police Department to the following conclusions:

As a result of the data recovered, it was believed that none of the mentioned crimes were coincidence or justifiable. Specifically to Chandler, the evidence shows that Charles’ death was a planned event and necessary to prevent Charles and others from confronting Lori about her extreme religious beliefs when he came to town on 07/11/2019. The death of Charles Vallow was also necessary in order for Chad Daybell and Lori Vallow to marry and fulfill their religious prophecy.

The department also provided additional insight into the fanciful religious beliefs held by the Daybells:

It was discovered that Lori Vallow believed she was an exalted Goddess and she and Chad were directed to lead 144,000 people in preparing for the end of the world. Through this investigation, many witnesses came forward and provided insight into this belief system. Using these interviews and the data gathered from the above mentioned warrants, several others who shared Lori and Chad’s belief system were identified. Those pertinent to the investigation were identified [redacted] It was discovered that Lori and Chad believed that they had extraordinary abilities. Some of these abilities included the power to teleport and cause harm to others, the ability to call up natural disasters, the ability to pray away demonic spirits attached to others and also visionary capabilities. Because of these abilities provided to them, they felt that they were qualified to tell whether someone had a “light” or “dark” scale associated with them. This scale would indicate whether or not they had demonic spirits attached to them. Lori and Chad would often refer to these dark spirits by actual name, by a certain level of spirit or by using the term zombies.