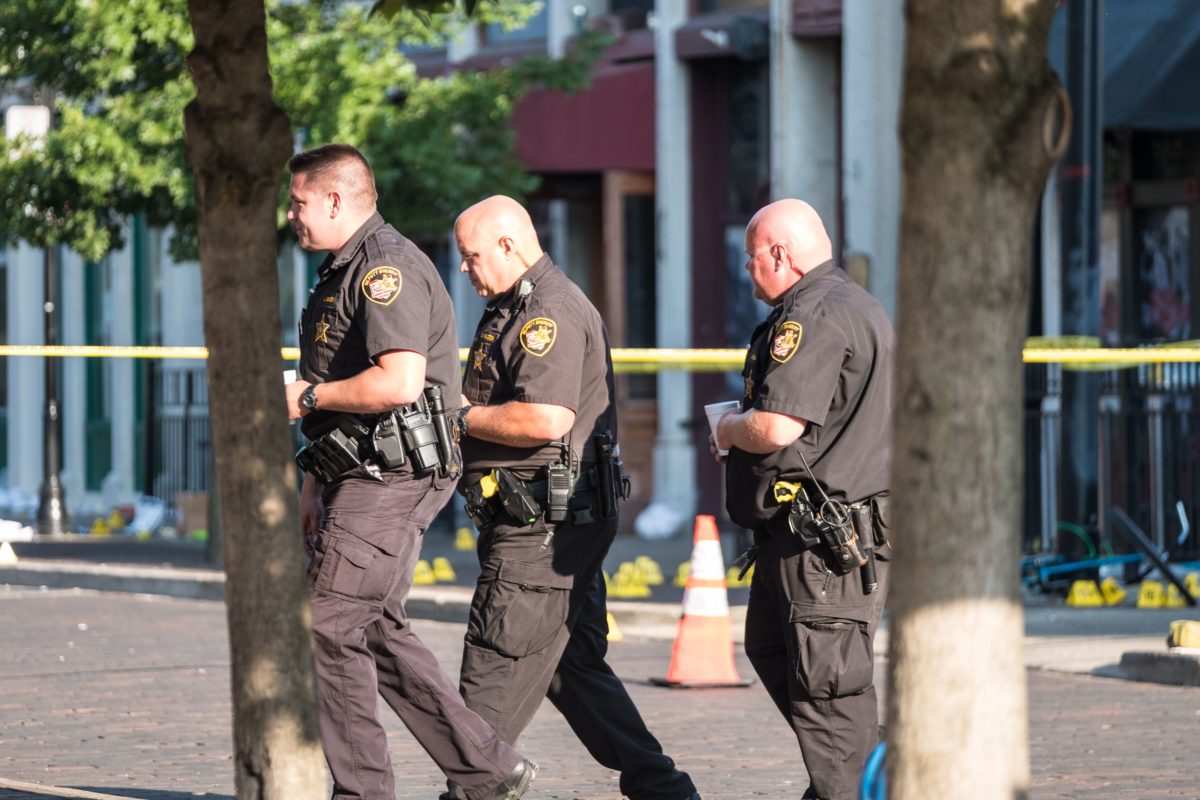 The ex-girlfriend of Connor Betts, 24, the shooter who murdered 9 and injured 27 during his attack in Dayton, Ohio, claims that she saw a series of warning signs while the two were dating.

Caitlyn “Adelia” Johnson, also 24, told NBC that she and Betts dated for a few months this spring after meeting at Sinclair Community College. The two reportedly bonded over their struggle with mental illness. On their first date together, Johnson claimed Betts showed her bodycam footage of a mass shooting at a synagogue. Later in their relationship, he took her with him when dropping off an anonymous letter to an ex which read “you can’t escape your past.”

In Johnson’s eyes, this was “the final red flag.” She said his other behavior, like his role as lead singer in the “pornogrind” metal band Menstrual Munchies and his interest in guns “could be written off as something else.” Towards the end of their relationship, however, Johnson was reportedly scared of Betts and told her friends about how he frightened her.

While Betts’s Twitter account often shared atheistic and leftist talking points, Johnson denies that ideology had anything to do with the shooting. She instead describes it as the final act of a mentally disturbed person.

According to Johnson, Betts’s problems started at home. Regarding his mental state, he allegedly “got the short end of the stick” and had “no support system.”

Another one of Betts’s girlfriends, Melissa Appel, 30, claims that Betts once took her to a shooting range but otherwise thought that he was a “quiet” and “respectful.” Appel reportedly saw no signs of aggressive or antisocial behavior. Appel’s feelings regarding Betts don’t line up with reports from his high school classmates, who claim that he was suspended for creating a “rape-list” during his junior year and that he once choked a girl he was dating.

While evidence of Betts’s antisocial personality and violent tendencies has been abundant, police haven’t determined a clear motive regarding the shooting. Police are also unsure whether Betts meant to kill his sister, Megan Betts, 22, during his attack.