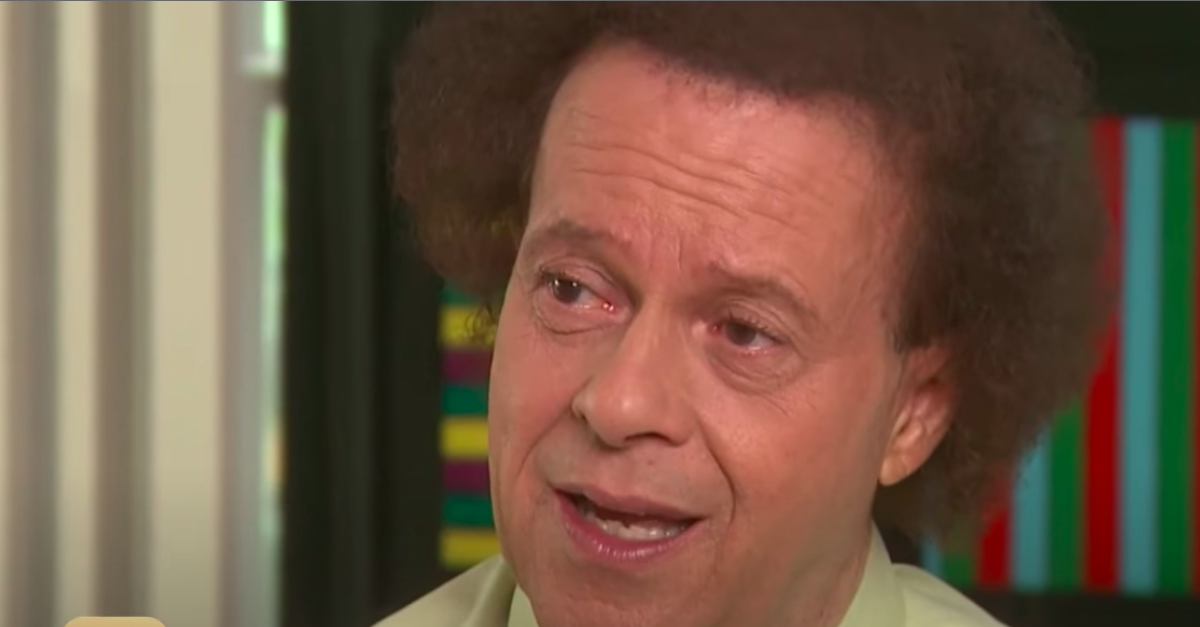 A California appellate court on Thursday ruled that health guru-turned-hermit Richard Simmons could move forward in his lawsuit against Bauer Media Group  (BMG) after Simmons discovered that a private investigator hired by BMG had installed a GPS tracking device on his caretaker’s vehicle.

In the initial July 2018 complaint against BMG–the former owners of gossip magazine In Touch Weekly–Simmons claimed that private detective Scott Brian Mathews was hired by the tabloid’s editors to surveil him in April of 2017 and unlawfully placed a tracking device on the vehicle belonging to Simmons’s caretaker Teresa Reveles.

Citing to California’s anti-SLAPP law, BMG attempted to have the complaint thrown out by filing a special motion which claimed its the conduct was “newsgathering” and therefore protected by the First Amendment of the U.S. Constitution’s right to free speech.

Anti-SLAPP laws, which stands for “Strategic Lawsuits Against Public Participation,” are regulations designed to prevent entities from filing lawsuits for the sole purpose of censoring, intimidating, or silencing critics.

BMG argued that because the lawsuit was “rooted” in the company’s newsgathering activity, Simmons could not “strip Bauer of anti-SLAPP protection” simply by labeling the activity as illegal.

“It is beyond dispute that reporting the news is an exercise of free speech,” the court wrote, noting that the issue in question was “whether the first amended complaint takes aim at activity by Bauer in furtherance of its free speech rights.”

Affirming the decision of a lower trial court, a three-judge panel on California’s Second District Court of Appeals rejected the argument.

“Our examination of each of the pleaded theories of liability reveal none of the causes of action asserted against Bauer arise from Bauer’s or In Touch Weekly’s mere hiring of Mathews to photograph Simmons outside Cedars-Sinai Medical Center on April 17, 2018,” the court said. “Thus, to the extent the newsgathering activity claimed by Bauer qualifies for First Amendment protection, this lawsuit does not chill it.”

The judges also rejected Bauer’s claim that it was not responsible for Mathews’s conduct because he was an independent contractor and Bauer was not aware of his actions.

“Here, Bauer concedes Mathews’s placement and use of the tracking device was illegal and not protected speech. But it insists it merely hired Mathews to take photographs, not illegally place a tracking device,” the panel wrote. “That assertion, however, contradicts allegations in the first amended complaint that Bauer hired Mathews and LA Intelligence both to stake out the hospital during Simmons’s visit and to track and report on Simmons’s whereabouts, making Bauer vicariously liable for their torts. This factual dispute goes to the merits of plaintiffs’ claims and is not relevant to the first prong of the anti-SLAPP inquiry.”

Mathews was charged with two counts of unlawfully using an electronic tracking device and pleaded no contest to two amended counts of vehicle tampering; Mathews was placed on three years of probation.