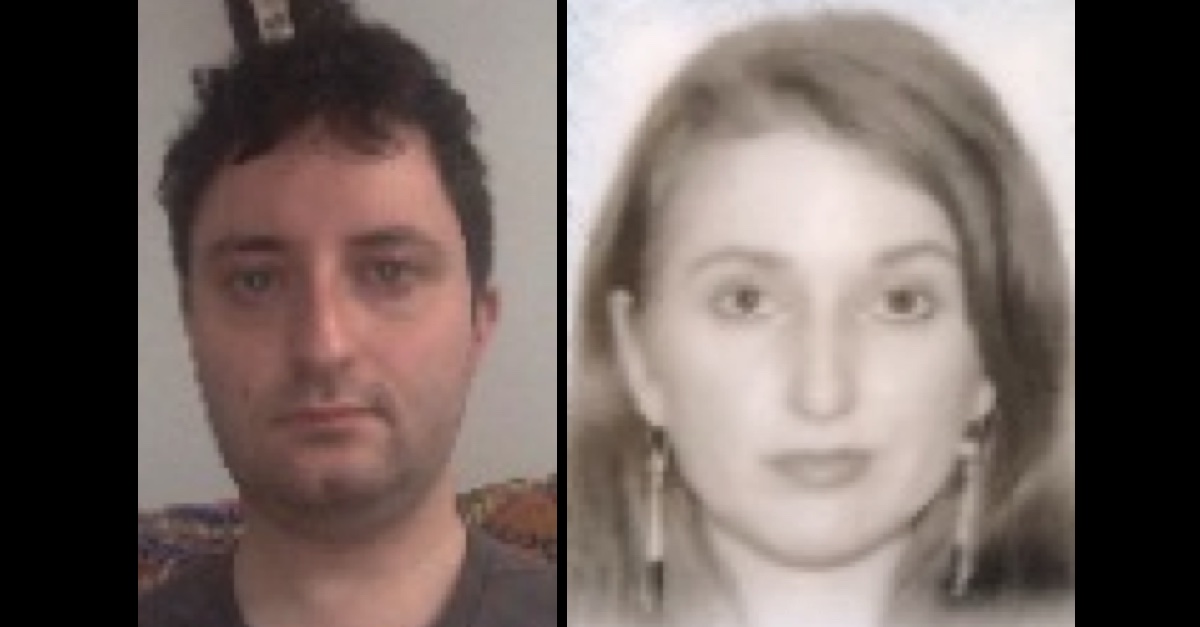 The New York couple facing conspiracy charges in connection with a complicated cryptocurrency scheme wasn’t allowed to return home together on Valentine’s Day after a federal judge ordered one of them to remain behind bars.

Ilya “Dutch” Lichtenstein, 34, and his wife Heather Morgan, 31, were arrested Tuesday and charged with conspiracy to launder billions in stolen cryptocurrency. Authorities ultimately seized more than $3.6 billion from Lichtenstein’s virtual wallet, a haul the Department of Justice said was its “largest financial seizure ever[.]”

The alleged money laundering scheme stems from a 2016 hack of Hong Kong-based exchange Bitfinex, when an estimated $72 million worth of Bitcoin was stolen.

That estimated value now? $4.5 billion, according to the Justice Department.

The government has not commented on whether it believes the couple is behind the hack.

“It’s Incredibly Difficult to Have and Raise Children if You’re in Jail for 20 to 25 years.”

Although a federal magistrate judge in New York originally ordered that the couple be released on bond after their arrest last week—$5 million for Lichtenstein and $3 million for Morgan—Chief U.S. District Judge Beryl Howell partially reversed that decision in D.C. on Monday.

According to court documents, authorities were especially concerned with the couple’s ability to flee the country: despite the government’s seizure of the Bitcoin, Lichtenstein and Morgan allegedly still have access to more than $320 million in unsecured cryptocurrency, and seized documents show an apparent connection to “darknet” websites linked to the production of fake identities and documents.

After a three-hour detention hearing on Monday, Howell ultimately ruled that Morgan can return home to New York under strict conditions, but Lichtenstein has to stay behind bars in the District of Columbia.

Lichtenstein and Morgan’s attorney, Samson Enzer, had argued that the couple had no incentive to flee. He said that they both have strong family connections in the U.S., and emphasized the fact each defendants’ parents—who were in court for the hearing—offered their houses as bond.

Enzer also said that Morgan and Lichtenstein are tied to New York because they had frozen embryos at a hospital there.

“They would literally be leaving their future behind if they left,” Enzer said.

Enzer also offered as proof of the couple’s intention to stay in the U.S. the fact that they didn’t flee after the search warrant was executed in January, around a month before they were arrested.

Assistant U.S. Attorney Catherine Pelker said that the fact that the couple stuck around despite knowing they were under investigation was more likely the result of hubris than a sincere belief that the charges against them are meritless.

Pelker said that when the search warrant was executed in January and they weren’t arrested, Lichtenstein and Morgan believed they had “succeeded in outsmarting us. Even if we were able to trace some transactions to their accounts, [they believed] they had laundered them well enough that they would have plausible deniability.”

Pelker said that when federal authorities issued the search warrant, it was likely that neither Lichtenstein nor Morgan fully understood what evidence the government actually had.

Pelker noted that in the investigation revealed that they may have been planning a flight to Ukraine or Russia, noting that neither is “a great time or place to be traveling right now.”

As to the bond put up by the parties’ parents, Pelker said that their homes couldn’t hold a candle to what the couple could buy if they had access to their crypto accounts.

“The government doesn’t doubt the sincerity of the defendants’ parents,” Pelker said, but added that “several hundred million” in cryptocurrency “can buy each of their parents a private island.”

“If the argument here is they’re so concerned with their ability to have a family, it’s incredibly difficult to have and raise children if you’re in jail for 20 to 25 years,” Pelker said.

“Considerable Exposure Does Create an Incentive to Flee”

Howell ultimately agreed with prosecutors as to Lichtenstein, but allowed for Morgan’s release.

Howell offered a withering critique of the defense’s argument that the evidence against Lichtenstein and Morgan was circumstantial and, therefore, relatively flimsy.

“It’s basic Evidence 101 that circumstantial evidence can be just as strong as direct evidence,” Howell said.

Howell said the couple seemed particularly well-equipped to flee the country: Lichtenstein, though raised in the U.S., was born in Russia and is a citizen there, and Morgan has multiple contacts abroad. Howell also noted that both of them are experienced travelers and technologically savvy, calling them “skilled and quite resourceful.”

“[Their] financial resources could easily be used to facilitate flight,” Howell said, citing the two dozen accounts, allegedly containing hundreds of millions in stolen Bitcoin, allegedly still under Lichtenstein’s control that the government hasn’t yet been able to seize.

The defendants’ past conduct indicates that “they have resources and knowledge of how to obtain false passports and may have already taken steps to put into place a contingency plan for life elsewhere,” Howell said, including possible preparations for identification cards for both men and women.

Howell agreed, however, that the evidence at this point against Lichtenstein was stronger than the evidence against Morgan, and allowed her to return home, albeit with GPS monitoring and strict conditions, including a prohibition on access any cryptocurrency accounts. Howell did not grant Enzer’s request to move Lichtenstein back to federal prison in New York.

According to prosecutors, Lichtenstein and Morgan had a complicated and sophisticated scheme in place to clean funds in the wake of the aforementioned 2016 hack of publicly unknown origin:

The criminal complaint alleges that Lichtenstein and Morgan employed numerous sophisticated laundering techniques, including using fictitious identities to set up online accounts; utilizing computer programs to automate transactions, a laundering technique that allows for many transactions to take place in a short period of time; depositing the stolen funds into accounts at a variety of virtual currency exchanges and darknet markets and then withdrawing the funds, which obfuscates the trail of the transaction history by breaking up the fund flow; converting bitcoin to other forms of virtual currency, including anonymity-enhanced virtual currency (AEC), in a practice known as “chain hopping”; and using U.S.-based business accounts to legitimize their banking activity.

Since their arrest, Lichtenstein and Morgan have been profiled as a colorful couple: Morgan apparently had an alter-ego as a rapper who performed under the name “Razzlekhan” or, sometimes, the “Crocodile of Wall Street,” and Lichtenstein billed himself as a “technology entrepreneur, coder and investor” who went by the nickname “Dutch.”

Read the FBI’s Statement of Facts in support of the criminal complaint against Lichtenstein and Morgan below.