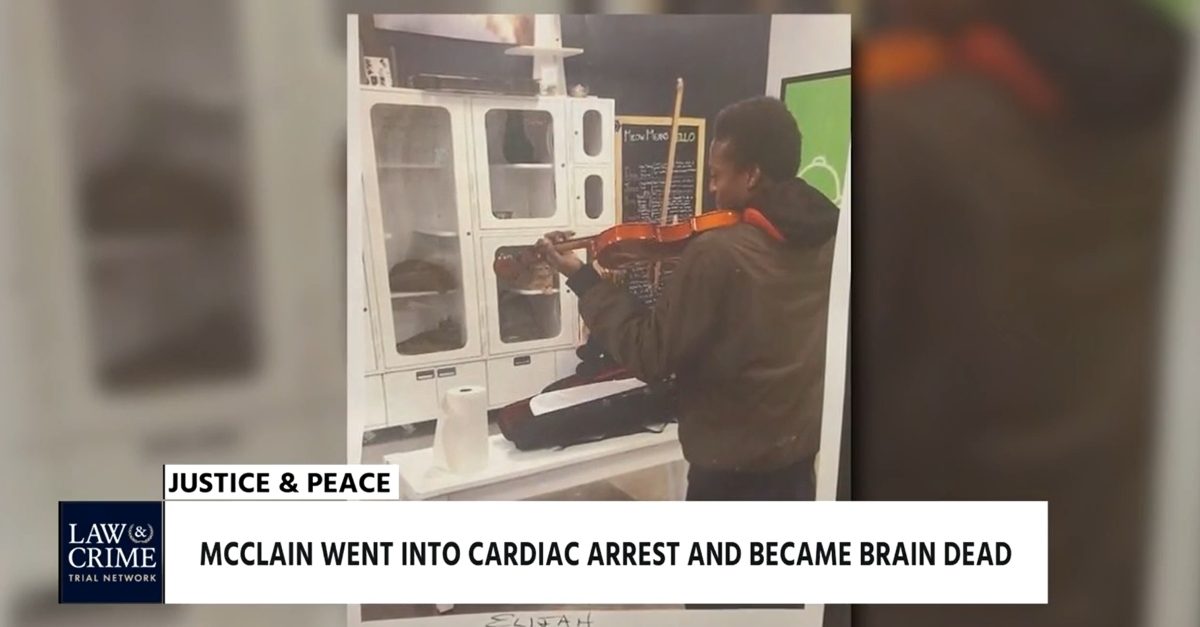 “I appoint Phil Weiser, Attorney General for the State of Colorado, or his duly authorized successor, to be the State’s prosecutor and direct him to take all necessary actions to investigate and, if deemed necessary, prosecute, on behalf of the State of Colorado, any potential criminal activity by law enforcement officers or any other individuals that caused the death of Elijah McClain in Aurora, Colorado in August 2019,” Polis wrote in an executive order published Thursday.

Today I signed an Executive Order designating Attorney General Phil Weiser to investigate and, if the facts support prosecution, criminally prosecute any individuals whose actions caused the death of Elijah McClain.

McClain died days after the August 24, 2019 encounter with police. Officers responded to a call of a “suspicious person.” They said McClain was walking down the street wearing a ski mask, but didn’t stop walking. According to the police account at the time, he resisted, and they took him into custody while applying physical force. Fire officials administered the sedative ketamine, but the man later started suffering a cardiac arrest. During the encounter, officers applied a carotid hold, a kind of choke that cuts off blood to the brain.

Aurora police recently banned the maneuver. McClain’s death sparked outrage. Body cam footage of the incident showed him pleading with officers, saying he couldn’t breathe. Naomi McClain, Elijah’s sister, has told Denver7 that he had been wearing a ski mask because he had anemia and would get cold. She suggested her brother couldn’t hear police in the beginning of the encounter because he was listening to music.

But no one was charged over the death. District Attorney Dave Young said in November 2019 there would be no case. He reiterated his stance on Thursday (before the special prosecutor was announced), saying that the evidence doesn’t support of finding of homicide.

“Elijah McClain’s death was both tragic and unnecessary,” said the prosecutor, who oversees state cases out of the 17th Judicial District in Colorado, in a statement obtained by CBS Denver. “Nevertheless, as set forth in the letter, my role in reviewing the evidence is limited to an assessment of whether criminal charges should be filed against any person involved in the death of Elijah McClain. The forensic evidence revealed that the cause of death was undetermined. Specifically, the pathologist who conducted the autopsy stated that he was unable to conclude that the actions of any law enforcement officer caused Mr. McClain’s death. In order to prove any form of homicide in the State of Colorado it is mandatory that the prosecution prove that the accused caused the death of the victim. For those reasons, it is my opinion that the evidence does not support the filing of homicide.”

Polis made apparent reference to this in his executive order.

“I am keenly aware that an elected district attorney issued a letter explaining his decision not to bring charges in this matter,” he said. “That letter lays out a detailed review of the facts of this case and an in-depth discussion of the legal standard. It does not, however, account for some significant facts that have been widely reported, particularly relating to body camera footage and recordings of the incident.”