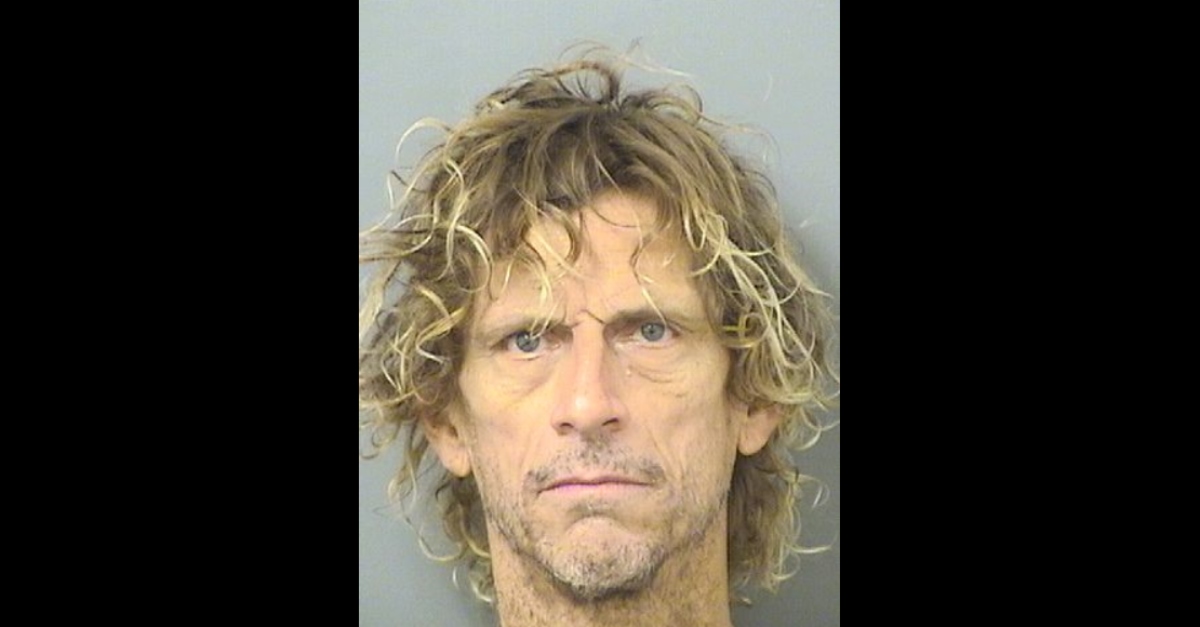 Cops in Riviera Beach, Florida are revealing more details in their allegations against manslaughter defendant Michael Troy Hutto, 54. As previously reported, authorities said he killed Lora Grace Duncan, 18. Now they say the defendant admitted to the homicide across two interviews with police.

From the probable cause affidavit obtained by Law&Crime:

Moments later, Mr. Hutto uttered which was not verbatim, “Oh my God, I think, I hurt my Gracie” as he began to cry.

Police say the case ended up on their radar after the victim’s father asked them to perform a welfare check. The man said that his daughter was with Hutto, her boyfriend. He suggested that the defendant had been giving Duncan drugs “to keep her sedated,” and that when he last spoke to her the previous Sunday, Lora “sounded out of character and possibly on drugs.”

From her cell phone, the father was able to narrow down her location to a Hilton Hotel, police said. Cops and business staff worked together to open the room on October 29, but discovered a crime scene. They found Duncan on the floor by the bathroom door covered in blood; live rounds were on the floor.

The medical examiner found one gunshot wound to the victim’s stomach.

Alleged killer Michael Hutto told Rviera Beach Police “Oh my God, I think I hurt my Gracie.”
Hutto, a co-founder of the Salt Life clothing company, is under arrest for manslaughter in the death of Lora Grace Duncan, 18 at the Hilton on Singer Island. @cbs12 pic.twitter.com/2EVMuqHXsJ

Investigators said they learned the room was rented in Hutto’s name, and that his apparent belongings—including a cell phone, his wallet, and ID—were still inside.

In the affidavit, deputies St. John’s County said that they got a call to a BP gas station on Oct. 28. According to this story, Hutto was taken to a hospital after he was found to be twitching, uttering “delusional comments,” and crying while his eyes rolled to the back of the head.

Detectives said they interviewed the defendant across two sessions at the Baptist Hospital in Jacksonville. In the first, Hutto allegedly said that he thought “I hurt my Gracie.” According to this story, he said he did not want to speak anymore, but asked a detective to return the next day.

In that second interview session, he allegedly confessed in detail to shooting Duncan, but framed this as an accident. Based on the alleged confession, he and Duncan were in the hotel room playing by pretending to shoot each other with a finger and gun. This ended tragically, with him pointing his firearm at her and the gun going off, according to this story. He allegedly claimed to put the gun in his backpack, left the hotel, and kept driving until he ran out of gas at the gas station.

The case caught attention in part because Hutto was a co-founder of a clothing company “Salt Life.” The business said that the founders (including him) have not been associated with the brand since 2013.

Update – November 10, 3:33 p.m.: Hutto’s defense lawyer, private attorney Jesse Dreicer, told Law&Crime in a brief phone conversation that his client will plead not guilty in an upcoming arraignment. Records show that the defendant waived his appearances at any pre-trial conferences, and that he authorized his lawyer to enter a plea of not guilty on his behalf.

Dreicer told Law&Crime that they expected Hutto to be released today. He asked the public to respect the privacy of Hutto and Hutto’s family at this difficult time.