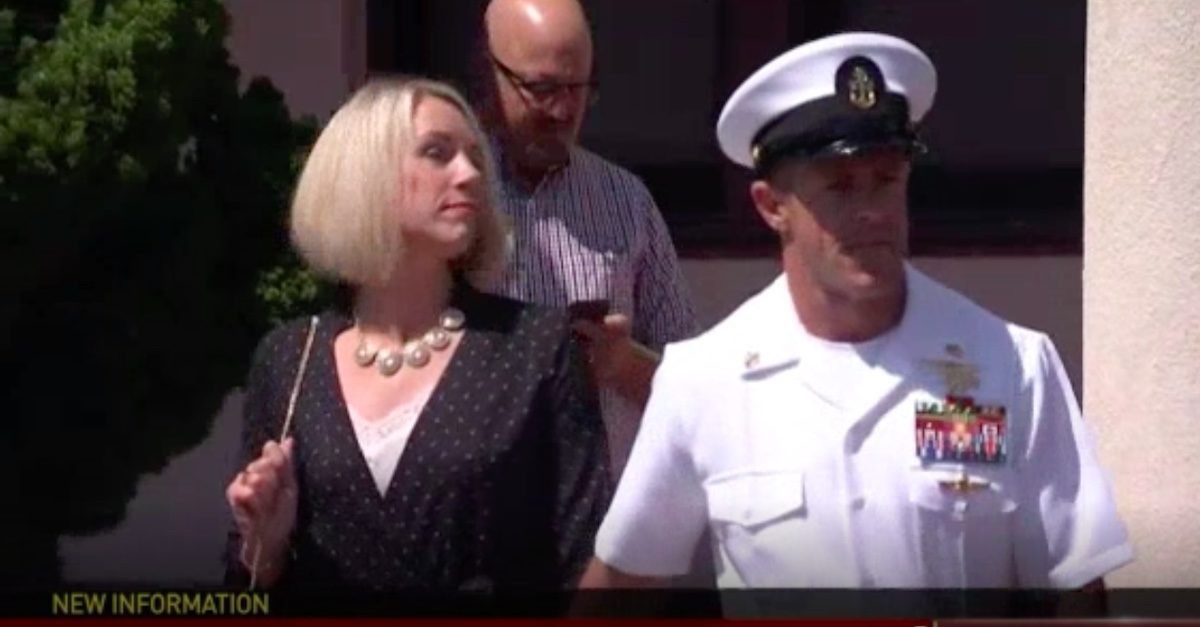 Both sides rested on Friday in the court-martial of Navy SEAL Chief Edward Gallagher, 40, who has pleaded not guilty to accusations he committed multiple war crimes including premeditated murder during his 2017 service in Iraq.

Gallagher’s court martial stems from allegations that in 2017 he stabbed and killed a 17 year old Islamic State fighter who was in U.S. custody as a prisoner and then posed for a photograph with the corpse during a SEAL reenlistment ceremony in Mosul. Gallagher is also accused of shooting two non-combatants during his deployment.

The final witness, Lieutenant Commander Robert Breisch, testified Friday that he was a close friend to Gallagher for ten years who served with him on multiple overseas deployments, and ultimately told the court that he wanted the truth to come out, according to reports from NBC San Diego.

Breisch testified he had previously heard rumors that Gallagher may have engaged in illegal acts until April 2018, when one of Gallagher’s platoon members, Chris Miller, “blurted out” that Gallagher had stabbed a prisoner. According to reports from Reuters, Breisch’s testimony contradicted that Master Chief Petty Officer Brian Alazzawi, Gallagher’s direct superior officer, who testified on Wednesday that Breisch had been aware of the stabbing allegations since October 2017.

In his testimony, Alazzawi said that Miller informed him in October 2017 that while he did not want Gallagher to be arrested, he also did not think he should receive the Silver Star for valor in combat.

Alazzawi testified that five months later, Breisch ordered Alazzawi to stop seven SEALs who were on their way to report the allegations to the office of the commodore of Navy Special Warfare Group 1. Alazzawi said that he stopped the SEALs as ordered, indicating that there was likely a better way to accomplish their objective.

The allegations of Gallagher’s war crimes were not officially reported until April 2018, initiating an investigation into Gallagher’s alleged behavior.

The court-martial, which is being conducted at the Naval Base San Diego, has included testimony from six Navy SEALs, three Marines, several digital and forensic expert witnesses and an Iraqi general.

According to the Orange County Register, both sides are expected to present their closing on Monday before the seven-man jury made up of mostly combat veterans begins deliberation. The court-martial is expected to conclude by July 5.