Even as a California judge declared their leader a “sexual predator,” sentencing him to 16 years and eight months for sexual abuse of minors in his congregation, leaders of the Light of the World Church declared their faith in Naasón Joaquín García, known as “The Apostle of Jesus Christ,” to his five million followers.

Judge Ronald Coen’s harsh view of García followed hours of emotional and graphic testimony in a Los Angeles courtroom Wednesday from five of García’s young female victims, who broke down in tears as they described years of sexual abuse, rape and forced servitude by the sect’s top religious leader.

Over several hours, the victims detailed horrific abuse by García.

“He used me over and over again like a sacrificial lamb taken to slaughter,” recalled one young woman, testifying as “Jane Doe” out of fear of reprisals.

“Do you remember the night you finally stole my virginity…and you smiled and told me it was a blessing from God?” said another, who added: “Do you remember when you wanted me to bring my little sister to you? I said ‘She was only 14’ and you replied ‘I should have brought her to you sooner.’”

In pronouncing his sentence, the judge criticized those who had turned their backs on the victims, saying “Shame, shame on you.”

But none of that seemed to deter his followers and church leaders who claimed the prosecution’s evidence was “doctored and altered,” as they reiterated their support for the man they call their “Apostle.” A statement from church leaders following the sentencing stated “our confidence in him remains intact,” comparing his prosecution to “a path that God has placed in front of him for a reason, as he did for Apostle Paul.”

Former members of the Church stressed that García’s relatively short sentence as a result of a plea deal with prosecutors means the 53-year-old could be back at the pulpit in 8-10 years.

Sochil Martin, a former La Luz del Mundo member who has filed a civil RICO suit against García and LLDM alleging sexual abuse and other crimes, was highly critical of the plea deal, and compared the church to a mafia-type organization that would continue to operate despite García’s imprisonment.

“They’ve always supported this pedophile, this rapist, this criminal, and who himself just confessed that he was a pedophile. And still the bishops and the hierarchy are lying to the members. They’re still using this power they have to manipulate, use and control these people,” Martin told the Law&Crime Network’s Chief Investigative Correspondent Brian Ross.

“This is not an organized religion, this is an organized institution of criminal activities that’s been running for 96 years. They have power, they have the money,” she added. “And they’re going to keep running with this as long as they possibly can until somebody puts a stop to it.”

Christopher Kellermeyer, whose wife Alondra Ocampo was charged with being García’s accomplice by acting as a “groomer,” said García’s followers would not be easily persuaded of his guilt. 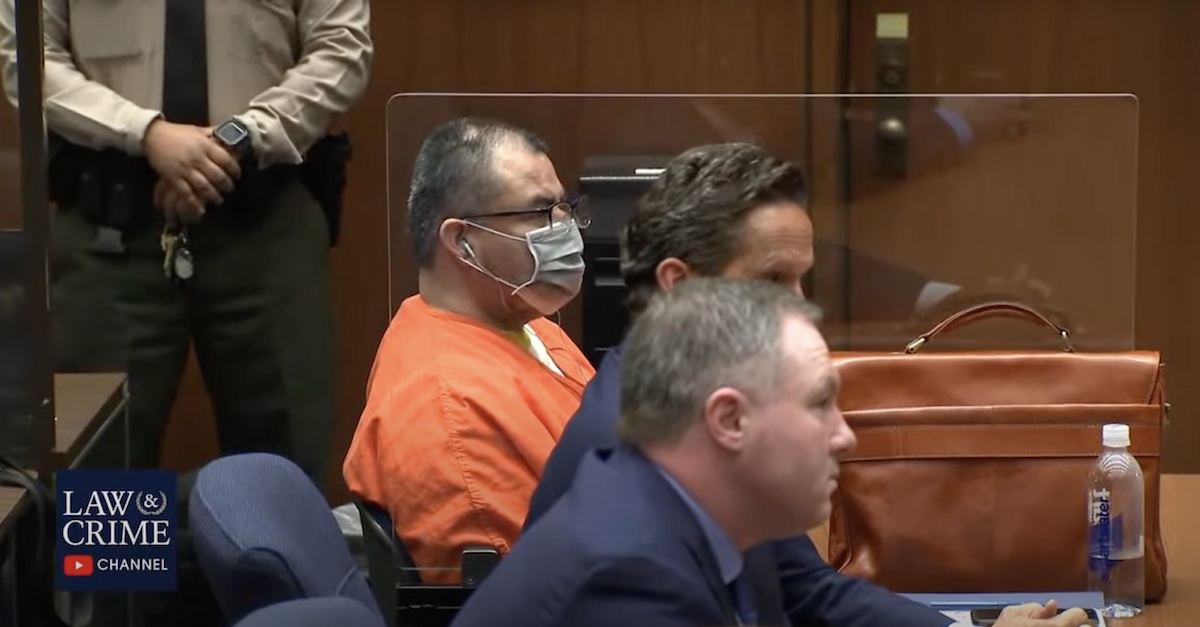 “A lot of people have the expectation that once there was a guilty verdict, whether it be through trial, whether it be through pleading guilty, that loved ones and family members would wake up to the truth. And unfortunately, I see a lot of lamentations of family and family members that are out online saying that they feel very sad,” he said. “But still just purely drinking from that information trough only from the Church. And they’re accepting that narrative that he had no choice, that he is innocent and this is all still some kind of farce.”

Kellermeyer said his wife who earlier pled guilty was preparing to be the star witness at García’s trial and was disappointed not to have the opportunity to testify—having hoped to reach dedicated church members, like her own parents, still in the church who refuse to believe that García is guilty.

But criminal attorney Fred Thiagarajah, who at various points was involved on both sides of the case, noted the reality waiting for García in prison will likely be a stark awakening for the self-described “Apostle,” if not his followers.

“This is a man who has committed atrocities in the name of God, in the name of this church and everything is an excuse. It’s not me that’s doing this, this is what God wants you to do,” Thiagarajah told Brian Ross. “People who molest children, this is the kind of mentality they have. They can never accept responsibility for themselves and for their actions. It’s always somebody else’s fault.”

“Offenders and people accused of molesting children always have a difficult time in prison. I’m sure he’ll survive but I doubt it will be happy. And it shouldn’t be,” the lawyer continued.