Charges Against Conor McGregor Are Dropped After Victim Refuses to Cooperate 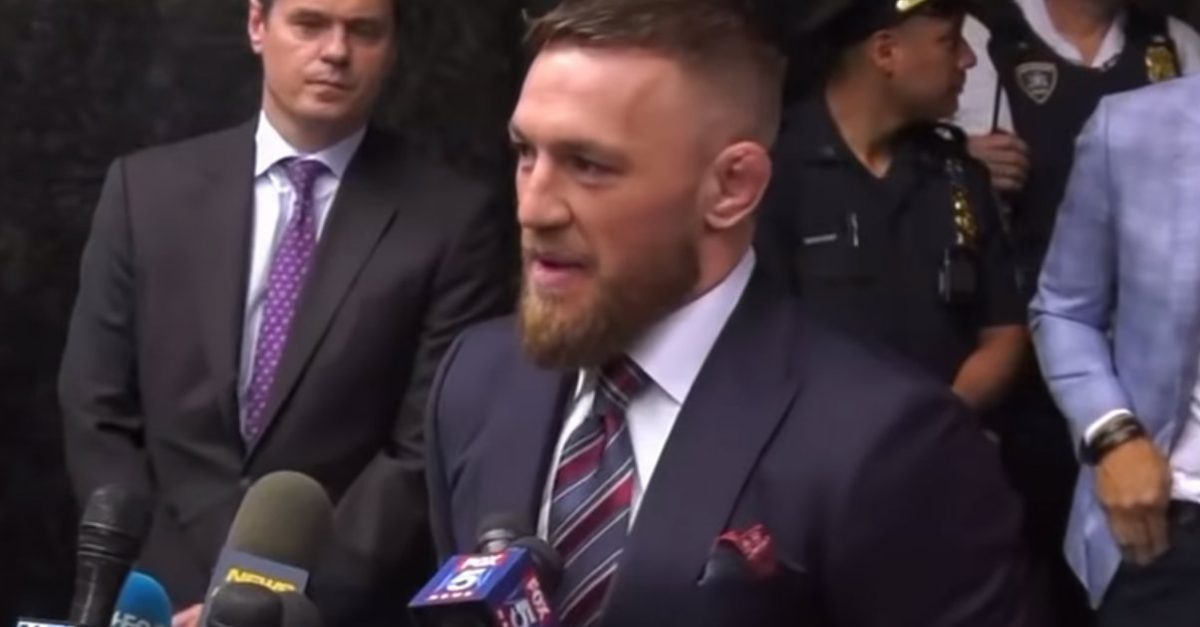 The State Attorney’s Office in Florida announced the decision to drop the charges against Conor McGregor after the victim reportedly recanted and no longer wished to cooperate.

“The victim of the crime does not wish to return to the United States and prosecute this case,” prosecutor Khalil Madani said.

The case stemed from an altercation Ahmed Abdirzak and McGregor had outside of the Miami’s Fontainbleau hotel back in March. As Abdirzak reached out his phone to take a picture, McGregor grabbed Abdirzak’s arm, punched the phone out of his hand and stomped on it. McGregor was then arrested in Miami-Dade County and charged with strong-arm robbery and criminal mischief.

McGregor’s attorney, Samuel Rabin, said “I think this was the appropriate resolution of this case.” Last month, Abdirazk dropped his civil lawsuit against McGregor after an undisclosed settlement had been reached.

The mixed martial arts star has had more than his fair share of violent outbursts. In April 2018, McGregor threw a temper tantrum after he was stripped of his lightweight belt. McGregor pled guilty to disorderly conduct and did no jail time. McGregor might be out of legal jeopardy in the United States, but there is an ongoing criminal investigation in Ireland into an alleged sexual assault that took place last December.