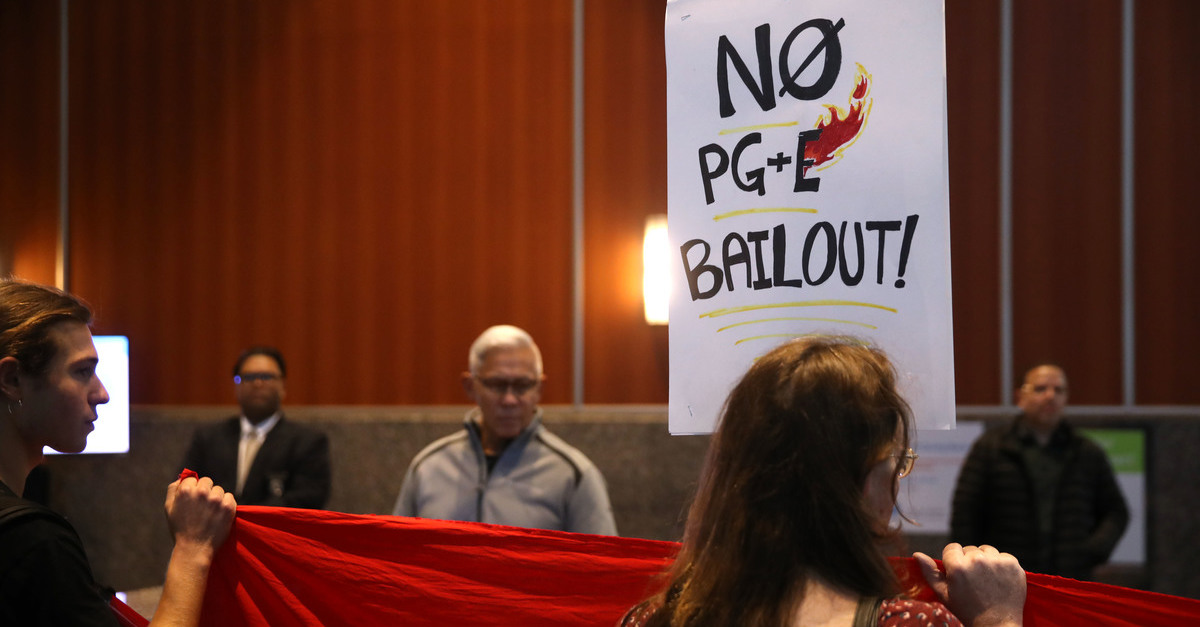 According to the Los Angeles Times, the rejection bodes ill for PG&E’s current executives to retain control of the publicly-subsidized, privately-profitable company as well for the current corporate structure to remain intact. The ongoing bankruptcy proceedings have resulted in outside investors bidding to take charge and profit amidst the chaos—even as elected officials have laid the groundwork for the creation of brand new utilities entirely.

Newsom rubbished the company’s plans in a recent open letter:

In my judgment, the amended plan and the restructuring transactions do not result in a reorganized company positioned to provide safe, reliable, and affordable service to its customers, as required by AB 1054. The state remains focused on meeting the needs of Californians including fair treatment of victims – not on which Wall Street financial interests fund an exit from bankruptcy.

“PG&E’s board of directors and management have a responsibility to immediately develop a feasible plan,” Newsom continued. “Anything else is irresponsible, a breach of fiduciary duties, and a clear violation of the public trust.”

PG&E’s proposal includes the controversial idea that the current board of directors will retain control and the company’s exorbitant rate structure will largely stay intact.

The governor’s approval was not strictly necessary but the utility company publicly sought Newsom’s input and blessing after recently reaching a $13.5 billion settlement with victims of the wildfires caused by their mismanagement and negligence in recent days. PG&E, however, doesn’t want to pay for that agreed to settlement out of pocket and expects California taxpayers to foot the bill.

A new law passed by California Democrats allows certain utility companies to use public funds to cover costs associated with devastating wildfires so long as they abide by certain regulations. Newsom and his team were given five days to determine whether PG&E should be allowed to access the fund and found the company’s proposal lacking.

Under that law, PG&E would have to find its way out of bankruptcy by late June 2020, pay out wildfire claims, abide by stringent climate change rules and other regulations which have apparently yet to be met by the company’s proposal.

“I’m hopeful that all the parties can move together to finally provide compensation for the victims who have suffered for over two years and experienced death, serious personal injury, loss of real and personal property and endured severe emotional distress, but in a manner that guarantees we avoid PG&E’s past mistakes and these fires — which is clearly where the governor is coming from,“ Bridgford told the LA Times.

Others aren’t so sure the negotiations will lead to a just or viable outcome.

“We all know that we can’t trust PG&E to do the right thing or even follow the law,” Democratic State Sen. Bill Dodd told the outlWe need to achieve systemic change in the structure and governance of PG&E to ensure safe, reliable power. The stakes for California are too high to leave it to PG&E executives and their narrow self-interests.”

As Law&Crime previously reported, earlier this year, state fire investigators determined that PG&E was responsible for the 2018 Camp Fire that killed 85 people in Paradise, California. Several other wildfires have also been attributed to the near monopoly due to their consistent negligence and inability to upkeep power infrastructure across the Golden State.