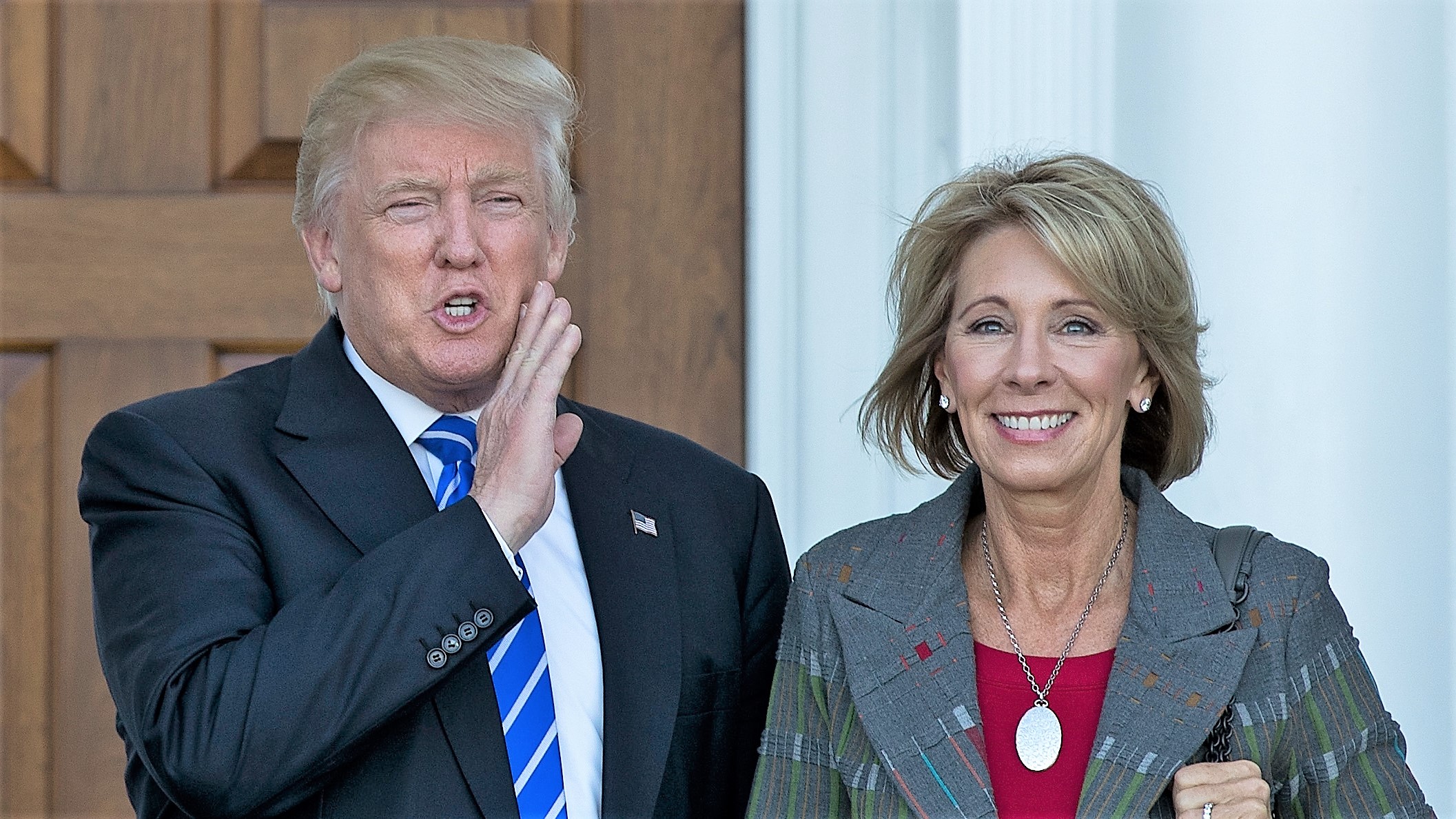 U.S. Secretary of Education Betsy DeVos and her Department of Education (DOE) violated a court order which prohibited the agency from collecting student loan payments from defrauded borrowers–and then she drastically under-counted the number of former students who were impacted by that initial illegal decision.

In a 14-page compliance report filed with the U.S. District Court for the Northern District of California on Tuesday, attorneys for the DOE confessed to unlawfully collecting such payments from nearly 46,000 students (45,801 to be exact) who were scammed by for-profit colleges.

Those students attended various campuses owned by the Corinthian Colleges chain and were enrolled in educational programs which DeVos has personally described as “worthless.”

“FSA discovered that errors in the communications between FSA and loan servicers in August 2019 asking the servicers to identify which potential class members received erroneous billing notices led to incorrect undercounting of borrowers who received notices but were put back in forbearance before their payment due date passed,” the filing continues. “Although these borrowers had their forbearance (or similar status) renewed before the date the borrowers were told they needed to make a payment, these borrowers did receive an erroneous notice indicating that they would need to make a payment, so they should have been included in prior reports.”

Those borrowers sued via class action in a case stylized as Martin Manriquez  v. Elisabeth DeVos. In May, U.S. District Magistrate Judge Sallie Kim put the kibosh on DOE’s collection efforts by issuing a court order which barred further collection efforts. The Trump administration, however, was none-too-quick to comply.

In addition to those improper payments, thousands of borrowers had their credit scores slashed, tax rebates pared down and paychecks garnished as a result of those faulty payment due notices.

This time around, however, the collective damage to scammed borrowers was substantially greater. DeVos noted that nearly 12,000 students made payments after receiving erroneous repayment notices. Nearly 600 students had their tax refunds taken away and wages garnished for failure to pay. As for adverse credit ratings: 5,000 borrowers suffered precipitous drops in their credit scores due to DOE’s malfeasance.

“Scam for-profit colleges defrauded these students, ruining their credit and making it impossible for many to buy a home or build the lives they want,” noted educator Rebecca Parson, who is running for Congress as a democratic socialist against a centrist incumbent in Washington’s sixth Congressional District.

Parson cast the DOE’s unlawful attempts to collect as part of a broader systemic failure in need of a thorough systemic reset.

“Betsy DeVos owes them debt forgiveness, and it is an outrage that she is refusing to provide it,” she said in a message to Law&Crime. “This is just one of many reasons we need free public college: so young people desperate to build a better life have legitimate options, not scam institutions.”

The fault, DeVos and her attorneys insisted in September, rested with private lenders who improperly calculated forbearance on certain loans and with the DOE’s transfer of incorrect data into a recently established federal student loan record system.

Tuesday’s compliance report chalks up the 28,000 under-counted borrowers as yet more victims of technical incompetence:

The Department’s reverification and revalidation efforts recently revealed that an isolated miscommunication between FSA and its servicers and other logistical issues caused this underestimate in the number of impacted borrowers. FSA has corrected the miscommunications with the loans servicers and developed systems to ensure borrowers stay in the correct repayment status, allowing the Department to quickly take these remedial steps.

The DOE previously protested that they tried to alleviate the damage. But Judge Kim wasn’t quite buying that excuse.

“Defendants’ attempt to comply with the preliminary injunction consisted of a single email to each service provider and partial confirmation of receipt of those emails,” Judge Kim wrote in a blistering eight-page decision late October.

That decision ordered the DOE to pay $100,000 in civil contempt fines for the agency’s violation of the court’s preliminary injunction barring the collection of payments from scammed students.

“The Department remains not only focused on remediating any harm to any and all borrowers that have been affected, but also making strategic improvements to our operational program management and loan servicing oversight, control, and communication framework,” the compliance report reads. “The Department will continue its exhaustive efforts to verify, validate, and report on progress to ensure compliance with the terms of the Court’s order and reestablish the trust and confidence of our borrowers.”

But those thousands of additional uncounted violations–and the human cost associated with them–could signal another round of sanctions against DeVos and the nation’s leading educational agency.