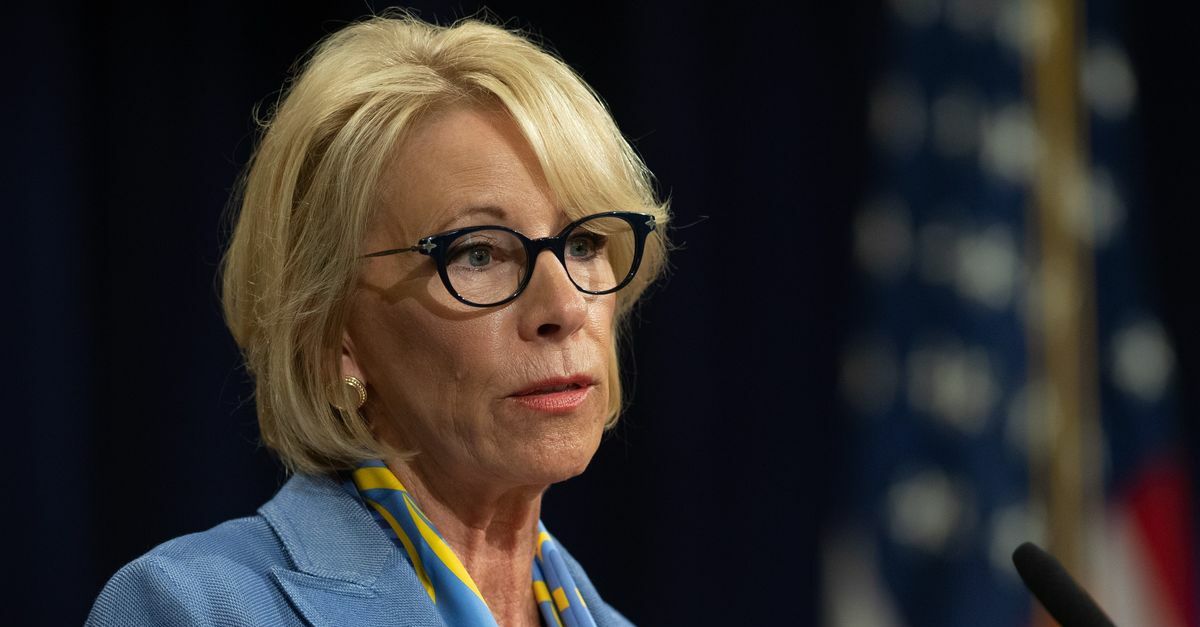 In a 34-page compliance report filed with the U.S. District Court for the Northern District of California on Wednesday, attorneys for the DOE admitted to sending collections materials to several thousand student borrowers who paid for educational programs that DeVos herself had previously described as “worthless.”

Despite the DOE’s recognition of the value of those programs, DeVos’s department still attempted to collect from nearly 75,000 student borrowers who attended various campuses owned by the Corinthian Colleges chain.

In May of last year, U.S. District Magistrate Judge Sallie Kim put an end to those efforts in the case stylized as Martin Manriquez  v. Elisabeth DeVos.

“These people were targeted specifically because they were economically vulnerable,” the plaintiffs’ attorney Eileen Connor told Courthouse News when the injunction was issued. “The department’s delay and denial of loan cancellation is harming them in a way that can’t be repaired, and that harm accrues on a daily basis.”

And now, by the DOE’s own admission, that harm has continued to pile up. Per that recent compliance report:

“Further, the [DOE] has determined to issue refunds to all class members who made payments on their loans during a period of time when the Court’s preliminary injunction placed them into forbearance,” the report continues. “The [DOE] will also be sending such borrowers notices informing them that they will be receiving refunds, also on a rolling basis, as the borrowers are identified.”

But that’s not all. Thousands of student borrowers impacted by the DOE’s violation have had their credit scores slashed, tax rebates slimmed down and paychecks cut due to the improper reporting.

According to the DOE, they are currently working to remedy the above violations by “individually reviewing” loan records in order to issue refunds for wage garnishment and tax refunds and to clear up inaccurate credit reports. The filing doesn’t

The violation came to the DOE’s attention after Connor alerted them.

“On March 26, 2019, counsel for the Plaintiffs in this case informed the Department that some Manriquez class members were incorrectly being taken out of forbearance or stopped collections status,” the filing notes. “After investigating the issue, the Department determined that the error was the result of several different factors.”

Those factors, according to the DOE, were: (1) the incorrect application of loan forbearance length by private loan servicers; and (2) a failure by the DOE to communicate properly with loan servicers–specifically because the DOE transferred bad data into their new federal student loan records system.