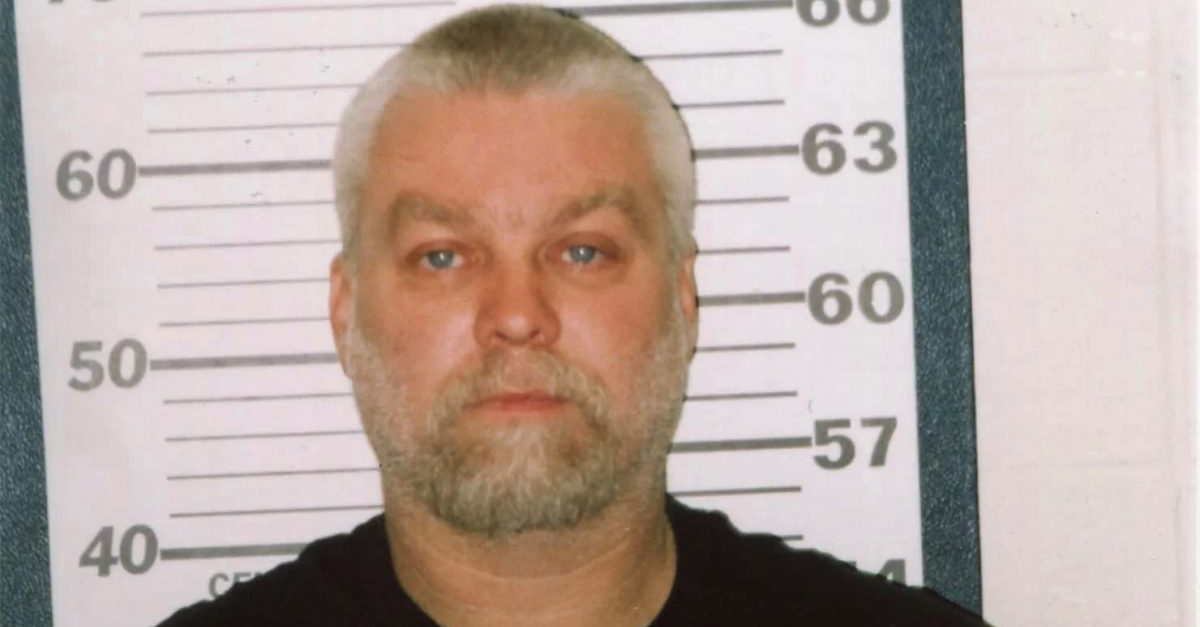 Kathleen Zellner, the attorney for convicted murder Steven Avery, pushed a new theory about the case in a tweet storm on Thursday. She claimed that the real killer of photojournalist Teresa Halbach might have been someone with access to her client’s trailer, and would have known that a cut on his finger reopened shortly after the October 31, 2005 murder.

18. Only our suspect knew the blood in the sink was Steven’s and not TH’s (this rules out the police).

Zellner suggested that the person planted blood in Halbach’s RAV4 SUV, bones in Avery’s burn pit, and the victim’s electronics in her client’s burn barrel.

In conclusion, the killer is the person who had the access and opportunity to plant Steven Avery’s fresh blood in Teresa Halbach’s car. Use #AskZellner for questions

Zellner’s tweet storm appears to build off on a theory from Steven Avery that his nephew, Bobby Dassey, may have been the real killer. Bobby Dassey has never been charged with a crime. This remains a defense theory.

The attorney wrote that Halbach arrived at Avery’s salvage yard around 2:30 to 2:31 p.m of the day she died. Only Bobby Dassey and Steven saw her, Zellner said.

The real killer followed her after she left the scene, the attorney wrote. Avery was in his trailer at the time, she said. Zellner suggested that the person got the victim to pull over, but when she opened her SUV’s rear cargo door to get her camera, this individual knocked her to the ground and hit her with an object. This person put Halbach in the rear cargo area of the RAV4, and drove it back to the salvage yard, according to Zellner.

The SUV was seen leaving the salvage yard with an unknown driver at 3:45 p.m., Zellner said. The vehicle was left by an old dam that day, and three witnesses spotted it up to the following November 4. “Then it was gone,” Zellner added.

9. Recent investigation shows the RAV4 battery died, so it was replaced in order to move the RAV4 to the ASY.

Avery was found guilty in the murder in 2007, but a 2015 docuseries Making a Murderer exposed viewers to the idea that authorities might have framed him for the killing in retaliation for suing them in an unrelated wrongful conviction.

The defendant turned on his former defense lawyers, and is now represented by Zellner.

Avery’s nephew Brendan Dassey was also convicted in the death, but he came quite close to freedom when lower courts overturned his conviction. In the end, however, the U.S. Supreme Court declined to hear an appeal of the 7th Circuit’s en banc decision to uphold the guilty verdict.

Zellner’s attempts to win a new trial for Avery has heretofore been unsuccessful. She blamed his former attorneys Jerry Buting and Dean Strang for the conviction, and said her client had an “airtight alibi.” Key elements in her defense included focusing on suggesting that others hid or destroyed evidence.