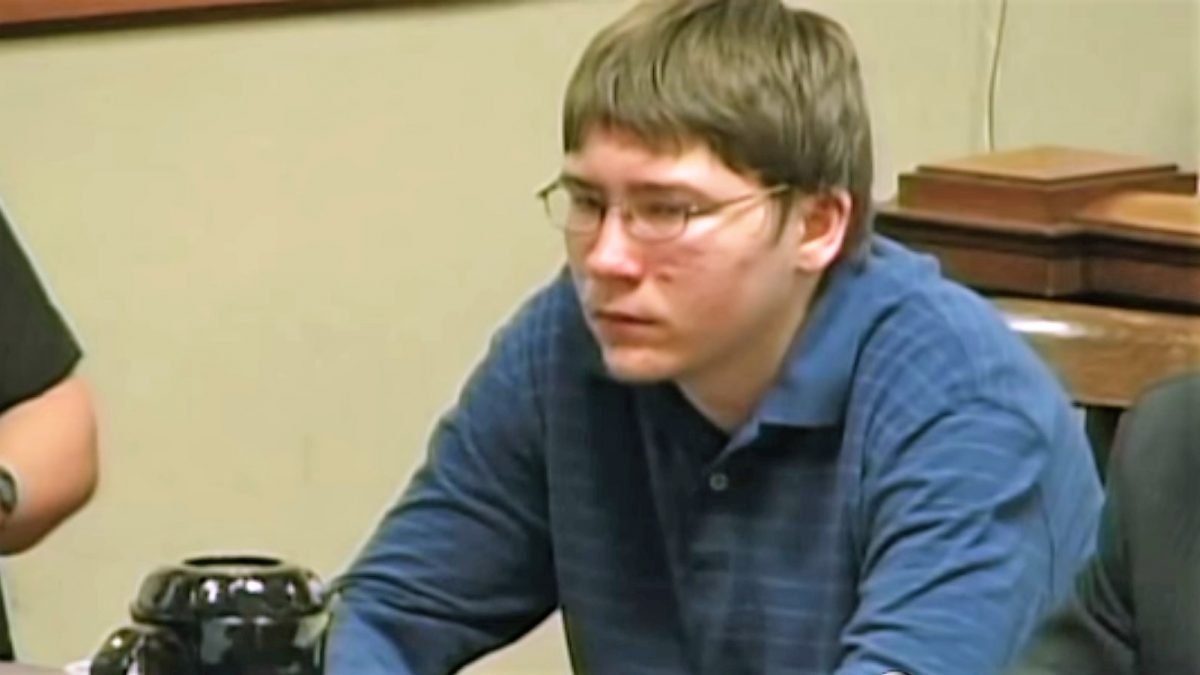 Brendan Dassey‘s journey to the steps of the U.S. Supreme Court has been long and arduous.

In several early 2006 interrogations and statements, Dassey confessed his involvement in the rape and murder of Teresa Halbach. Dassey was charged March 2, 2006. In mid-April, 2006, Dassey’s first trial attorney, Len Kachinsky, moved to suppress Dassey’s confession statements as evidence. The judge who handled the case, Jerome Fox, disagreed and ruled that the confessions should be allowed into evidence. Dassey asked to fire Kachinsky as his attorney. Dassey’s subsequent attorney, Mark Fremgen, renewed the motion to suppress Dassey’s confession, but the judge denied it the second time as well.

These decisions by the judge forced Dassey to explain to jurors why he confessed to the crime, then sought to recant his confession. The defense called an expert to describe false confessions to the jurors and put Dassey himself on the stand. There, Dassey said he made up his confession. A defense expert testified about Dassey’s level of suggestibility (in other words, that the interrogators could have fed him answers).

After conviction, Dassey’s original appeals attorneys took his case to an intermediate state appellate court, the Wisconsin Court of Appeals. That court affirmed Dassey’s conviction in an officially “unpublished” opinion. The Court of Appeals gave deference to the trial judge and ruled that Dassey’s confession was voluntary because the police didn’t coerce him:

The trial court found that Dassey had a “low average to borderline” IQ but was in mostly regular-track high school classes; was interviewed while seated on an upholstered couch, never was physically restrained and was offered food, beverages and restroom breaks; was properly Mirandized; and did not appear to be agitated or intimidated at any point in the questioning. The court also found that the investigators used normal speaking tones, with no hectoring, threats or promises of leniency; prodded him to be honest as a reminder of his moral duty to tell the truth; and told him they were “in [his] corner” and would “go to bat” for him to try to achieve a rapport with Dassey and to convince him that being truthful would be in his best interest. The court concluded that Dassey’s confession was voluntary and admissible. The court’s findings are not clearly erroneous. Based on those findings, we also conclude that Dassey has not shown coercion.

The truth of the confession remained for the jury to determine.

The Wisconsin Supreme Court refused to take the case, leaving the language above as the crux of Dassey’s appeal to the U.S. Supreme Court.

Dassey qualified to take his case to the federal courts upon exhausting his state-level remedies.

The first stop for a federal appeal of a state court decision — which is called a habeas corpus appeal — was for Dassey the federal court of the Eastern District of Wisconsin. There, a federal magistrate judge ruled that Dassey’s confession was coerced and, therefore, inadmissible at trial:  “the primary error in the [state] court of appeals’ terse decision was its focus on facts in isolation and its failure to assess voluntariness under the totality of circumstances . . . [c]onsequently, the court finds that the confession Dassey gave to the police on March 1, 2006 was so clearly involuntary in a constitutional sense that the court of appeals’ decision to the contrary was an unreasonable application of clearly established federal law.”

The federal district court judge said that while the interrogators, Mark Wiegert and Tom Fassbender, did not mount “an intentional and concerted effort to trick Dassey into confessing,” their words and actions constituted a slowly wore Dassey down in a way that is not Constitutionally permissible.

The Wisconsin Department of Justice appealed the case to the federal 7th Circuit Court of Appeals in Chicago. There, a three-judge panel also ruled that Dassey’s confession was involuntarily coerced, that his trial judge should have thrown it out, and that Dassey needed to either be released or re-tried without his confessions coming into evidence.

The Wisconsin Department of Justice appealed again and sought a review of the case by all seven judges who sit on the 7th Circuit bench. Such a review, called an en banc hearing, is statistically very rare, but the court agreed to hear the case in such a manner. The en banc panel flipped the prior two federal decisions and ruled 4-3 that the state courts got the case right. However, the 7th Circuit en banc panel hinted in its sharply-divided opinion that the judges were not necessarily happy with the conclusion the law required. Writing for the majority, Judge David Hamilton wrote, “[t]he state courts’ finding that Dassey’s confession was voluntary was not beyond fair debate, but we conclude it was reasonable.” Judge Hamilton’s reasoning was that since federal habeas corpus statute required deference to the state court opinion under review, he couldn’t peer too deeply into Dassey’s confession itself. All he could do was see whether the state court gave it reasonable review. Because he believed it did, the law required deference.

From there, Dassey’s attorneys appealed to the Supreme Court of the United States.

It is notable that the Supreme Court rejected Dassey’s petition without a dissent. Sometimes, when not enough justices agree to take a case, one or some justices who voted in favor of accepting a case will write a dissent to the rejection. These dissents, which are usually brief, give some sense of why at least one justice believed the case should have been heard. Here, no such dissent exists, so it is impossible to peer further into the minds of the justices.

Aaron Keller covered the Avery and Dassey trials as a local journalist in northeastern Wisconsin between 2005 and 2007. He is now a licensed attorney and the senior live, streaming trial host at the Law&Crime Network. Follow him on Twitter @AKellerLawCrime.

[Editor’s Note:  this piece has been updated to include that no dissent was filed.]