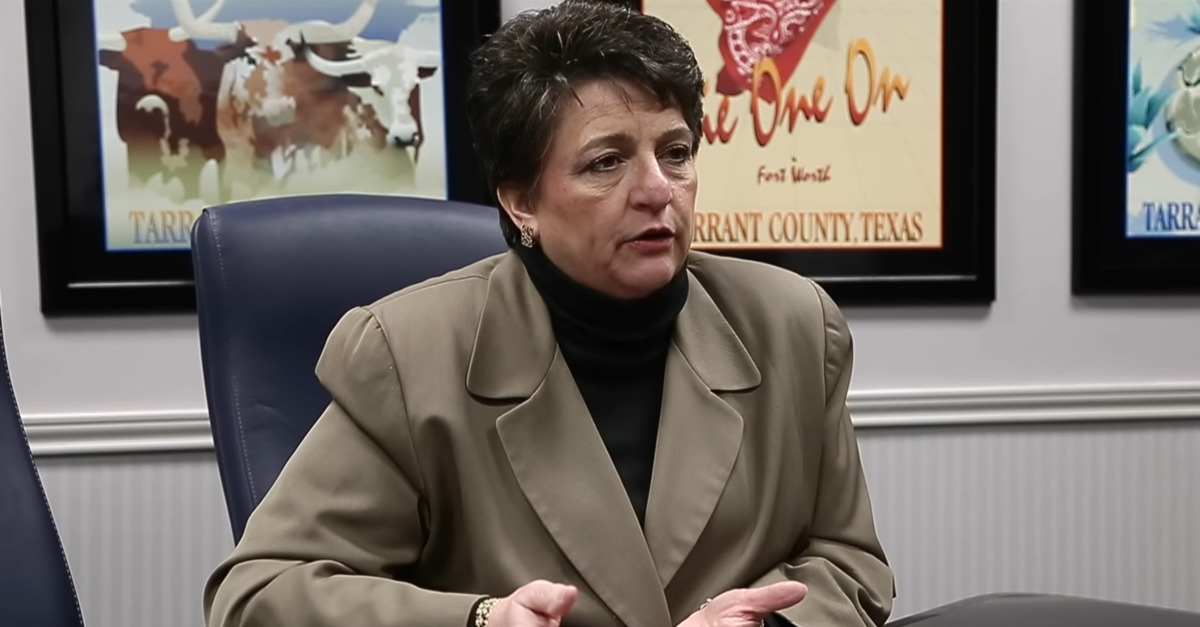 Wilson is overseeing the case against former Fort Worth Police officer Aaron Dean for the alleged murder of Atatiana “Tay” Jefferson, the black woman Dean shot and killed in her own home over the weekend while she was playing video games with her nephew.

During a Tuesday interview with SiriusXM’s Joe Madison, Merritt criticized Wilson for her past record as DA and doubted her ability to adequately and impartially conduct the current case against Dean.

“We’re nowhere close to being concluded that this officer is even going to be formally charged with murder,” Merritt told Madison. “There’s still so much more work to do in this case.”

Madison noted Dean’s murder charge was currently being presented to a grand jury and that grand juries are famously hard to read.

Merritt agreed and then drew attention to the DA’s role in presenting the case–highlighting an extremely controversial, highly criticized and allegedly racist decision from Wilson’s past as Fort Worth’s top cop.

“We do know this district attorney,” Merritt said, “Her name is Sharen Wilson. She’s the woman responsible for sentencing a black woman to five years in prison for voting in the last election–a young woman named Crystal Mason.” The SiriusXM host was all-but incredulous.

“No, the same woman?” Madison asked. “This is the same district attorney that sentenced that woman to five years for trying to vote.”

Merritt then offered an historical allusion for context:

I call Sharen Wilson the Bull Connor of our generation. She is a bad district attorney and she is a racist, quite frankly. And it concerns that this case is landing in her lap. I’m hoping that the Department of Justice will step in and prosecute this case on their own.

In 2018, Wilson’s office completed their scandalous prosecution of 43-year-old Mason, a black mother of two who was sentenced to five years in prison for voting in the 2016 election without realizing that her voting rights were still restricted due to a prior felony conviction.

Bull Connor was the infamous Birmingham County commissioner of public safety who fired water hoses and sicced police dogs on black children and other civil rights activists during the Southern Christian Leadership Conference’s Birmingham campaign of 1963.

Mason was released from prison in 2016 after serving a three-year sentence for tax evasion. She mistakenly thought that her full voting rights had been restored and attempted to vote by way of a provisional ballot after being encouraged to do so by a poll worker.

“No one is above the law in Tarrant County,” Wilson said in a press release announcing that deal.

Law&Crime reached out to Wilson’s office for comment on this story but no response was forthcoming at the time of publication.

Listen to a clip of Merritt’s interview on SiriusXM below: