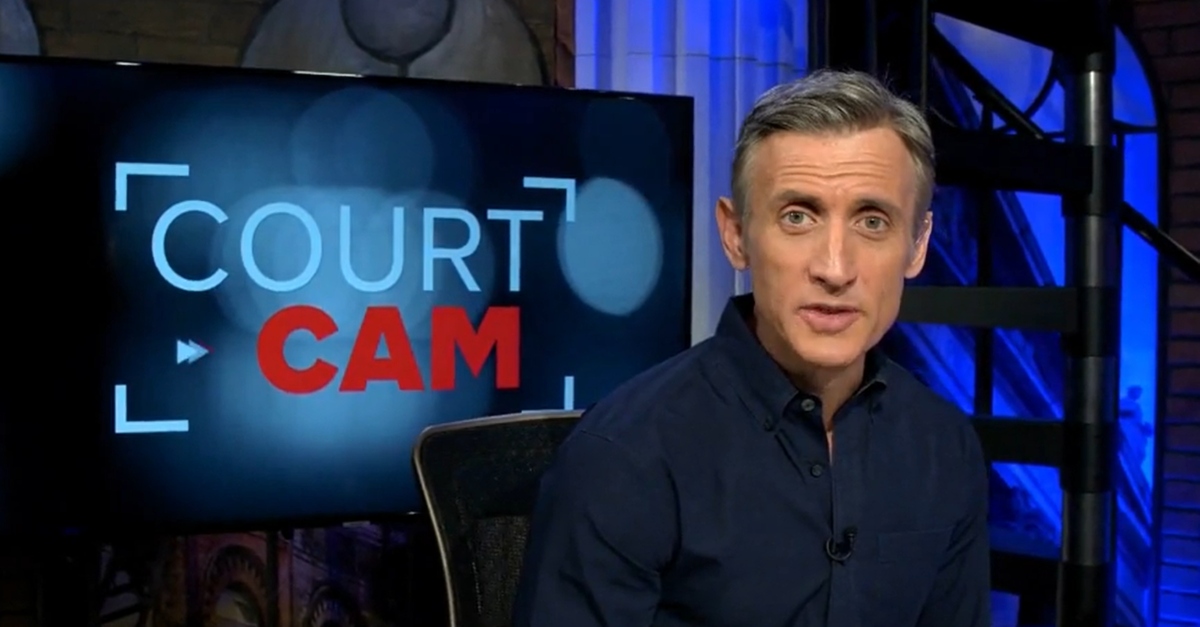 New York, NY – January 30, 2020 — A&E Network has greenlit a second season of the hit-series “Court Cam” which was the #1 cable show on Thursday nights among Adults 25-54.** Across its first season, the series delivered more than 2 million total viewers per episode*** and was A&E’s #1 new series in 2019****. Executive produced by Law & Crime Productions and Dan Abrams, host of A&E’s “Live PD” and Chief Legal Analyst for ABC News, the series provides unparalleled access to amazing courtroom moments from the most high-profile trials to minor court proceedings.

“Court Cam” chronicles some of the most stunning and emotional courtroom moments caught on camera. Whether it be frightening outbursts, crazed defendants, amazing acts of service or furious judges, the series gives viewers a comprehensive look at how all of the action unfolds. Paired with interviews with judges, witnesses, bystanders, and victims, viewers are kept on the edge of their seats as Dan Abrams gives viewers a firsthand look at some of the most startling courtroom moments.

“This series is a prime example of the type of eye-opening programming that A&E strives to deliver. Following the success of its first season, we are looking forward to continuing this journey with Dan Abrams as we further our exploration of all facets of the criminal justice system,” said Elaine Frontain Bryant, EVP and Head of Programming, A&E Network.

A&E leads the cultural conversation through high-quality, thought provoking original programming with a unique point of view. Whether it’s the network’s distinctive brand of award-winning disruptive reality, or groundbreaking documentary, A&E always makes entertainment an art. The A&E website is located at aetv.com.  Follow us on Twitter at twitter.com/aetv and Facebook at facebook.com/AETV.  For more press information and photography please visit us at press.aenetworks.com.

Law & Crime Productions is the production arm of the 24/7 Law & Crime Network which offers round the clock live trial coverage and analysis distributed on OTT and basic cable. Law & Crime Productions creates, produces, and develops the most compelling true-crime and legal content for award winning networks/platforms using its talent, expertise, and access to hundreds of trial archives. Founded by Dan Abrams, CEO of Abrams Media, Chief Legal Analyst for ABC News, and the host of A&E’s top-rated cable series, “Live PD.” Abrams was previously the co-anchor of ABC’s “Nightline,” General Manager of MSNBC as well as host of “The Abrams Report” and “Verdict with Dan Abrams” on that network,  Abrams is also a New York Times bestselling author with numerous titles including 2019’s Theodore Roosevelt For the Defense: The Courtroom Battle to Save His Legacy.