A Year Later, There Are Multiple Theories But No Answers in Mother’s Day Murder of Pa. Teacher 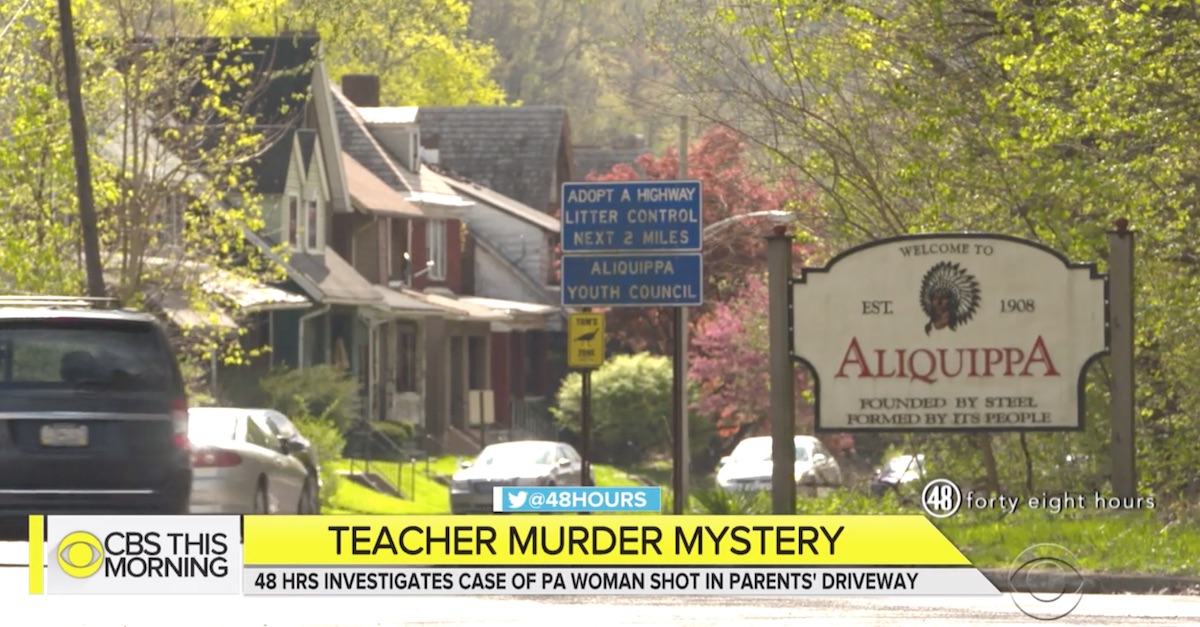 More than a year after 33-year-old Rachael DelTondo was shot point-blank in her mother’s driveway on Mother’s Day the case remains unsolved. There are multiple theories about who did it and why, including one that someone in the local police department was responsible.

DelTondo’s mother, Lisa DelTondo,  told CBS’ 48 Hours that  Sheldon Jeter, 21, was obsessed and in love with her daughter. The comments came during a special report, “What Happened to Rachael?,” which is scheduled to air in full on Saturday at 10 p.m.

In February 2016, Jeter and DelTondo were stopped in a parked car by Aliquippa, Pennsylvania police officers. DelTondo told the police that Jeter was a former student and that they were just friends. The police made no arrests and let them go. But then in November of 2017, the incident report of the stop was leaked to the press and DelTondo was put on paid leave by the PA Cyber Charter School she worked at.

The day after DelTondo was killed, police interviewed Jeter. He claimed that he and the victim had an on-again off-again relationship but that he had nothing to do with her murder. He said that they had remained friends.

Investigators in suburban Pittsburgh now say the shooting death of a 33-year-old former teacher likely was a "crime of passion." Rachael Deltondo was shot multiple times in her mother's driveway on Sunday. Investigators believe she knew the shooter https://t.co/NkaKm0fNlb pic.twitter.com/xWyjESvbbj

Jeter’s attorney said that “it’s fair to say” that her client is a suspect, but argued he wasn’t the only one.

“But there is a cast of characters that all could be considered suspects,” the attorney said. “I would say her fiancé is a possible suspect.”

DelTondo’s mother claims that her daughter’s ex-fiancé Frank Catroppa threatened to kill her daughter a long time ago. DelTondo broke off their engagement back in 2017, but Catroppa also said that they had remained friends and had no motive for killing her.

Catroppa told police that he was with his mother at the time DelTondo was killed and that there is video surveillance from his home that confirms this.

“When you’re with someone for eight years you just hope that they get justice,” Catroppa told reporters last year.

Another theory of what happened to DelTondo was that it was retaliation for her cooperation in a corruption investigation into the Aliquippa Police Department. DelTondo’s mother claims that her daughter was receiving death threats over her cooperation.

Erin Moriarty, the 48 Hours reporter who interviewed DelTondo’s mother, asked former assistant chief of police for the Aliquippa Police Department Joe Perciavalle if he thought the police department was involved in DelTondo’s death.

Perciavalle was with the department at the time of DelTondo’s murder.