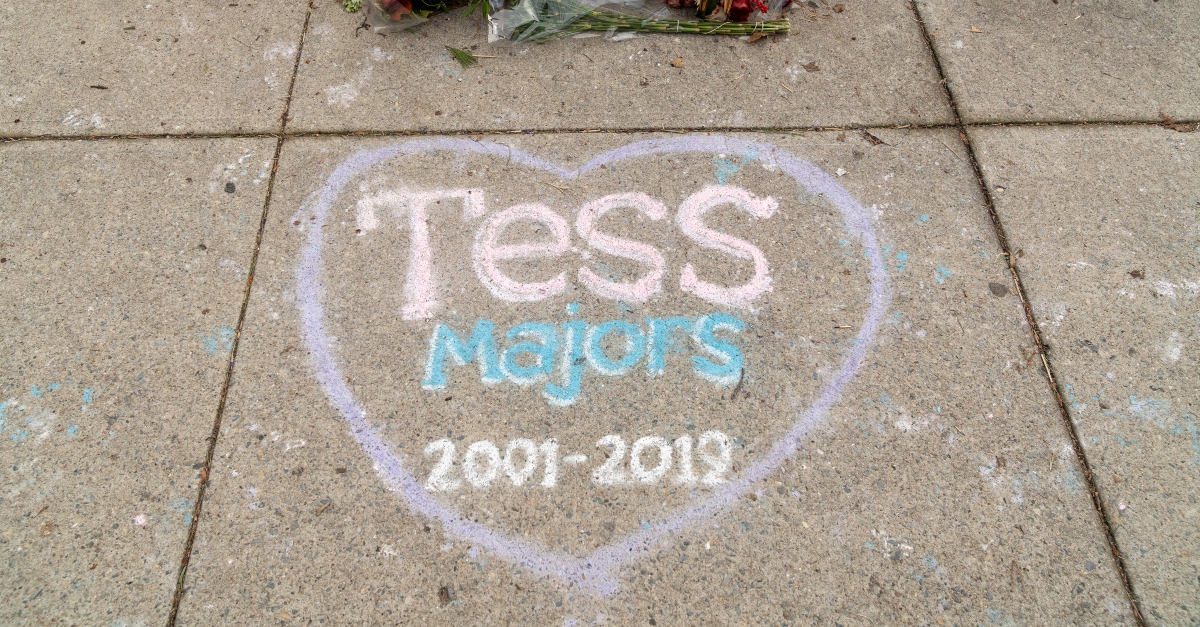 A 14-year-old defendant in the 2019 killing of Barnard College student Tessa Majors, 18, was sentenced to 18 months in juvenile detention on Monday afternoon according to 1010 WINS. After six months, the Administration for Children’s Services has the option to release the defendant, but it will continue to monitor him. (Law&Crime is not naming him because he wasn’t charged as an adult.)

The defendant pleaded guilty to first-degree robbery in Majors’ death. Two other defendants–Rashaun Weaver, 15, and Luchiano Lewis, 15–are being prosecuted as adults on charges of second-degree murder and robbery.

Under the terms of the guilty plea, the 14-year-old who was sentenced Monday admitted to accompanying Weaver and Lewis in a robbery at Morningside Park near the Barnard College campus on December 11, 2019.

“I went into Morningside Park in Manhattan with Rashaun and Lucci,” he said in a June 3 court appearance according to WABC. “We went to the park planning to rob someone. In the park, one of my friends dropped a knife. I picked up the knife and handed it to Rashaun. After that, we saw Tessa Majors walking on the stairs inside the park. Rashaun went up to her and said something to her and Tessa yelled for help. Rashaun used the knife that I had handed to him to stab Tessa and I saw feathers coming out of her coat. Then I saw Rashaun take a plastic bag out of her pocket. Tessa went up the stairs towards Morningside Drive and Rashaun, Lucci and I followed her up to the platform. After that, Rashaun, Lucci and I ran out of the park together.”

Weaver allegedly committed the actual stabbing while Lewis held Majors in a headlock.

The incident reverberated through the Barnard campus and nearby Columbia University.

Tessa Majors had her entire life ahead of her. A first-year student at Barnard, she wanted to be a musician. Her life, cut short after being brutally stabbed during a mugging at a park next to Columbia University. @PIX11News #TessaMajors #Columbia #Barnard #NewYork pic.twitter.com/uFEfGZ8Irj

NEW ARREST: A 14-year-old boy has been charged with murder in the fatal stabbing of Tessa Majors, a Barnard freshman who was killed last year in New York. @sramosABC has more with the slain teen’s final plea for help. https://t.co/ouZT2Pma7Q pic.twitter.com/BOO4WZwtPE