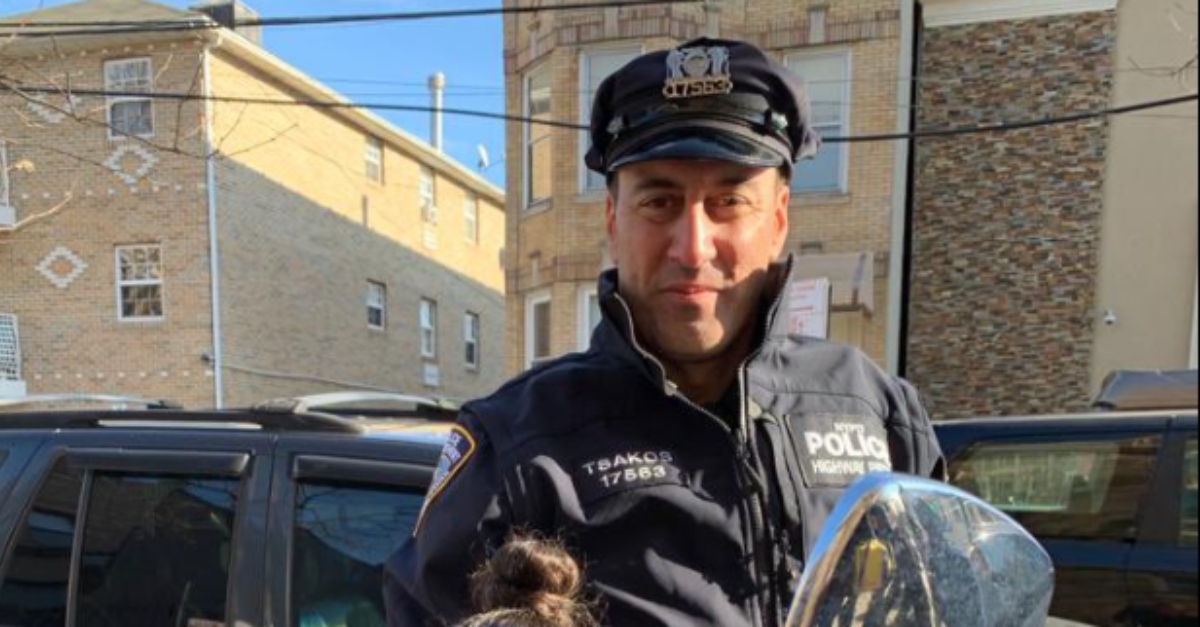 A woman in Queens, New York is charged on Tuesday with fatally hitting a New York Police Department officer who was diverting traffic on the Long Island Expressway. There’s no dispute she killed him. While being escorted in handcuffs, defendant Jessica Beauvais, 32, apologized for causing the death of Anastasios Tsakos, 43.

UPDATE : “I’m sorry that I hit him and that he’s dead” – 32 year Jessica Beauvais of Hempstead apologizes for this morning’s fatal hit and run that killed #NYPD officer Anastasios Tsakos – a father of two children from Suffolk County @News12LI @NYPDnews pic.twitter.com/s5tCD6rDm0

In a press conference on Tuesday, NYPD Commissioner Dermot Shea said Tsakos, a 14-year veteran of the force, responded to the scene of a fatal, single car crash that took the life of a passenger earlier. As part of work, he was diverting traffic off the highway. At about 1 a.m., Beauvais, a Hempstead resident who was driving a 2013 Volkswagen, swerved to avoid vehicles, and struck the victim head-on next to his marked police car, Shea said. The commissioner described her vehicle as sustaining damage to the front, as well as a “completely shattered” windshield.

The defendant, who faces charges including vehicular manslaughter, was intoxicated and had a suspended license, Shea said.

Tsakos’ colleagues on the NYPD mourned him on Tuesday. He was a father of a 6-year-old girl, and a 3-year-old son, said NYC Mayor Bill de Blasio.

A solemn salute as cops lined the streets to pay their respects to Police Officer Anastasios Tsakos, who was tragically killed in the line-of-duty this morning after being struck by a drunk driver on the Long Island Expressway. pic.twitter.com/SCgAK8SMeL

So sad we lost one of our own, PO Tsakos @NYPDHighway3. You will be remembered for making our kids day at a Christmas party @NYPD104Pct . Please keep his family in your prayers🙏🏾 pic.twitter.com/J7kxGVx1gX

Our heart breaks for the family of PO Tsakos, who lost his life early this morning. Please keep his family, friends and colleagues in your prayers. pic.twitter.com/uRukDrzmOT

“The pain she’s going through, there are no words for,” Shea said of the officer’s widow.

He said that those who worked with Tsakos described him as “the best of the best.”