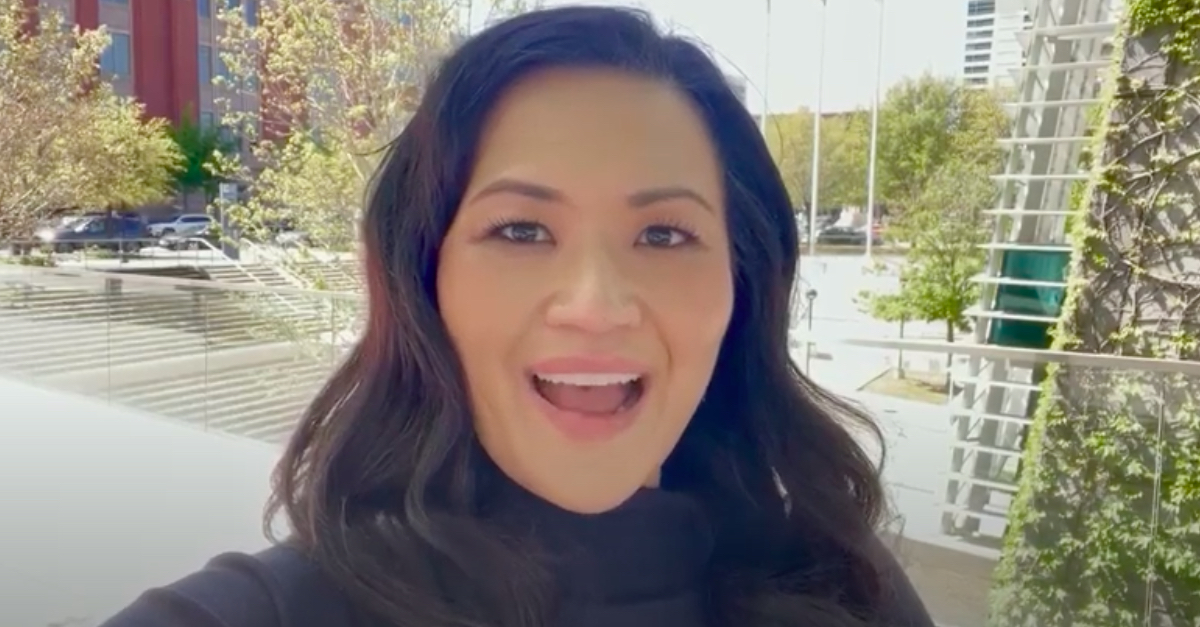 A former Trump administration official and GOP House candidate on Monday filed a lawsuit accusing the Texas Tribune of defaming her when it referred to her anti-Chinese Communist Party comments as a “racist” denunciation of Chinese immigrants in general.

Sery Kim, a Korean American who previously served in Donald Trump’s Small Business Administration (SBA) came under fire last week after she appeared to broadly say during a Republican party immigration forum in Arlington that she didn’t want immigrants from China to come to the United States.

“I don’t want them here at all,” Kim said in response to a question about potential Chinese immigrants (Kim has said she was referring to the Chinese Communist Party and its adherents, not those fleeing oppression). “They steal our intellectual property, they give us coronavirus, they don’t hold themselves accountable.”

She added, “And quite frankly, I can say that because I’m Korean.”

In the lawsuit, which Kim filed pro se (without an attorney) in Tarrant County District Court, the first-time congressional candidate made several eyebrow raising choices, beginning with her decision to reproduce a series of racist, vile emails that she received following the Texas Tribune’s reporting. Kim, who graduated from the University of Texas School of Law, claimed the Texas Tribune should have published the hate mail sent to her instead of simply saying she was “facing intense backlash.”

“The Texas Tribune fails to reproduce the ‘intense backlash’ which they were given examples of directly by Sery Kim,” the suit stated, followed by expletive-ridden verbatim quotes from various email addresses. “The Texas Tribune racist comments article validated these disgusting comments by simply dismissing these three examples of obscene hatred as ‘intense backlash.’”

Kim also alleged that the Texas Tribune acted with “actual malice”—publishing statements known to be false or acting with reckless disregard for the truth—because they waited a few days to publish the article.

“By choosing to write the story, almost four days after the event, The Texas Tribune intentionally republished with actual malice a fresh take on the story,” Kim wrote, citing to three other outlets that did write about the forum. “The Texas Tribune did not write a story at 12:01 am, Saturday, April 3, 2021, and throughout the entire daylight hours when, for a second day in a row, Sery Kim was on the front cover of The Drudge Report and several more national publications such as Bloomberg wrote a story about Sery Kim speaking up against the Chinese Communist Party.”

At one point, Kim appeared to confirm that she said what the Texas Tribune article stated she said.

“Even the only reporter physically present at the March 31, 2021 forum, Gromer Jeffers, wrote an article published on April 1, 2021 in the Dallas Morning News, headlined ‘I don’t want them here at all,’ Texas GOP congressional candidate says about Chinese immigrants,’” Kim wrote.

Thus, her entire lawsuit, which seeks $10 million in damages, is based on whether or not her remarks can be classified as “racist,” which may be a matter of opinion that is not actionable. The Texas Tribune referred to Kim’s comments as racist but never said Kim herself was a racist.

Kim also claimed she “is not a public figure” for purposes of defamation despite touting her accomplishments as a public servant under George W. Bush, President Trump, and Rep. Darrell Issa (R-Calif.), and repeatedly noting how she has been covered by local and national news outlets.

Northwestern Law professor Paul Gowder and attorney Andrew Fleischman both criticized Kim’s arguments about whether or not she’s a public figure.