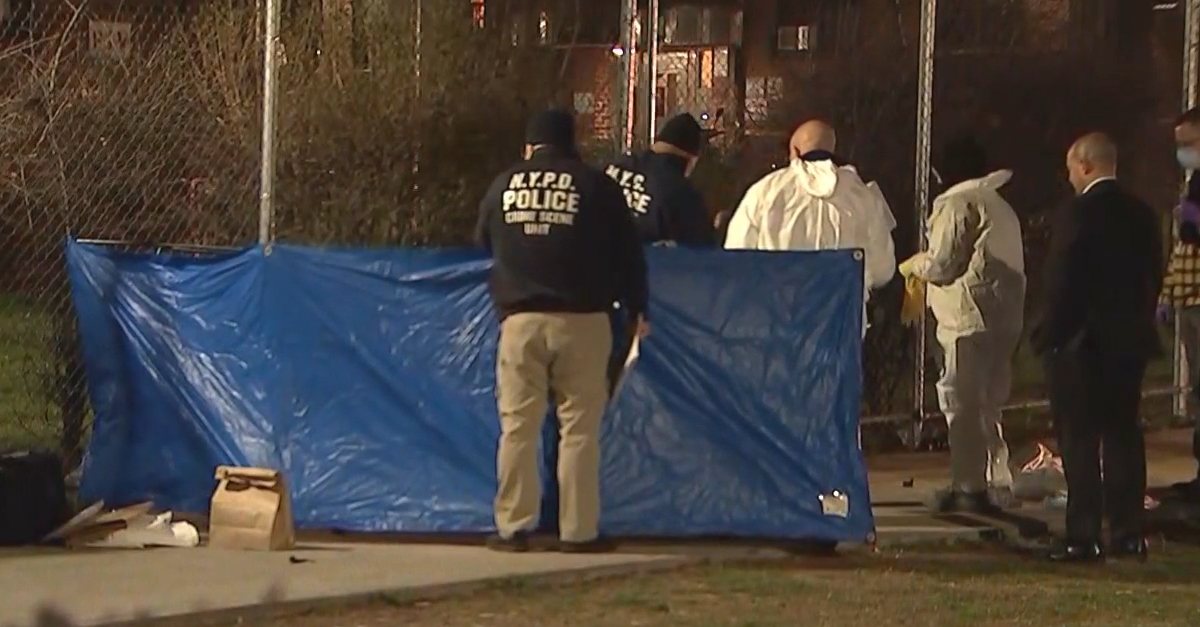 A 9-year-old girl in New York City called 911 late Monday when her father shot and killed her mother and two sisters, say police. A spokesperson for the police department did not name the suspect or victims, pending proper family notification.

According to police, NYPD responded to the call at 11:22 p.m. regarding shots fired at the Van Dyke Houses in the Brownsville neighborhood of Brooklyn. Police found the three women unresponsive in an apartment. The victims had been shot. EMS declared them dead at the scene.

Police said the 9-year-old girl made this first call. Amid the investigation, there was a second 911 call about a man shot nearby at Mother Gaston Boulevard and Sutter Avenue. Police think he shot himself in the head. Investigators said they found two guns.

The NYPD spokesperson had no information on who was currently taking care of the 9-year-old, but said she was physically unharmed.

Three women and a suspected gunman are dead in what police believe is a murder-suicide in Brooklyn. “We have video of the incident where the individual then leaves and takes his own life just a short distance away,” Police Commissioner Dermot Shea told NY1. pic.twitter.com/XiZe7GC5Fl

BREAKING: Police say a man shot and killed the mother of his 9yo daughter and 2 of her female family members insider her #Brownsville BK apartment. He then killed himself. Their daughter wasn’t injured but was the one who called 911. Latest on @CBSNewYork pic.twitter.com/lTjef1SKJa

The alleged motive is unclear, though NYPD Commissioner Dermot Shea told NY1 on Tuesday that it seemed to be “domestic in nature.” The investigation is ongoing.