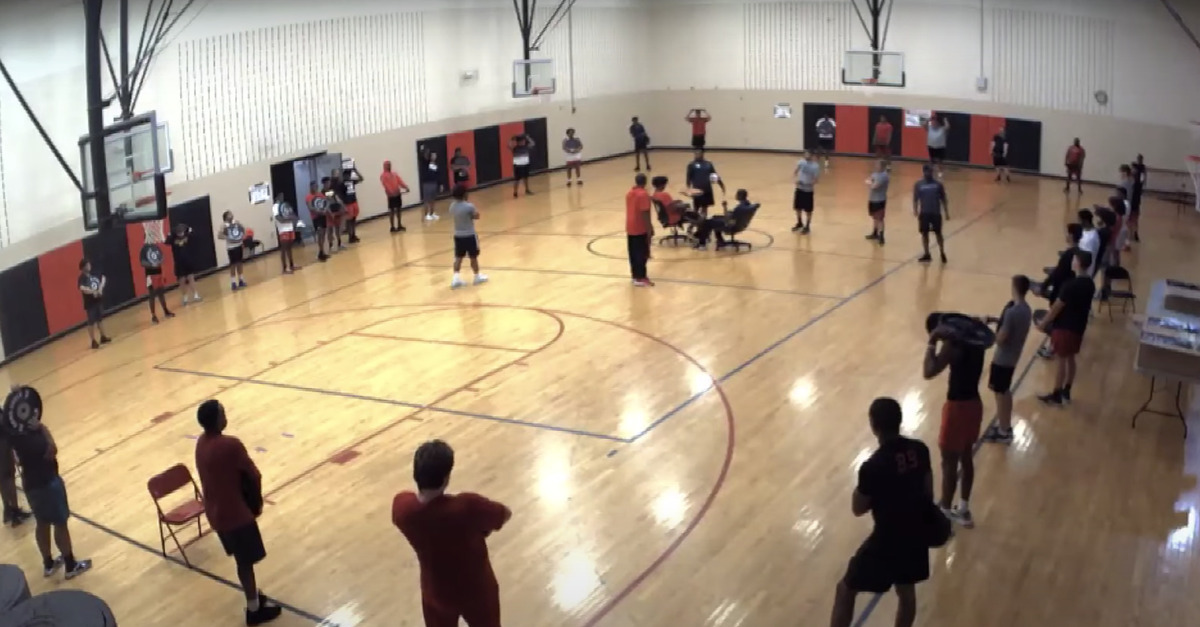 Surveillance footage shows a student sitting at the center of a gymnasium while others line the room’s perimeter.

A federal court ruled Thursday to dismiss most claims against an Ohio school district in a civil rights case filed by a Hebrew-Israelite former high school football player against the district and his coaches for allegedly being forced to eat pepperoni pizza.

The plaintiff, an African-American high school senior at the time of filing, is identified in court documents only as “K.W.” or “Junior.” He claims that although his coaches knew he did not eat pork products on the basis of his religion, they “ordered” him to consume an entire pepperoni pizza as a punishment for missing a workout due to a shoulder injury. The incident was captured on video.

Thereafter, K.W. says he was made to sit in the middle of the gymnasium and eat the entire pizza while the rest of the team carried heavy weights around the perimeter of the room. After the student finished the pizza, the complaint claims, he was immediately “forced to run up and down the football field and practice ‘duck walks.'” As a result of the incident, the family claims to have been forced to transfer the student to a different school district.

K.W. and his parents filed a federal civil rights lawsuit in U.S. District Court in Ohio, raising claims for over $12 million in damages for violation of his First Amendment rights from the school district and the former coaching staff.

The various defendants all filed motions to dismiss. The coaches argued that their actions “did not violate the plaintiffs’ First Amendment free exercise rights because they employed a neutral and generally applicable form of discipline that only incidentally burdened [K.W.’s] religious practice or belief and which was reasonably related to a legitimate educational purpose.” They further argued that there was no equal protection violation, because nothing they did had been motivated by racial or religious hostility. Rather, the coaches said, the pizza eating was a “technique” that “was intended to teach Plaintiff K.W. (Junior) (and his teammates) a lesson about teamwork, responsibility, and accountability.”

The school district, superintendent, and school board raised a number of procedural defenses which were accepted by U.S. District Court Judge John R. Adams (a George W. Bush appointee). Judge Adams dismissed claims against Superintendent Jeffrey Talbert, the school district, and the school board on various grounds such as redundancy, immunity, and lack of direct action against the plaintiff. The judge has not yet ruled on the motion to dismiss filed on behalf of the coaches (Marcus Wattley, Frank McLeod, Zachary Sweat, Romeo Harris, Cade Brodie, and Tyler Thatcher).

K.W.’s attorney, Edward Gilbert, said in an emailed statement to Law&Crime: “We are pleased with the Court’s ruling. We have maintained all along that such a practice was stupid and beyond common sense.” Gilbert called the defenses raised by the coaches “bogus” and “nothing more than a lot of hot air.” Gilbert further commented that he and his clients “look forward to the prosecution of the unconstitutional acts of the Defendants.”

Peter Pattakos, attorney for the coaches, responded as well.

“We expect the coaches will be shortly dismissed from the suit as well, just as the other individual school-district defendants were,” Pattakos told Law&Crime in an email Saturday.

Pattakos added that discovery in a separate but related defamation case filed by the coaches against K.M. and his attorney last June “has shown that the player’s claims that the coaches deliberately violated his religious beliefs are a complete fabrication.”

No trial date has yet been set in the case.

Editor’s Note: This piece was updated from its original version to clarify that the court’s recent ruling did not address the motion to dismiss filed on behalf of the defendant coaches, and to add comment by Mr. Pattakos.