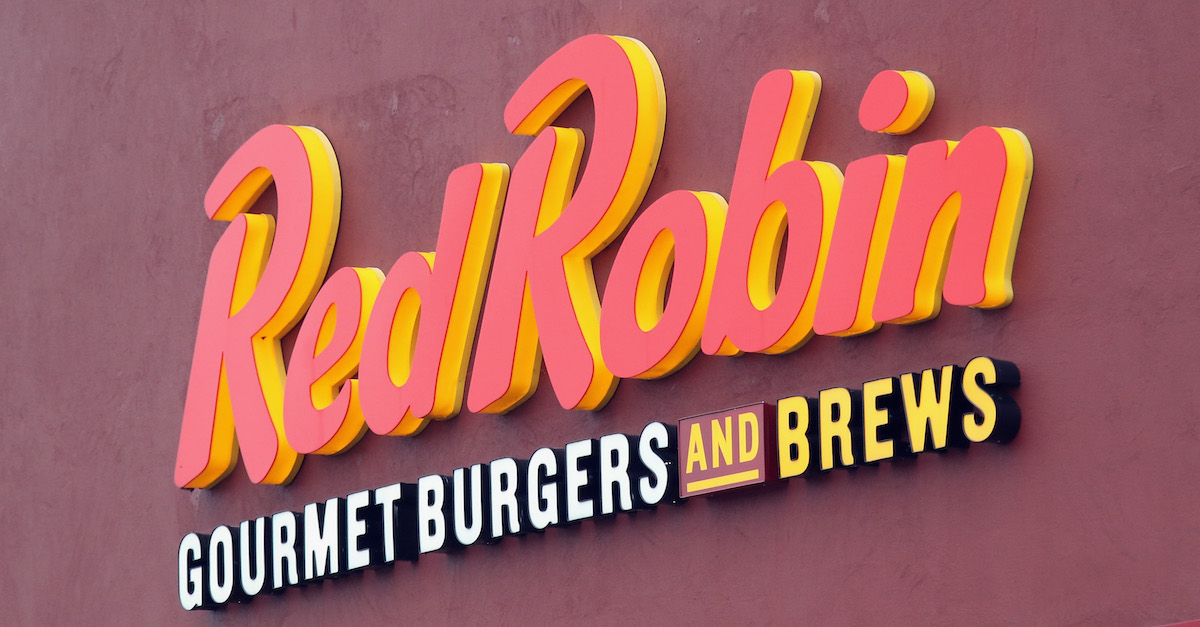 A legally sobering decision involving a lawsuit about beer recently provided a federal judge in Nevada a chance to ferment a creative home brew of hand-crafted language and to pour it — drop by drop — into an otherwise mundane legal document. The references to ale — at lest eight in total — are scattered throughout an order which sends a class action lawsuit about the alleged portioning practices of Red Robin restaurants back to state court.

“Because Red Robin’s figures are mostly foam and fail to satisfy CAFA’s [the Class Action Fairness Act’s] jurisdictional amount-in-controversy threshold, I grant the motion,” wrote federal judge Jennifer A. Dorsey (emphasis ours throughout).

That line about “foam” wasn’t the only beer reference the judge poured into her prose.

First, though, legal claims and the relevant background.

The plaintiffs — Christopher Bruun and others — claimed they “were cheated out of two ounces of the Stella Artois beer” at Red Robin restaurants because the 16-ounce beers they ordered were served in “chalices” which “actually hold just about 14 ounces,” which is two ounces short of the standard pint. That’s according to a paragraph Judge Dorsey penned to recap the litigation.

Procedurally, here’s what occurred. Federal courts are courts of limited subject matter jurisdiction. They can hear claims arising under federal law (e.g., copyright, trademark, civil rights, etc.). They can also hear state law claims under what’s called diversity jurisdiction. That occurs, generally speaking, where all the plaintiffs and all the defendants in a particular case are residents of different states and the amount in controversy is over $75,000. (Residency includes corporate headquarters for businesses.) Another law, the Class Action Fairness Act, expanded access to federal courts in class action cases involving diversity jurisdiction. “CAFA gives federal courts jurisdiction over certain class actions […]  if the class has more than 100 members, the parties are minimally diverse, and the amount in controversy exceeds $5 million,” Judge Dorsey explained.

Here, the legal question was whether Red Robin — the defendant — could move the case to federal court in Nevada. Judge Dorsey said the restaurant chain could not.  Here’s why:

The Red Robin defendants removed this case from state court under the Class Action Fairness Act (CAFA), which requires an aggregate $5,000,000 amount in controversy for federal jurisdiction, noting that their corporate-owned stores have “sold over $16,000,000 worth of draft Stella Artois beer” since 2016, and data from their franchised locations would increase that tally. But the two ounces by which each pour was short would account for just a fraction of that beer money, and Red Robin’s sum ignores the fact that it sold the Stella product in multiple sizes and this action challenges only the 16-ounce one, so the plaintiff moves to remand this action back to state court.

That paragraph made the core legal point, but Judge Dorsey went further by refuting other yeasty claims by Red Robin — and, in the process, by popping the top on another series of beer analogies (again, emphases ours):

Plaintiff Christopher Bruun’s remand motion takes the fizz out of those numbers. He aptly notes that the proposed class members’ damages are just a subset of the total-sales figures because these customers received about 14 of their promised 16 ounces. So the amount in controversy relates to only the two ounces of beer that “Red Robin promised but did not deliver” to the class members, which would make up just 12.5% of the purchase price, or $2,000,000. Yet more discounting must be done because that $2,000,000 figure assumes that all $16,000,000 in Stella sales was for 16-ounce glasses, despite the restaurant offering multiple sizes. Red Robin distills this number down further in its response to the motion to remand, acknowledging that the corporate sales of the 16 ouncers made up just $7.1 million of the Stella sales “for a total of $887,500” in shortage.

The order further says “it is not reasonable to assume that every drop of Stella Artois beer” supports Red Robin’s attempts to get into state court. (Again, emphases ours.)  “So again, temperance must be exercised,” the judge said, when determining the exact dollar amount in controversy.

Judge Dorsey later accused Red Robin of trying to “tap into” sales figures that ultimately don’t support its argument to remain in federal court. She also said that Red Robin’s attempt to add attorneys’ fees into the mix was a “strange brew” that didn’t get the restaurant chain to the “fill line” necessary.

Judge Dorsey was appointed by Barack Obama, who — we note — sought to settle at least one early dispute in his presidency with a glass of lager. “Beer Summit Goes Down Smoothy,” read one amusing headline which recapped Obama’s so-called “beer summit” between a white police sergeant and Prof. Henry Louis Gates, who is Black.