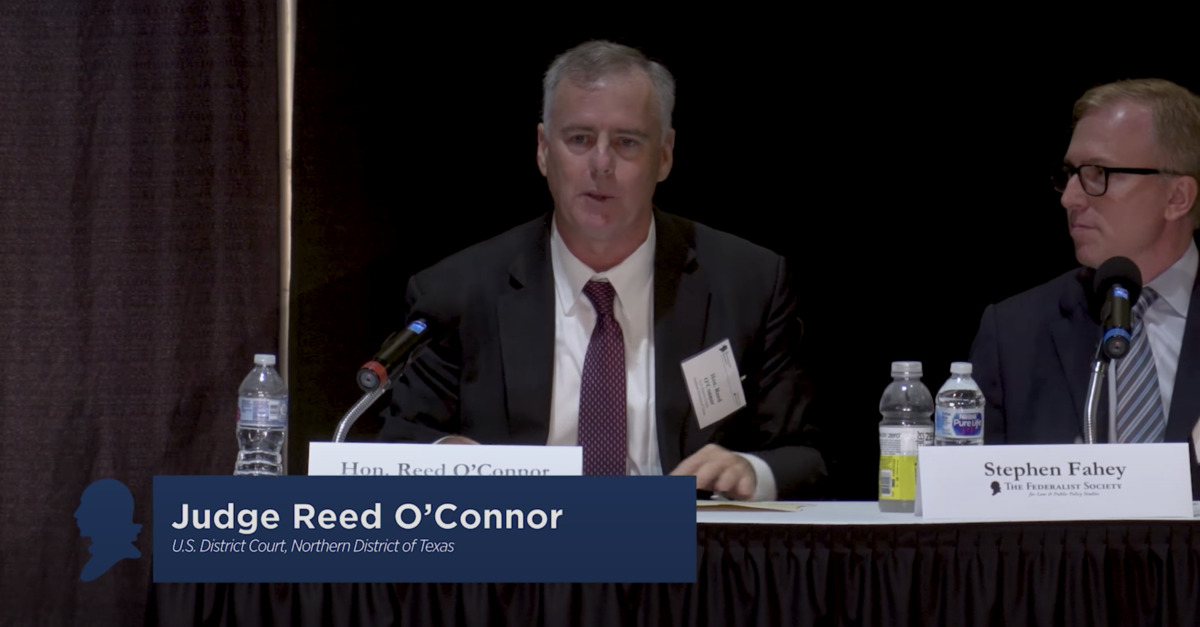 Voiding a mandate under the Affordable Care Act on Wednesday, a federal judge ruled that a Christian company does not have to provide HIV prevention drugs under their employees’ insurance plans, citing its owner’s opposition to “homosexual behavior.”

The 42-page memorandum opinion and order also says, despite the specific claims asserted under RFRA being limited to PrEP drug coverage mandates, that the plaintiffs “suffer injury based on their religious objections to [several] other [ACA] mandates.”

The lead plaintiff, Braidwood Management, Inc. is described by the court as “a Christian for-profit corporation owned by Steven Hotze” that provides health insurance to roughly 70 employees.

Various other Christian businesses and individuals in Texas are also suing, claiming RFRA injuries and other violations based on the PrEP mandate and ACA rules that require health insurance to cover the HPV vaccine, contraception, and screenings for STDs and drug use.

“Hotze wishes to provide health insurance for Braidwood’s employees that excludes coverage of preventive care such as contraceptives and PrEP drugs,” the opinion states. “Plaintiffs argue that Defendants’ enforcement of the preventive-care mandates limits their ability to obtain or provide insurance that excludes their unwanted coverage.”

Hotze objects to providing coverage for PrEP drugs because he believes that (1) the Bible is “the authoritative and inerrant word of God,” (2) the “Bible condemns sexual activity outside marriage between one man and one woman, including homosexual conduct,” (3) providing coverage of PrEP drugs “facilitates and encourages homosexual behavior, intravenous drug use, and sexual activity outside of marriage between one man and one woman,” and (4) providing coverage of PrEP drugs in Braidwood’s self-insured plan would make him complicit in those behaviors. Yet the ACA requires Braidwood to provide coverage for PrEP drugs.

The salient rule being attacked by the litigants here is a 2020 Obamacare add-on mandate instituted by the Biden administration that requires healthcare plans to cover HIV prevention medication free for patients, or, in the parlance of the industry, without “cost-sharing,” under statutory language mandating “preventive care.”

The concept of making HIV-defeating drugs free at the point of use had long been championed by HIV advocates as a way to reduce transmission of the virus and was hailed after the rule was instituted.

Arguing to maintain the mandate, Biden administration attorneys argued that the alleged religious violations cited by the plaintiffs are not really theological in nature, but, rather, a series of incorrect temporal beliefs about PrEP drugs that are not supported by evidence.

The government’s May 2022 reply brief argues [emphasis in original]:

Here, Defendants do not challenge Plaintiffs’ religious beliefs. Rather, Plaintiffs have made empirical claims that they do not support with evidence—that coverage of PrEP drugs “encourages” various behaviors and that health insurance companies “use[] [Plaintiffs’] premiums to pay for coverage of PrEP drugs.” These are not claims about Plaintiffs’ beliefs, but about concrete effects of actions in the outside world. And they are unsupported. Plaintiffs offer no evidence whatsoever on the effect the availability of PrEP medications, costless or otherwise, has on the behaviors Plaintiffs condemn, and they concede they cannot identify any impact at all on their premiums from the coverage of PrEP drugs.

In dismissing those arguments as ultimately “unpersuasive,” O’Connor writes that the Biden administration decided against “disputing the law” in favor of an attempt to “dispute Hotze’s beliefs.”

The government, the court says, was trying to litigate the “correctness” of Hotze’s beliefs when courts are limited only to testing the “sincerity of those beliefs,” citing Supreme Court precedent.

Additionally, O’Connor invalidated the composition of the Preventive Services Task Force – the sub-agency that directed the U.S. Department of Health and Human Services to institute the PrEP coverage rule – by finding that the members were appointed in violation of the Appointments Clause.

While the ruling is a decided setback for public health, and the Biden administration, the court held off on issuing any particular form of relief, calling for additional briefing from both sides on various issues including “the scope of relief, standing for the remaining Plaintiffs as it relates to the scope of relief, and the claims relating to the contraceptive mandate.”

The federal government will likely appeal O’Connor’s ruling. In December 2018, O’Connor held that the entirety of the ACA was unconstitutional. His ruling was later reversed on appeal by the Supreme Court.