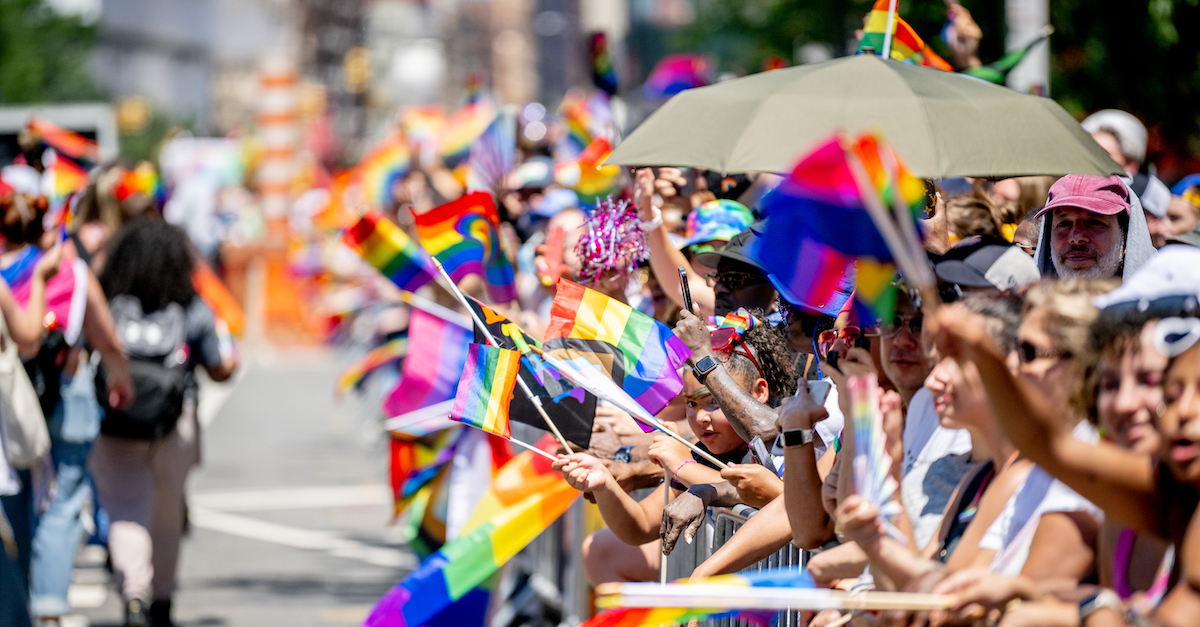 People in Pride colors attend and march during the 2022 New York City Pride March on June 26, 2022 in New York City.

Days before the end of Donald Trump’s tenure, the departing president’s administration imposed a rule that gutted the “non-discrimination” provisions for the receipt of the roughly $500 billion in funds administered by the U.S. Department of Health and Human Services.

A federal judge has rescinded that Trump-era rule, restoring the regulations that existed in the wake of U.S. v. Windsor and Obergefell v. Hodges, the landmark marriage equality rulings.

On Jan. 12, 2021, just as Trump readied to exit the White House, his Department of Health and Human Services issued a rule that granted waivers for faith-based foster groups to bypass “non-discrimination” provisions protecting same-sex or non-Christian couples. HHS is the largest grant-making agency in the United States, funding services that benefit children foster care, homeless youth, and elderly people.

“It is a public policy requirement of HHS that no person otherwise eligible will be excluded from participation in, denied the benefits of, or subjected to discrimination in the administration of HHS programs and services based on non-merit factors such as age, disability, sex, race, color, national origin, religion, gender identity, or sexual orientation,” the 2016 rule stated.

HHS also found that “all [grant] recipients must treat as valid the marriages of same-sex couples,” in accordance with Supreme Court precedent.

The Trump-era rule explicitly abandoned that provision, replacing it with language that the Windsor and Obergefell precedents had “limits.”

“Those cases do not require private individuals to abandon any views or beliefs that they have about same-sex marriage; nor could they, given that the Due Process Clause and Equal Protection doctrine do not regulate private conduct,” the Trump-era rule read.

Currey Cook, a senior counsel and Youth in Out-Of-Home Care Project Director at Lambda Legal, celebrated the removal of the “continuing threat the presence of the discriminatory Trump-era rule posed to some of the most vulnerable members of society, including LGBTQ+ children, seniors, and people with low income, who rely on federally funded programs to meet their basic needs.”

“Beneficiaries and participants in HHS funded programs should have the basic expectation that they can access all services and care and do so without facing harm,” Cook wrote in a statement. “This week, the court took an important step on the heels of HHS’s acknowledgement of a flawed process that violated important procedural safeguards ensuring that comment by the public is meaningfully considered.”

“While today’s victory is a step in the right direction, the Trump-era decision not to enforce the lawful 2016 rule has not yet been reversed,” Miller added.

HHS did not immediately respond to Law&Crime’s email requesting comment.